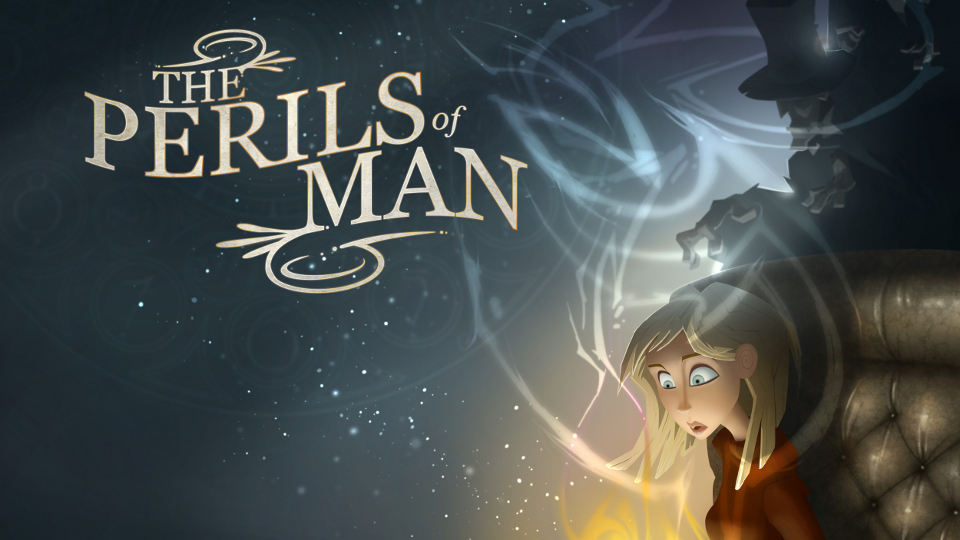 Former boutiq animation team plunges into the games industry with IF Games – a new game studio with a passion for storytelling and cinematic appeal – and joins hands with ex-LucasArts game designer Bill Tiller to develop their debut title Perils of Man; a serialized adventure game to be released on iPad in October this year.

Perils of Man is an adventure game for inquisitive teens, to be released in two parts; each with an ambitious two to three hours of gameplay. “We needed to create an original story that would set the mood throughout the game,” producer Nathan Ornick clarifies. By bringing veteran game designer Bill Tiller together with Hollywood screenwriter Stephen Beckner, and Perils’ creative director Michael Huber, the team developed a sweeping, multi-generational saga. The result is a captivating story centered around a teenage girl who is thrown into a hidden world of time-travel, global catastrophe and personal triumph when she uncovers a lost technology with the potential to eliminate all the uncertainties of life.

Perils of Man is the first release from the brand new game studio IF Games. “For our debut game, we decided on the adventure genre,” explains boutiq and IF Games co-founder Huber, “games that remind us of the ones we played when growing up ourselves.” IF Games co-founder Nathan Ornick would go on to contract ex-LucasArts game designer Bill Tiller, who has collaborated on a range of hit adventure games such as The Dig, The Curse of Monkey Island and Indiana Jones and the Infernal Machine. “From the start, we decided to work with Bill Tiller, who eventually became the mentor of this insanely ambitious project and our dedicated team of key contributors that includes Gene Mocsy (additional Game Design) and Dave Neale (Art Director),” Ornick explains.

Perils of Man is the result of a unique team of collaborators combining boutiq’s technical expertise with a ferocious dedication to detail. “We look forward to future projects and apply all the things we’ve learned on this journey to our newly founded game company IF Games,” states Philipp Zünd, CEO of boutiq animation studio and IF Games co-founder.

Perils of Man: Episode 1 is available starting October, 2013 on iPad (iOS 6 and up) and is distributed on iTunes, with the second episode to follow later in 2013.

In this article:Adventure, iOS, The Perils of Man