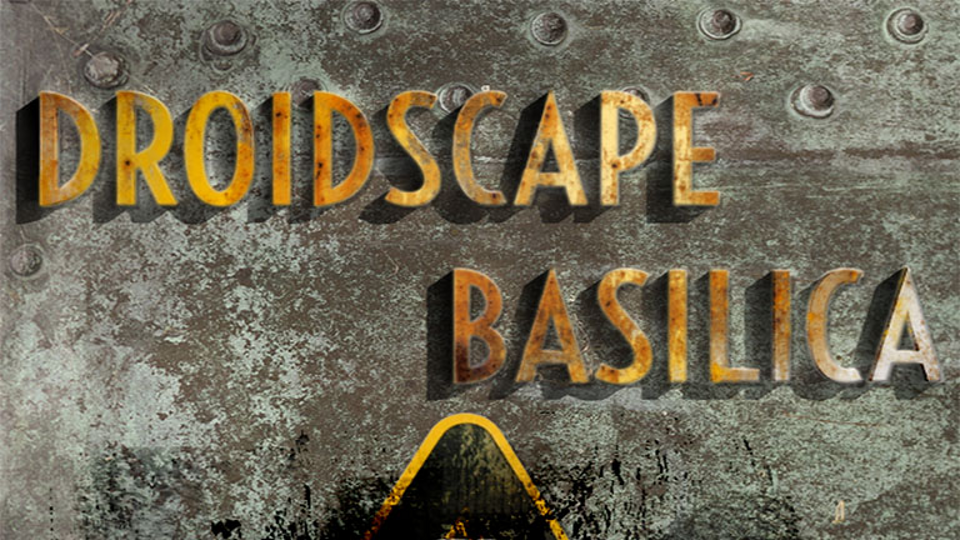 Droidscape: Basilica is the debut game from indie developer Kyttaro Games. The game is a sci-fi action puzzler with stop-motion animated graphics and some interesting experimental technology. We’ve been spending some time with it on the iPad to see if it’s worth your time.

The Basilica has been invaded and the Guild has been wiped out. All apart from one member, a Chronomancer named Aetherion, who takes the name of TAL. You play as TAL who has been taken hostage aboard the Basilica. In an effort to escape TAL creates a servitor droid that he names Bishop 7. This droid can be remotely controlled by TAL and that is what you spend your time doing throughout the game.

The game features 60 levels for you to complete. To do this you need to navigate Bishop 7 to the exit on each level. This is a two-step process where first you must plot a path through the level. The levels are full of enemy patrols so some thought is needed to pick the safest route. You must also ensure that Bishop 7 collects any keys needed to open doors and there are gems available to collect too.

Something else to consider is that Bishop 7 has a limited amount of power which is drained as he moves. As you plot your path you should make sure you cross any charge stations along the way. The early levels are very simple but they gradually increase in complexity and add more elements such as traps and buttons to press.

Once your path is set step-two begins which is where you get to control Bishop 7. The default control method is using an on-screen joystick. This can be moved left and right to move Bishop 7 along the path you laid out. The further you move the stick the faster he will go and resetting back to the center makes him stop. You can move back and forth on the path but once step-two has begun you cannot change it unless you fail. Getting through the levels can be quite a tense experience.

The game features an alternate control method using their experimental Headtwister technology. This uses your iDevice’s front-facing camera to track your head movements. By turning your head left or right you can control the on-screen joystick. The developers are keen to point out that this is still experimental. Our experience with it shows that it does work as long as you are the right distance from the screen in a well-lit environment. However the level of control is not as accurate as the on-screen stick which makes it a far tougher and more frustrating game.

The graphics deserve a special mention because the team have spent a great deal of time on them. Everything has been sculpted and then painstakingly brought to life using stop-motion animation. This gives the game a unique look and feel.

Droidscape: Basilica is a decent first effort from the team at Kyttaro Games. We found it gets repetitive during extended play but it’s a good game to play in short bursts. With a substantial amount of content and more on the way this is a game that should keep you busy for quite some time. Fans of puzzle and strategy titles should definitely check it out.