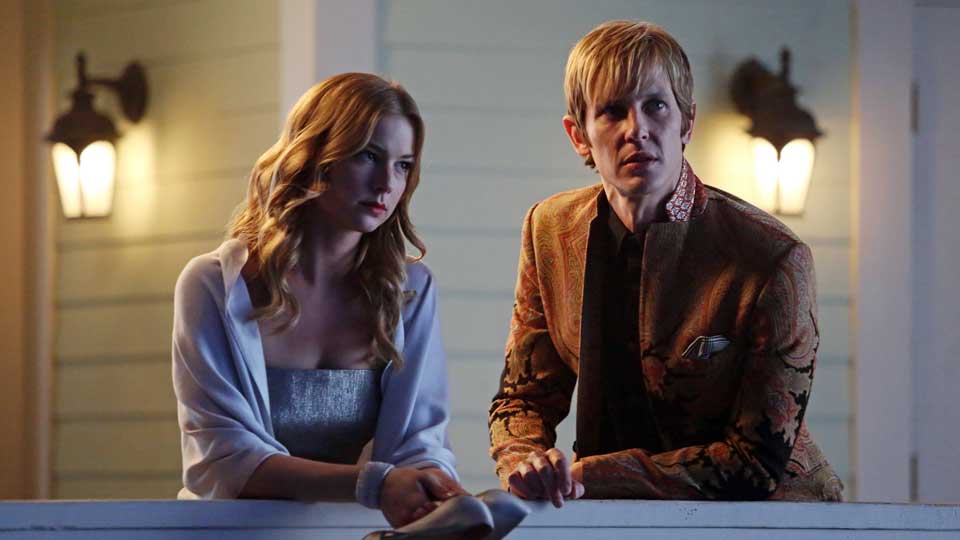 Revenge will be streamlined when it returns for its third season it has been reported.

TVLine confirms that Emily Thorne’s love life is about to get much simpler as she will be torn between Aiden and Jack, with Daniel on the sidelines.

Talking about how Daniel will be taken out of the equation as a love interest Emily Van Camp, who plays Emily, says, “She’s really using Daniel. It’s unfortunate. There really is not the element of love between Emily and Daniel. It’s part of her plan. Jack and Aiden are her two great loves, for very different reasons.”

At the end of the second season Emily revealed her true identity to Jack to stop him shooting Conrad. She was also engaged to marry Daniel in a bid to ruin his family and was unaware that Aiden was in danger.

Who will Emily end up with? We’re guessing Jack may have some issues with her and who knows how Aiden feels after his showdown with Daniel? We suspect more heartache for her.

In this article:Emily Van Camp, Revenge