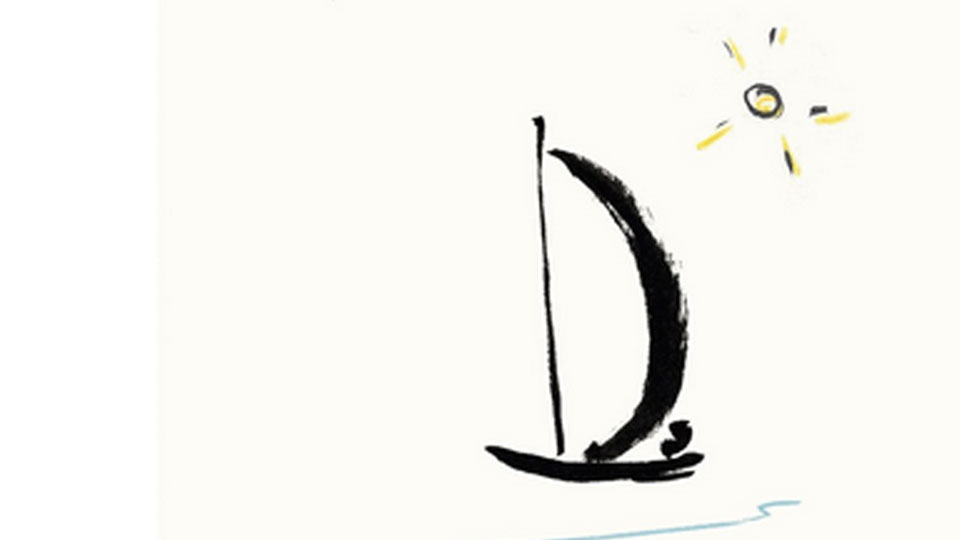 2013 marks the centenary of French writer and sometime essayist Albert Camus. In celebration, Penguin is publishing new editions of his best-known works, including his last, incomplete novel The First Man, and his masterpiece The Outsider, on October 31st.

To whet readers’ appetites, the small twenty-three page The Sea Close By unites two disparate essays from opposite ends of Camus’ literary life. The Sea Close By, first published in 1954, six years before his untimely death, recounts Camus’ experience on board a sailing ship voyaging around the New World. In allegorical and lyrical language, Camus evokes the movement of the sea and the sense of calm extended travel time affords him. The last line is suggestive that the whole essay is an extended metaphor.

Summer in Algiers, written in 1938 when Camus was in his mid-twenties, is the author’s reflection on the city (and by implication, country) of his birth, when the North African country was a French colony. The language is more accessible, and the sights and sounds of everyday life are vividly captured in prose. What dates it is some of his commentary on the indigenous population. “The notion of hell, for instance, is merely a funny joke here,” he writes. He goes into detail about the Algerian observance of death, finding “nothing sacred”. Most uncomfortably, he writes, “Here intelligence has no place, as in Italy. This race is indifferent to the mind.”

In a few candid and startling sentences, remarkable and unacceptable to modern sensibilities, Camus illuminates much about the colonial mindset that was already on its way out in the 1930s, and reads now as if from another epoch. Whilst Camus was the product of a different time, his writing is nevertheless provocative, thoughtful and colourful.

The Sea Close By will be a tempting purchase for those wanting to dip a toe into Camus’ canon but want to start with a morsel. The relative obscurity of both essays will ensure the title’s popularity amongst aficionados too. The price of the slim volume is appropriately adjusted down to ensure that The Sea Close By is value for money. An entertaining hour’s reading (if you savour it).