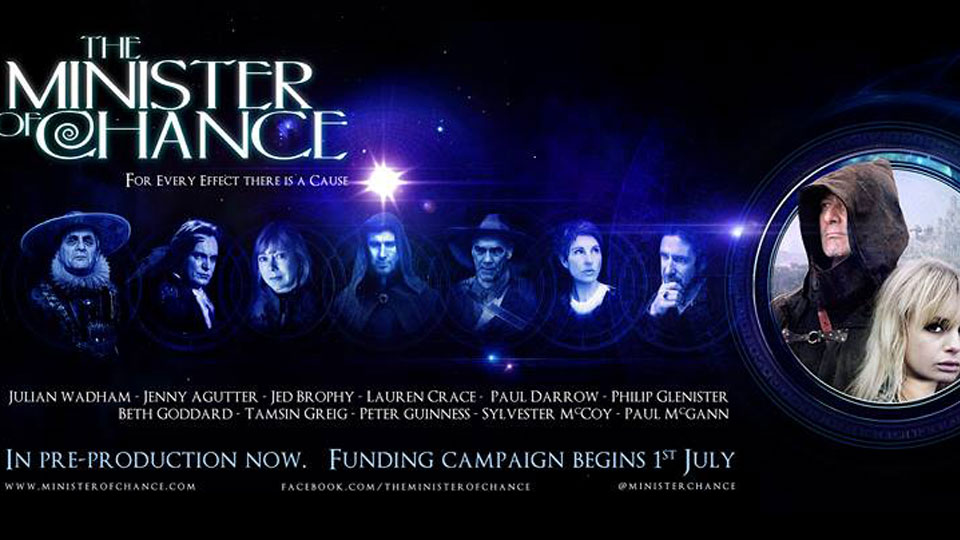 It’s the exciting news that The Minister of Chance fans have been waiting for!

Over the last ten days, The Minister of Chance Facebook page and Twitter channel have posted a daily countdown, whipping up a lot of online speculation as to what could be in store.

Well, the news is officially out of the bag, so we can share here that the epic sci-fi audio series is in pre-production for a movie version.

All along The Minister of Chance has been described as a sonic movie: an audio series made with film techniques. It therefore seems the next logical step to see the story set to reach a whole new audience on the silver screen.

We’ve been following the series since its opening episodes, and have always been impressed by the quality of the scripts, the scale of the storytelling and the performances by the stellar cast, so we’re thrilled that the Minister’s future looks brighter than ever.

If you’ve still not jumped on board with the series and want to hear it before the movie version is made, you can download the whole lot for free from The Minister of Chance website.

Production begins next month on a pre-title sequence. It will be a standalone short film and also an advertisement to attract investment in the full-blown feature film.

The producers plan to adopt the same crowd-funding model for the short. Fans will be able to buy props and costumes from the film on condition that they lend them to the production until it is complete. Funders – or Minister Moguls as they have become known, will then be able to own the pieces. The funding campaign will start on 1st July.

We’ll keep you posted with the details as they emerge, but check out www.ministerofchance.com for more on the series.