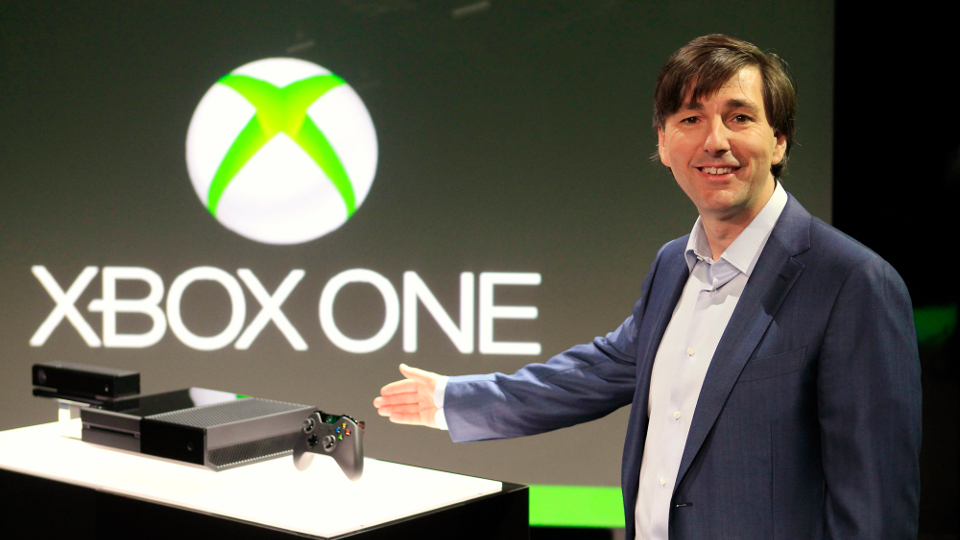 Microsoft had a lot to prove at their E3 press conference after a disappointing reveal of Xbox One that focused too much on the entertainment features of the new console. While Microsoft failed to answer some of the important questions surrounding their new console they did deliver on their promise of focusing on the games.

The line-up of Xbox One games unveiled by Microsoft at their E3 2013 press conference included the following:

DICE ushers in the next era of world-class gaming with Battlefield 4. The chaos of all-out war explodes, now with ground-breaking new innovations all running at a smooth 60 frames-per-second on Xbox One. With Battlefield 4, the intensity of combat will never be the same.

Below is a classic rogue tale with moody graphics and Kinect technology. You’ll scour the open world in search of rare and special loot while battling the malevolent Darkness, an artificial intelligence-controlled character that uses Kinect to sense and change level progression based on the room’s surroundings.

Humanity has been driven to the brink of extinction on a colonised planet ruled by dragons. It’s up to you to take control of a powerful dragon and battle for control of the skies in this thrilling flight-based shooter.

An episodic noir adventure, D4 follows the story of a detective with the curious ability to dive back in time. He must use this power to solve his wife’s murder and then try to prevent it from occurring.

Launching in November exclusively for Xbox One, Dead Rising 3 marks the return of the wildly popular zombie franchise and introduces a blockbuster open-world action experience that will define a new generation of zombie-slaying mayhem. With intense action, an unmatched level of weapon and character customization, and immersive Xbox SmartGlass and Kinect integration, Dead Rising 3 delivers a heart-pounding experience unlike any other as players fight for survival in a massive, open world teeming with thousands of undead.

Launching in November, Forza Motorsport 5 is a cinematic automotive journey starring the world’s greatest cars and tracks. Built from the ground up to take advantage of Xbox One and the vast power of the cloud, no game better delivers the wide-eyed thrill of racing.

The award-winning franchise continues on Xbox One, beginning in 2014.

After nearly a decade, the popular fighting franchise returns to Xbox One with the Killer Instinct characters and combos that revolutionized fighting games. Killer Instinct is enabled with robust progression and rewards, dynamic challenges customized to player behaviour, and predictive matchmaking for seamless competitive fights.

Launching in November, Kinect Sports Rivals is the next generation of the best-selling Kinect franchise, “Kinect Sports,” that brings your favourite sports back in re-imagined ways, and delivers new sports, made possible only with Xbox One’s all-new re-engineered Kinect. “Kinect Sports Rivals” puts you in the game like never before, tracks your movements and expressions with incredible accuracy, and offers never-ending competition with your friends and competitors.

LocoCycle takes you on an action-packed adventure only seen on Xbox One with a sentient motorcycle named I.R.I.S and her mechanic, Pablo (who, against his will, is literally being dragged along for the ride). Together, I.R.I.S and Pablo fight for their freedom while facing the Big Arms agents and their secret sentient motorcycle weapon, Spike.

The concept of this title is Realistic Espionage Action in an Open World Environment. Environmental elements like weather and wildlife, and enemies that adapt their strategy to the player’s actions, let players experience a more realistic world. The vast open world environment enhances the thrill and freedom of stealth. Aside from numerous optional missions, there are a variety of gameplay elements that encourage exploration and item-collection outside the main missions.

Tee up for fun with Powerstar Golf for Xbox One. Whether you’re playing a round to unwind and admire the amazing vistas or a pro trying to climb the leaderboards for bragging rights, it’s time to load up the cart and aim for the green.

Project Spark is an open-world digital canvas that enables anyone to build, play and share whatever they can imagine and create in the game. It’s a powerful, yet simple way to build and play your own worlds, stories and games. Share all of your creations with a dynamic community and play what the community makes. Project Spark brings creation to life and presents endless opportunities for play across Xbox One, Windows 8 and Xbox 360.

From the creators of Alan Wake and Max Payne comes a revolutionary entertainment experience that blurs the line between gaming and TV by integrating drama and gameplay into one seamless, uniquely immersive experience. How you play the game impacts the show and the show informs how you play the game.

Coming exclusively to Xbox One in November, Ryse: Son of Rome, is an immersive action-adventure story of struggle, brutality and heroism, following a fearless Roman soldier named Marius Titus as he seeks to avenge the death of his family and leads an army to save the Roman Empire. Ryse: Son of Rome presents a cinematic re-creation of ancient Rome and brings the brutality and intensity of Roman warfare to life in visceral detail, thrusting you into the chaos of close-combat and epic-scale battles.

Sunset Overdrive is an always-changing, open-world shooter set in the not-so-distant future. A catastrophic event has left your city overrun by mutants. While the majority perish or transform, you flourish. It turns out your calling isn’t picking up trash or serving food, it’s mutant destruction. With an arsenal of explosive, overpowered weapons and a knack for traversing the city with hyperagility, it’s not the end of days for you. Available for future release, your story is just starting.

The Witcher 3: Wild Hunt is a unique combination of a non-linear story and an open world – a fantasy RPG focused on player choice, tactical combat and an immersive environment. Spinning the tale of Geralt of Rivia, a professional monster hunter, The Witcher 3 aims to attract gamers with a mature and compelling narrative told as no other game has before. With over 100 hours of hand-crafted core and side quest gameplay, The Witcher 3 redefines the genre and shapes RPGs of the next generation.

Xbox One will be available around the world this November 2013. Let us know which games you’re looking forward to the most in the comments below.