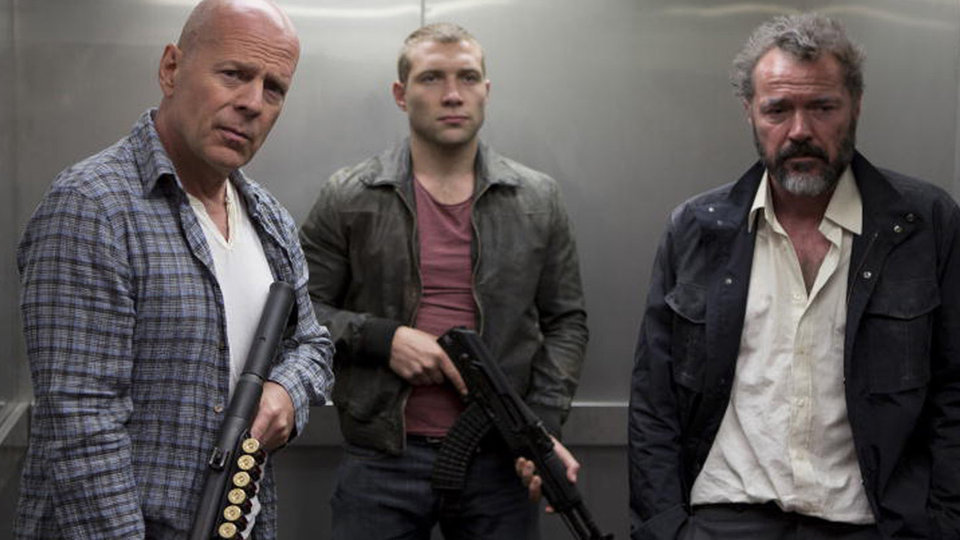 When his estranged son Jack (Jai Courtney – Jack Reacher) gets involved in a high-profile assassination, Detective John McClane (Bruce Willis – The Expendables) travels to Russia to investigate. Once there, he finds that Jack is involved in a lot more than he bargained for and soon the two are on the run from Russian mobsters looking for a potentially hazardous data file – one that could expose corrupt Russian politicians and their indiscretions.

A Good Day To Die Hard is the kind of action film that you’ll enjoy for sheer audacity, but ultimately leaves you disappointed. There’s lots of potential here – some of the car chases are excellent and a particularly effective finale involving a helicopter smashing into a building is done very well. But then you remember that this is meant to be a Die Hard movie and your head will sink. It’s not enough for A Good Day To Die Hard to be mildly entertaining, it should be epic in every sense of the word.

Bruce Willis is hardly in this film – certainly not enough for a Die Hard adventure. He still has that spark of ingenuity and guile to make things entertaining but this fifth film does him a great disserve for past services rendered. He still tries and does have some choice moments with his kids and some good one-liners but these scenes are too few and far between. Willis can still deliver when it comes to the action too.

Whenever a kid is brought into the equation you know that a franchise is in trouble. Die Hard 4.0 just about managed it with the inclusion of the excellent Mary Elizabeth Winstead as McClane’s daughter Lucy. This time around the thankless task falls to man-of-the-moment Jai Courtney as McClane’s son Jack.   As a Tom Hardy-lite with tinges of Sam Worthington, Courtney handles himself well (as he did in Jack Reacher) in-spite of his character being very under-developed here. The two share a good dynamic but the whole angle of the son being angry with his father is now tired and sloppy. Are we still supposed to buy that his son is still angry after his dad saved his mothers life twice, the cities of LA, New York, Washington D.C and basically the entire free world? This story needed much more time and attention paid to it.

Die Hard 1-3 worked so well because it was Bruce against the world. A Good Day To Die Hard barely uses him and seems more like a vehicle to launch Courtney as an action star. There is plenty of scope for John McClane to have continued adventures but when scripts as thin as this come along, all it does is sully the reputation of the franchise as a whole. The inclusion of Chernobyl as a viable story thread is also highly questionable.

A Good Day To Die Hard does have moments that are entertaining but it’s a pale comparison to the rest of the series. Think of this as just another generic action film that just happens to cameo John McClane and you’ll enjoy A Good Day to Die Hard a lot more.