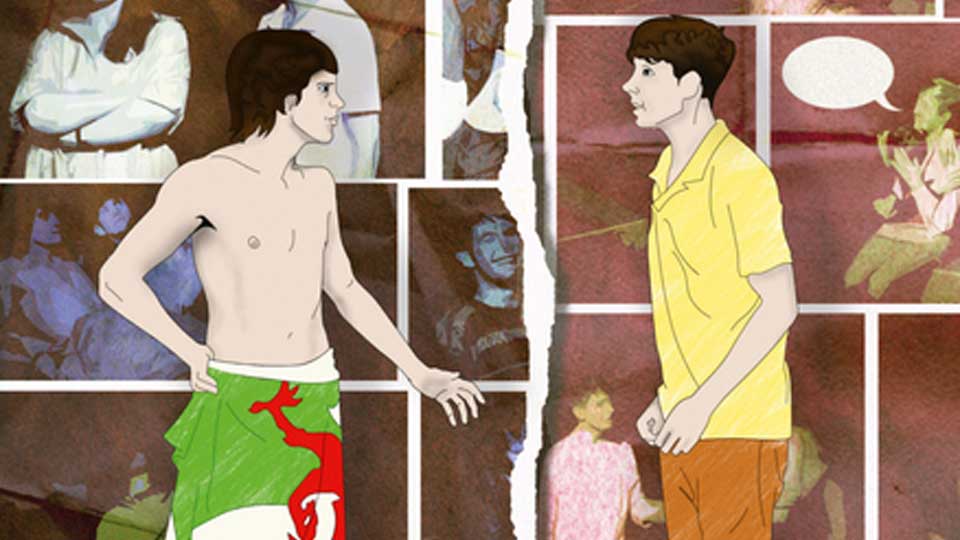 Timid Paul (Bradley Cross) goes on holiday with his over-bearing mother Denise (Janet Bamford) for a camping holiday in Wales. Once there Paul soon meets the intriguing yet troubled George (Joe Gosling) who he begins to fall for and mouthy Angharad (Emily Spowage) the daughter of the camp owner. As their holiday comes to a close Paul and George find themselves getting intimate and promise to reunite in a year to run away together and start a new life. Will the boys follow through on their promise?

Dream On is based on a stage play of the same name by Lloyd Eyre-Morgan, who has directed and written this film version. The story is similar to that of gay classic Beautiful Thing but rather than basing the action on a council estate, Eyre-Morgan has set his story in the 80s on a Welsh campsite. The way the plot unfolds is somewhat predictable but that isn’t to say it’s not enjoyable.

Paul and George are two boys with very different backgrounds.  Paul struggles to find his voice thanks to his over-bearing mother but finds confidence and courage through his meeting George. The two hit it off with Paul unsure whether or not his feelings towards George are reciprocated. On the flipside George is a cocky, laddish character who is from a home ravaged by alcohol abuse. As the two boys grow closer they find themselves becoming friendly with gobby Angharad who sleeps her way round the camp’s male visitors but proves that she does have a heart underneath it all.

The best performance in the film comes from Joe Gosling. He’s great as George and you believe everything his character is going through. He’s as good in the darker moments of the story as he is in the lighter. Unfortunately his performance isn’t quite matched with that of Bradley Cross which is a real shame. The two do create some chemistry but a stronger actor opposite Gosling would have made the film just that bit better. Emily Spowage is a joy as the ‘take no prisoners’ Angharad and she oftens steals the scenes she’s in.

For the most part Dream On is a lovely and touching film. It’s very simple in terms of story and production, but you do care about both Paul and George. What lets it down is a muddled final half hour where things seem to escalate and conclude fairly quickly. There’s also a bit of ropey acting from Bradley Cross as Paul in the film’s first half that we found quite jarring. Aside from that Dream On is a lovely little film and we’re sure it’ll live on through stage productions for years to come.