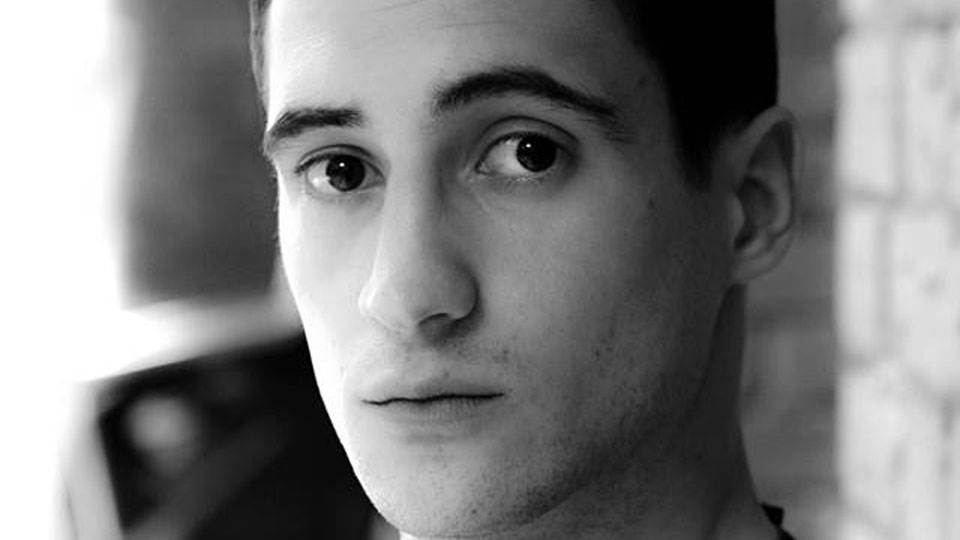 Joe Gosling is one of the stars of recently released UK gay drama Dream On.

Based on the stage play of the same name by Lloyd Eyre-Morgan the movie explores young love between two teenagers at a holiday camp. Of course true love doesn’t run smoothly and there are more than a few hurdles along the way.

We caught up with Joe Gosling who plays George in the movie. He tells us more about the movie, his character and what he did to make his performance as realistic as possible.

How did you get involved with Dream On?

My former partner, Fionnuala, was working in a call centre when we moved to Manchester where she met Lloyd. There was a snow storm and Lloyd couldn’t get home on the train so when I came home after my shift in the hotel he was there. We got to talking and he asked me to audition for the play. I hadn’t done any acting since I graduated so was a bit nervous but he sent me the script and I loved the character. I was invested 100% from that moment on.

Did you appear in the original stage production? If so what were the major changes you had to make from stage to screen?

I was involved from the first day of rehearsals. We started the stage version on a stage a club on Canal Street. The stage was really small and back then, I was what you would call a physical actor. I remember when we were looking into doing the film version Lloyd was worried I wouldn’t work on screen as I was too big on stage sometimes! So for me, the major changes were bringing down my physicality to a level that suited film. For George, his main changes developed as the script did. in the stage version he had optimism and there is a happy conclusion to his story, where as in the film, things turn out differently which meant I had to change his motives throughout but still let the audience like him.

What is Dream On about?

For me, it’s about what happens when people are pushed together and how relationships can blossom from nothing and last a lifetime. It’s a snippet into a life people don’t get to see, when you go away with your parents on holiday (ours was Butlins.) Only you know what happened there and you can’t explain to people at home what these relationships mean to you.

It’s also about how people deal with their problems and how that affects the people around you. I feel every character has their crosses to bear from their past and this affects the way they deal with their situation they find them selves in on the campsite.

Tell us more about your character George.

George is your typical cheeky chap from London. He’s got the confidence of ten men but as you find out, it’s all bravado. He’s got a lot of weight he’s carrying around. He wants to do good for Paul, and for himself but real life gets in the way. I based him loosely on a 16 year old version of myself; I was confident but had baggage like any 16 year old boy from Luton would. I wanted the audience to empathise with him; everyone’s taken a bite out of life that they couldn’t chew.

I was blessed with a character like George as my first lead role. he has every emotion possible and due to the work we did on the stage version, he has a very rich back story which I was able to bring across to the film.

You have a few intimate scenes with Bradley, how were these to film?

Cold!!! We shot the film in February and March, when we did our first real kiss I remember trying to stop both of us shivering in the tent so we could do the scene. Bradley was my first male kiss. When I took the role I knew that if I was to do these scenes I had to make it real. I spent a long time trying to get the ‘love’ aspect of George and Paul as real as possible. I like a bit of method acting so spent along time playing a straight gay guy in the village, either with Bradley or on my own waiting for people to tell me we were a good couple.

If you could play any role in the history of cinema what would it be and why?

I’ve had a year to plan for a question like this and still I’m stuck!! I’d love to have played any role by Buster Keaton. I love his physicality and how he did everything himself. That guy is in my top ten performers of all time. But as a character role it would have to be Richard in Dead Man’s Shoes by Shane Meadows. Paddy Considine absolutely kills that role. I love a character with hidden motives and that film makes me want to act every time I see it.

We will have to see! I’m so proud of what we have achieved as a team so far. We did all of this with no funding and just the love of acting and performance to get us by. It’s been a hard two years from start to finish but I wouldn’t have changed it for the world. I need to get an agent and start looking for work I guess!!

In this article:Dream On, Joe Gosling