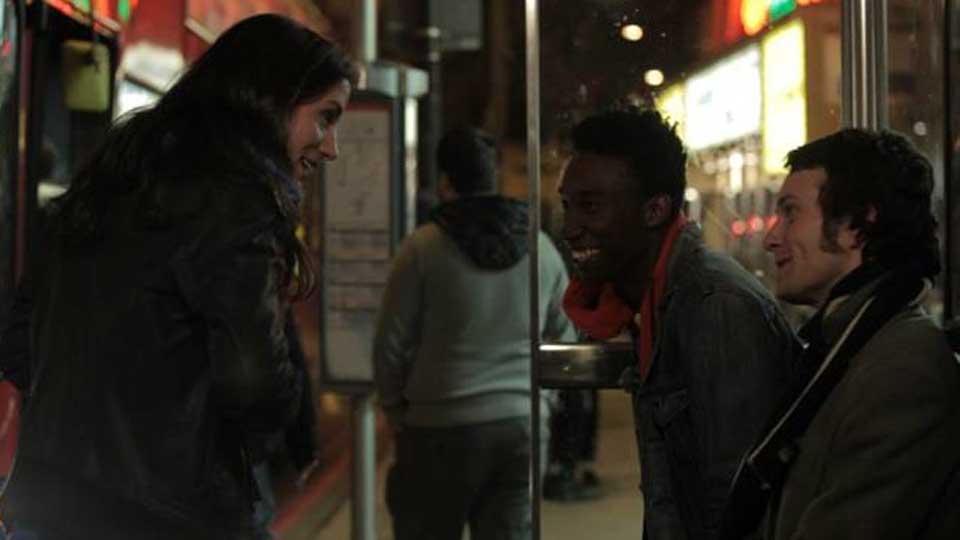 The Comedian on limited release from Friday

Tom Shkolnik’s new movie The Comedian is on limited release in London from Friday.

The Comedian is Shkolnik’s feature debut (he wrote and directed it) and stars former Misfits actor Nathan Stewart-Jarrett and The Borgias’ Edward Hogg. The film is backed by the BFI Film Fund and has won acclaim at festivals including last year’s London Film Festival and this year’s London Lesbian & Gay Film Festival.

Ed is a stand up comedian in his early thirties. He is handsome, charming, witty and lost. Trying to make it on the London comedy circuit, he spends his nights performing in small rooms above pubs and his days making ends meet at a call centre. He lives with Elisa, a beautiful French singer. The two are like brother and sister: inseparable and loving. Ed is funny and playful, Elisa soulful and sensitive. Ed meets Nathan, a young black artist – blunt, honest and free. They immediately connect and begin a passionate affair. Suddenly the intimate bond between Ed and Elisa is threatened and he is torn between his attraction to a man and his love for a woman. Filmed without a script and shot on the streets of today’s London, The Comedian is a fresh, dramatic and funny story about choices and how to not make them.

The film will be showing at Curzon Soho and Hackney Picturehouse from Friday.

Pip Ellwood-Hughes
Pip is the Editor of Entertainment Focus and the Managing Director of agency Piñata Media.
Previous article
As One in the Park Union J interview
Next article
Dream On DVD review