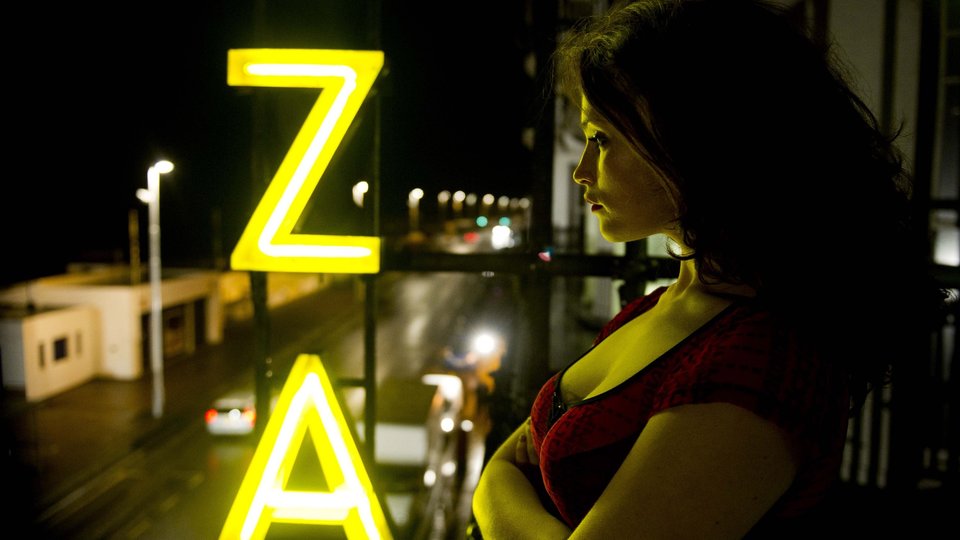 Two mysterious sisters seek refuge in a run-down coastal resort. Clara (Gemma Arterton – Song For Marion) meets lonely Noel (Daniel Mays – Hustle), who provides shelter for them both in his uninhabited hotel named  Byzantium. Schoolgirl Eleanor (Saoirse Ronan – Hanna), in the meantime, befriends a local boy and tells him their lethal secret. They aren’t actually sisters, they are mother and daughter and were born 200 years ago. They survive on human blood but are being pursued by age-old vampires who want Clara to pay for some past indiscretions.

In a sea of familiarity, Byzantium delivers a fresh and original take on the the tried and tested vampire mythology. If all you are used to is shimmering teenagers and leather jacket clad models looking moody, Byzantium will provide the much needed slap to the face you need. Showcasing a well intentioned and old-fashioned tale that hits almost every one of its marks, Byzantium is a vampire tale for grown ups.

What strikes you first is the distinct lack of fangs, red eyes and other Hollywood gimmicks usually associated with Vampires. Instead we get an elongated fingernail that punctures the vein when needed. It may sound tame but its used remarkably well. And don’t think that this means there isn’t any blood in the film – it’s used sparing but in an effective way (there’s a wonderfully shot sequence where a blood soaked Gemma Arterton emerges from a cave). Speaking of which, the cave scenes are terrifying in context. They use mythology and expectation to conjure up some great visual sequences, especially when Arterton recounts her time there.

The quintessential tackiness of the seaside resort is beautifully infused into the narrative, with the gaudy bright lights of the fair masking what’s truly happening in this town. This unmistakably British-styled drama uses its locations and settings to maximum effect here. The abandoned hotel that Arterton eventually calls home is a great environment to explore, especially weighed against the abandoned lives of the characters that inhabit the premises.

Gemma Arterton has made some great choices recently. After seriously impressing in Song For Marion, she showed us that she is more than capable of leading a big American blockbuster in Hansel & Gretel: Witch Hunters. Byzantium reflects her diversity as a performer thanks to a stellar turn as an old vampire who has leant nothing in her advanced years other than the sheer will to survive.

As good as Arterton is, Saoirse Ronan makes Byzantium with a cultured and fractured portrayal of Eleanor. She gives the film a vulnerability that’s easy to sympathise with and handles the drama with just the right amount of maturity. Her star continues to rise and it looks like Ronin will eventually become one of her country’s brightest exports.

Elsewhere there are strong supporting turns from Caleb Landry Jones as a sympathetic soul and Daniel Mays as a broken man who has just recently lost his mother. Throw in a pantomime villain in Johnny Lee Miller and you have quality acting throughout.

If you are tired of the same old Vampire fare, Byzantium is for you. It’s a fresh story told with respectful nods to the classic mythology of the past. In Arterton and Ronan, the film has two very strong females leads to be supremely proud of. With a compelling story full of regret, sorrow, hope and fractured love, Byzantium proves to be one of the best surprises of 2013 so far.