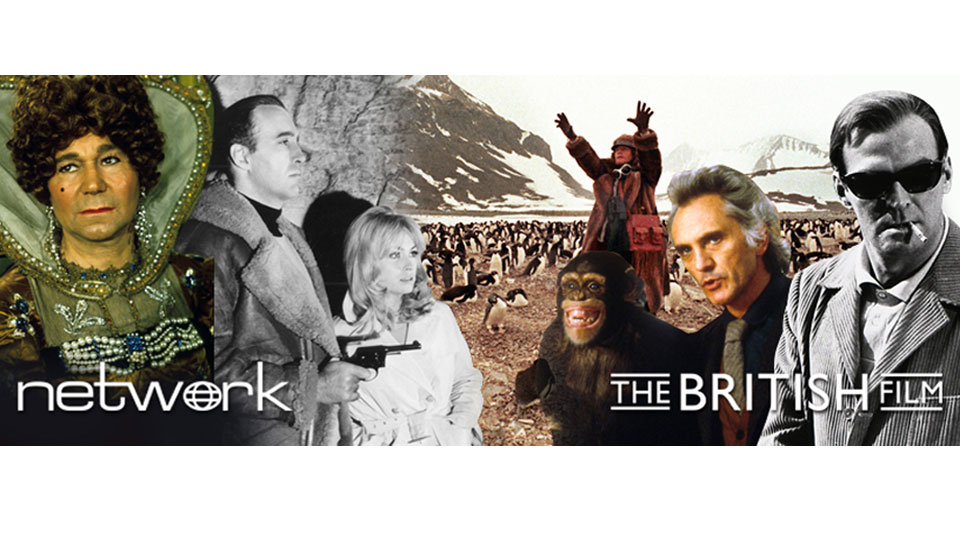 Network Distributing has announced the next wave of titles within its “The British Film” range. The films released under this umbrella form part of its commitment to bring back forgotten gems with master actors and directors attached that were made in the UK, and there’s plenty of titles to tickle the fancies of the nation’s film lovers.

As with previous releases within the range, each film will benefit from a new transfer, an instant play facility and will be presented in special slim-line space-saving packaging.

Titles to be launched between July and September 2013 are as follows:

The Man Who Finally Died

The first film to be directed in the UK by German exile Karl Grune, the creator of Die Strasse. A historical action drama about Sultan Abdul Hamid II’s lust for a young Viennese opera singer.

Peter Morley’s acclaimed documentary about the Queen from 1953-1977.

The Best Pair of Legs in the Business

On the Buses star Reg Varney stars in a 70s comedy about a third-rate holiday camp entertainer.

With a score based on Bizet’s opera, the film features celebrated American soprano Marguerite Namara as the capricious gypsy girl Carmen from the cigarette factory.

A wartime thriller starring silent-era actor John Stuart about a millionaire who disappears on the eve of his wedding.

Robert Stevenson directs THE WARE CASE (1938), Peter Finch stars in Lee Norman’s The THE SHIRALEE (1957), Reginald Denham directs THE HOUSE OF THE SPANIARD (1936) and Maurice Chevalier and Margaret Lockwood star in THE BELOVED VAGABOND (1936).

An exuberant, whimsical and utterly irresistible musical romp set in the heart of Swinging London directed by Sidney Hayers with music from Oscar-winning composer Leslie Bricusse.

Classic whodunit about an actor murdered during the recording of a radio play. Shot at the then newly constructed BBC headquarters.

This crime thriller was Gerry Anderson’s directorial film debut, and the only feature-length film to be made by AP Films, co-founded by the legendary puppet pioneer in 1957.

From the director of Cape Fear and Guns of Navarone, this fifties film adaptation of a stage play about a marriage quarrel and manipulative landlord.

From the director of Cloak and Dagger, Terence Stamp and Elizabeth Shue star in a suspense thriller about a single-minded professor who sets in motion a terrifying chain of events with chimpanzees.

Mr Forbush and the Penguins

Oliver! star Jack Wild plays Reg – at the eldest of 14 East End childrenof fourteen children who struggle against overwhelming pressures to keep them together after the death of their single mother.

A 1935 comedy farce vehicle for Will Hay – the first of four collaborations with American director William Beaudine.

Circus of Fear (aka Psycho-Circus) is a classic heist story with a chilling twist. Starring Christopher Lee, Suzy Kendall, Klaus Kinski and Leo.

Directed by Austrian émigré Paul L. Stein, the screen debut of the sixteen-year-old Jimmy Hanley, the Rank Organisation star who would become British cinemagoers’ favourite ‘boy next door’. It follows the story of a circus orphan boy who fulfils his dream of running a circus.