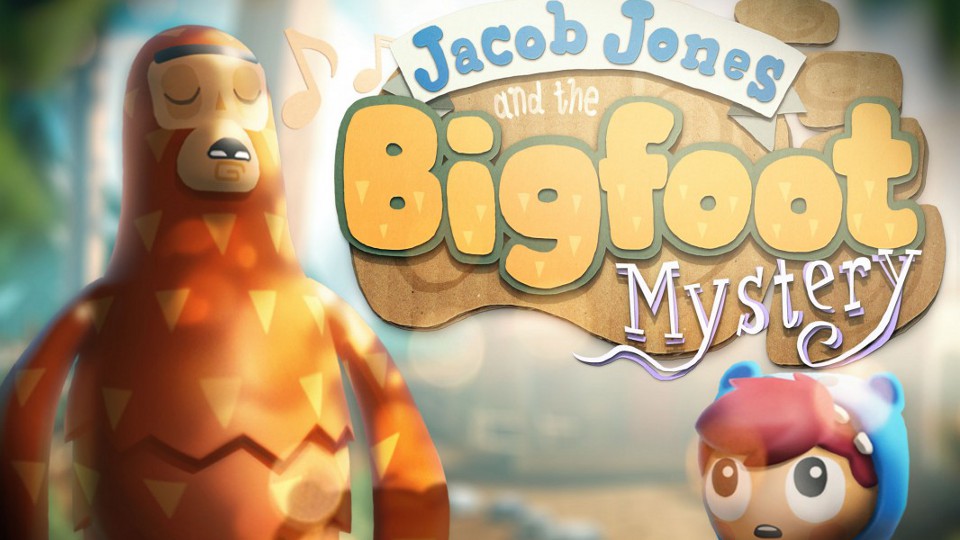 Jacob Jones and the Bigfoot Mystery is an episodic adventure game for iOS and PlayStation VITA. The game is developed by Liverpool-based Lucid Games, who formed from ex-Bizarre Creations. With talent that worked on titles such as Project Gotham and Geometry Wars we were eager to see how the first episode in this this new mobile title turned out.

Powered by the Unreal Engine the game features a unique 3D cartoon aesthetic crossed with a papercraft feel. It’s absolutely wonderful to look at and fits perfect for a game aimed at a wide range of ages. Although it’s an adventure game it almost feels more like an interactive book or cartoon.

Being the first episode in the series it has to introduce the many characters. Players take the role of young Jacob Jones, an intelligent kid who seems more mature than others his age. Jacob’s parents are concerned he isn’t mixing enough with kids his own age and decide to send him off to Camp Eagle Feather.

The game opens up with Jacob’s parents driving him to camp and lets you spend some time with the Jones family. All characters in the game are fully voiced and there is some great voice acting. The car journey also introduces the first puzzles of the game starting by asking you to find a GPS Unit. You then have to unlock it by tracing all the paths of the security screen in a single pass.

Once Jacob gets to Camp Eagle Feather he gets to meet the staff and also the other kids. The story is interesting enough to hold your attention and the game presents you with new puzzles to solve every few minutes. There is a nice variety to the puzzles on offer including lateral thinking, logic, maths and observation.

Older players are going to get through the puzzles fairly easily but most will pose a challenge for kids. Some puzzles are optional and allow you to come back to them later but many require you to solve them. Solving puzzles rewards you with merits and failing them reduces the amount you can win on your next try. To help prevent frustration the game has a built in hint system that is tied to Jacob’s mobile phone. Around the game Jacob can find empty cans that you can trade in for phone credit. Many of these are easy to spot but some require you to tilt your device in order to see them behind objects.

We found most puzzles in the game straight forward enough with a little thought and some trial and error. Managing to stay away from the hint system gives the most rewarding experience when you finally solve a puzzle. Younger players will probably jump straight for the hint system which gives three levels of hint in exchange for your phone credits. The first level is usually a subtle hint with more help to be found in the more expensive levels. If you get really stuck there is also the option to skip a small number of puzzles during a playthrough.

This first episode gets the series off to a superb start and sets a high standard for the rest to follow. Adventure fans will love it and we’d highly recommend parents consider buying it for their kids. The game took us a little under 3 hours to get through but younger players will definitely take longer with it. We’re already looking forward to the next part of the adventure with Jacob Jones.

The first episode of Jacob Jones and the Bigfoot Mystery is available now for iOS on the App Store for £1.99.