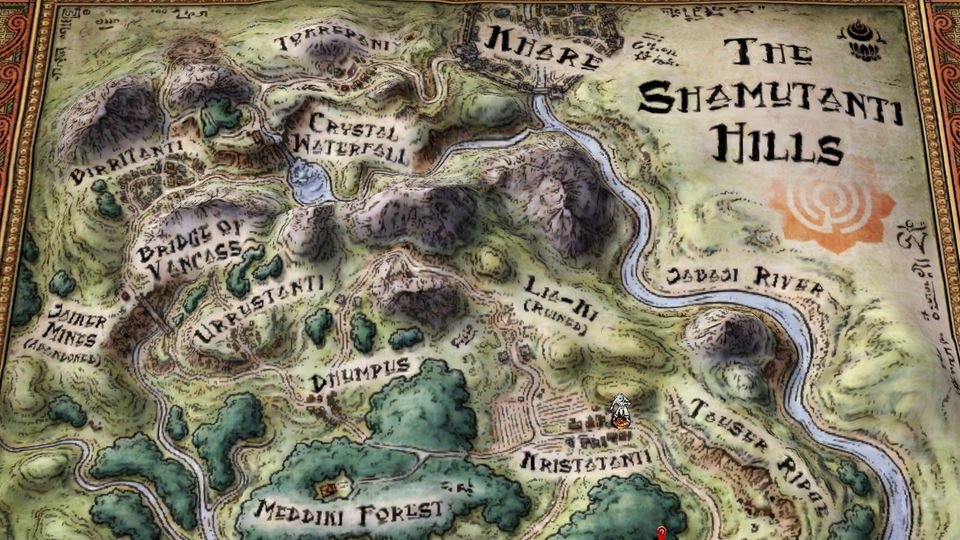 Back in 1982 Steve Jackson and Ian Livingstone created a series of gamebooks known as Fighting Fantasy. These were single player adventures that put the reader in the role of the hero. Unlike normal books these gamebooks allowed you to make decisions and fight monsters to change the couse of the story. Each book could be read many times with the reader taking a new path each time.

These days reading a book doesn’t seem to hold the same appeal as it did back in the 80’s. This is largely blamed on the huge variety of TV channels and also most households have access to video games through PC’s, consoles and mobile devices such as phones and tablets.

Cambridge-based indie developers are working with Steve Jackson on bringing back these gamebooks. However rather than just re-release them as books or e-books they have reimagined them as apps for iOS devices. For their initial release they have started with the first of a four-part series known as Sorcery! which first appeared back in 1983.

The first book was called The Shamutanti Hills and this is recreated in this release. The story casts you as an adventurer in the land of Kakhabad. You must set out on a perilous journey from the kingdom of Analand to recover the legendary Crown of Kings. Your journey takes you through the dangerous region known as The Shamutanti Hills on your way to the fortified city of Kharé.

You start your adventure with a few gold pieces, a simple sword, a spellbook, backpack and rations. The app is beautifully presented with original illustrations from the book and a 3D map of the area. The action is presented to you a paragraph or two at a time before forcing you to make a decision about what to do next. After making a decision the next paragraph is stitched onto the last as your story takes shape. The stitching is a neat effect that looks wonderful and it ensures you are never faced with large pieces of text.

The brief paragraphs along with the illustrations contain the bare minimum to understand what is going on. The rest is left up to your imagination. Decisions really do impact the story making each read a unique experience. You might choose to approach a village in the hope of food and a bed for the night or just camp under the stars and rely on your rations. You might choose to help someone in need in the hope of a reward. Climb a mountain, explore a cave, venture through the woods, avoid a fight or pick one.

What you do is entirely up to you but there is always a consequence for your actions and if not careful you can even end up dead. You need not worry too much though as the app allows you to reverse decisions to take a different path. Moving around the landscape is almost boardgame like as you drag your character to the required destination.

Often you’ll face combat which is risky business. With the old books you used to have to play combat out yourself with a dice and pen and paper. The app however features a new way where it draws you and your enemy on the screen. You can then drag left to defend or right to attack. When at the left of the screen you are in full defense with fully right putting you in full attack. More powerful attacks reduce your attack power so you need to move between attack and defense while keeping an eye on your stamina.

As well as weapons your character is capable of casting magical spells.  These can be useful in combat as well as other situations. Your spellbook contains a large number of spells which all rely on three letters or symbols in order to cast. When casting a spell you look up to the stars and drag them around to find the letters you need. It’s a simple system that works really well and you are expected to read up on the different spells.

As enjoyable as the game is we found we were able to get through it rather quickly. Once you’re done you can always go back and try some different routes or wait for the next chapter. It seems your decisions will carry over to the next chapter which will be a great feature and could well give players a reason to go back to the start again in future.

Despite being fans of the original books we loved our time with Steve Jackson’s Sorcery! It’s a fantastic update to the books and we can’t wait to keep playing when the next one arrives. We’re also hoping that if it does well we’ll see some of the Fighting Fantasy books given the same treatment. Warlock of Firetop Mountain, Deathtrap Dungeon and Appointment with F.E.A.R please!

Steve Jackson’s Sorcery! is available as a Universal App for iPhone, iPad, and iPod touch and can be downloaded for £2.99 ($4.99) from the App Store. For more information check out the official website.