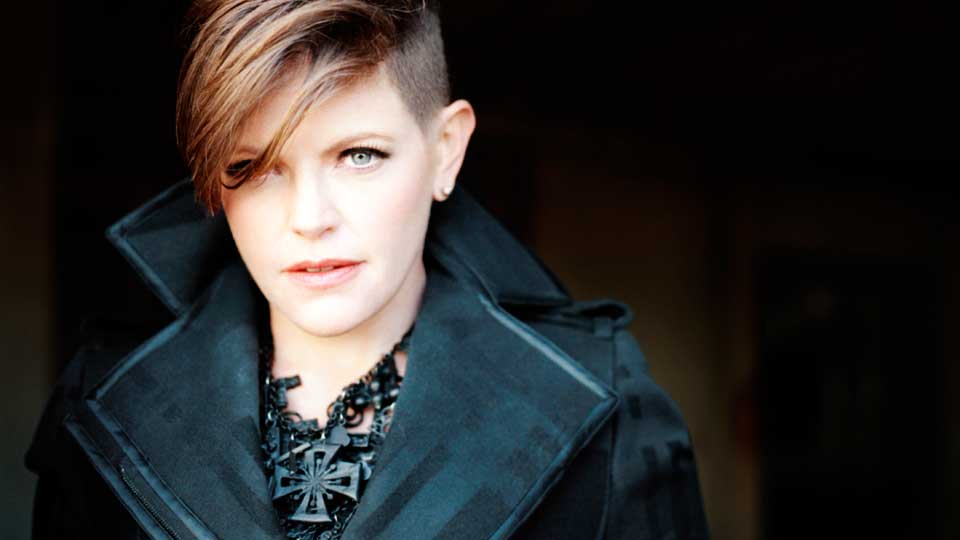 All has been pretty quiet for Natalie Maines on the music front since the release of the last Dixie Chicks album Taking The Long Way back in 2006. Whilst her bandmates Martie Maguire and Emily Robison have found success as a duo under the name Court Yard Hounds, Maines has been surprisingly quiet. It was widely expected that she would launch into the solo spotlight during the Chicks’ downtime but she didn’t. Now 7 years since Taking The Long Way Maines is finally stepping into the spotlight.

According to her EPK, Maines didn’t particularly set out to record a solo album. Instead she collaborated with fellow singer-songwriter Ben Harper recording songs in the studio and eventually the two realised they should record a full album together. The end result is Mother which is a collection of songs (covers and originals) that take Maines in a different direction than we’re used to hearing from her.

Anyone expecting a country record will be disappointed as Mother sits closer to alt-rock than it does any other genre. You just have to look at the covers included – Eddie Vedder, Pink Floyd and Jeff Buckley to name a few – to know that this is Maines redefining herself as an artist. The album opens with the Eddie Vedder cover Without You that pairs Maines’ voice with electric guitars and a steady beat. Her voice remains as distinctive as ever but she uses it to different effect here.

The choices of covers here are interesting. It takes a brave person to cover a Pink Floyd track but Maines pulls it off. Her take on Mother is a little more hopeful than the original whilst Maines’ emotive voice wrings the meaning out of the song. You get the feeling that she can pour her heart into the politically charged lyrics with more meaning and passion than anything she’s sung before. Other covers on the album include a bluesy rendition of Jeff Buckley’s Lover You Should’ve Come Over and the uptempo I’d Run Away which was originally recorded by The Jayhawks.

One of the tracks on the record, Come Cryin’ To Me, was originally supposed to go on the Dixie Chicks last album but instead it’s ended up here as it stylistically didn’t fit with the Chicks sound. Maines co-wrote the track with Robison and Maguire and it’s one of the standouts on the record. Another highlight is the beautiful ballad Vein in Vain which Maines co-wrote.

The best track on the record is the Kinks’ sounding Trained which was written by Ben Harper. Maines sounds free as she swoops and soars over the electric guitar riffs.

It’s true to say that Maines has never been shy of doing the unexpected and that’s exactly what she does on Mother. The album is ballsy, different and shows that there’s more to her than being a Dixie Chick. Whilst we still long for another album from the Chicks (however unlikely that is looking) we’re just glad that she’s back to making music. Mother is a fine debut from a fantastic vocalist.

Dixie Chicks to release new album Gaslighter in May