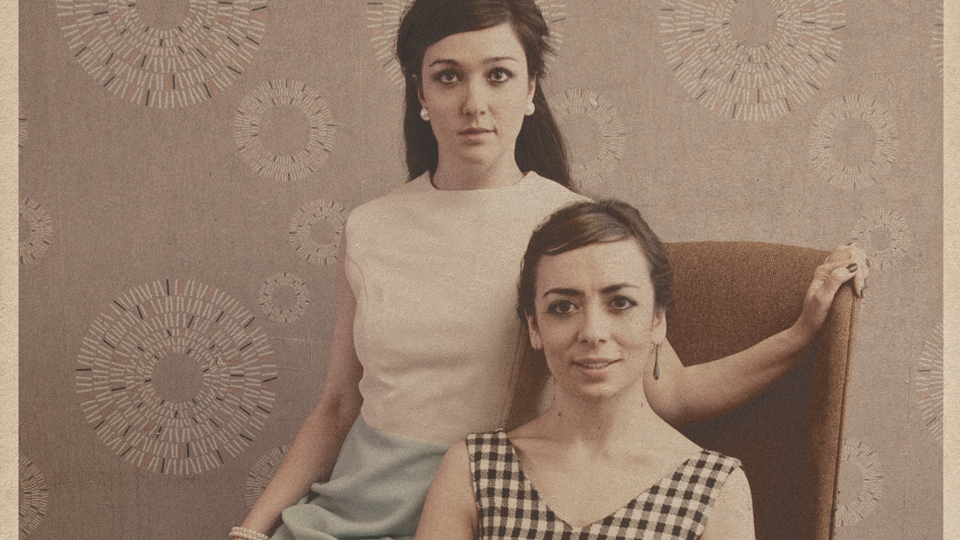 Join two elderly Spanish sisters (Patricia Rodríguez and Mercè Ribot – two young actors doing a remarkable job of playing old) for an evening in their apartment, surrounded by a lifetime’s clutter carefully stowed into boxes. It’s probably a night like any other for these delightfully eccentric siblings, as they bicker, reminisce, and fathom great ideas.

The production, which runs little over an hour, encompasses the gamut of emotions but is generally very touching, with acute observations about life vying with the absurdity of the piece to provide more than a few laughs. You’ll likely find yourself smiling most of the way through.

Patricia Rodríguez and Mercè Ribot in You and Me. Photo by Pau Ros.

You and Me is, in concept and humour, not a million miles from an episode of Steptoe and Son. The differences are that here the characters are siblings, and both willing to indulge in flights of fantasy, though in this instance the predicament they can’t escape is old age (except in their imaginations, wherein they can dance…).

The performances are fantastic, radiating warmth. Mercè Ribot’s dirty laugh will echo in your ears long afterwards, and she demonstrates a great talent for switching emotions in an instant. Patricia Rodríguez has the perfect face for physical comedy: it’s so wonderfully expressive. Her technique is masterful. Together they’re a joy to watch.

You and Me isn’t a show for those who like strong narrative. It’s constructed around set pieces that are hinged together, much like real conversations, under the flimsiest of pretexts. For those who hold no preference for structure, it won’t matter a jot; but the many charms of the world created have the power to seduce. The dialogue similarly straddles the need to tell a story against the pull towards fantasy.

A bit mad, and short but sweet, You and Me is at times absurd, at other times touching, but always warm. It’s perfectly staged in the intimate Blue Elephant Theatre in Camberwell, where the audience it close to the actors. It plays there until 27th April.