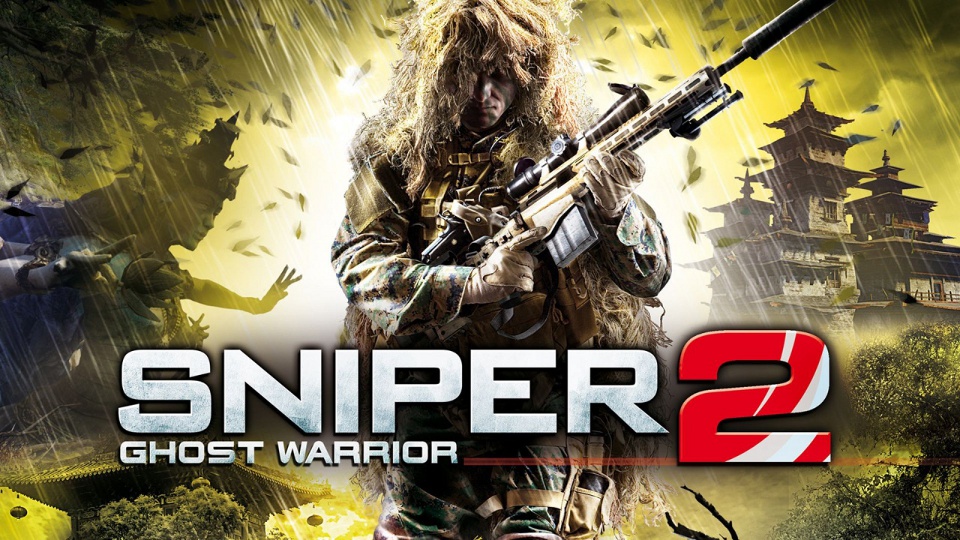 Sniper: Ghost Warrior 2 is City Interactive’s sequel to their 2010 release Sniper: Ghost Warrior. The original received mixed reviews from critics but sold well due to player demand for a decent sniper game. This time around the developers have moved on from the buggy Chrome Engine 4 to the shiny new CryEngine 3. Originally scheduled for a release last August the game suffered several delays but finally saw release at the end of last month. I took a look at the Xbox 360 version to see if the developers have managed to improve upon the original.

Sniper: Ghost Warrior 2 features a single player campaign of 10 missions spread across 3 acts and an online multiplayer component. In the main campaign you play as Captain Cole Anderson who is the deadliest sniper in the elite Ghost Warrior unit. The story is set around securing a biological Weapon of Mass Destruction and begins in the Philippines. Throughout the course of the game you’ll also complete missions in Tibet and Sarajevo.

Before you begin you must choose a difficulty from Casual, Medium and Expert. The difficulty level you choose changes the game with Casual being most forgiving and providing a large amount of help and assistance. Playing on Expert requires a lot of practice and it’s far harder with tougher AI and less help. Medium difficulty is somewhere between the two and a suitable starting point for most gamers.

Cole is armed with a sniper rifle, pistol and knife. He also has access to binoculars to spot targets, night and thermal optics. Missions are all based around the role of a sniper and feature a mix of working with a spotter, sneaking around stealthily to take targets out up-close as you get into position and supporting soldiers from long range.

Sniper Ghost Warrior 2 aims to provide the most authentic sniper experience by taking into account a whole range of variables. The further you are from your target the greater the bullet will drop so you need to aim higher to compensate. The direction and strength of the wind can also push a shot off course so again you need to take this into account when aiming. When lining up a shot on the lower difficulties a second reticule appears showing the true trajectory of the bullet before you fire. This removes the need to worry about where you aim and takes a lot of skill out of the game. However it’s essential for learning how to play before you tackle Expert difficulty.

The game also takes into consideration the Human factor forcing you to be aware of your positioning, breathing and your heart rate. Successful snipers need patience and must take their time. For the most accurate shot your heart rate needs to be low and holding your breath gives you a few seconds to steady your aim. The sniping is more technical than you might be used to in other shooters but it’s an essential part of the experience for a game focused on it. The right trigger is needed to fire your shot and here you must be very gentle to avoid recoil.

The game is most fun from range and you feel rather god-like as you choose who dies next. Hitting a difficult shot from over a kilometre away is incredibly satisfying. One big issue I had with the game though is how linear it is. There is very little freedom in how you move around and most of the time you are guided and told who to shoot and when. This spoils the fun and removes much of the strategic thinking that I’d expect a sniper would need to employ.

When you execute a perfect shot the game treats you to a slow motion view of the bullet leaving your rifle and making its way to the target. You don’t actually get to see much when the bullet makes contact with its intended target and I found myself missing the gory x-ray kills of Sniper Elite V2.

Since launch the developers have released a paid DLC pack called Siberian Strike which brings a new location and promises a more open world experience. It’s nice to see but a shame that this kind of content wasn’t included in the standard package.

When creeping around in cover you need to stay quiet and your mini-map is useful for keeping tabs on enemies. It also starts to turn red should you be in danger of enemies spotting you. When you are spotted enemies tend to rush towards you leaving you with little time to rectify the situation. At range isn’t so bad but when it happens up close it’s often instant death. A sniper rifle is pretty useless in close quarters combat and swapping to your pistol seems slow. The best you can hope for is a lucky shot or it’s back to the last checkpoint.

In addition to the single-player campaign Sniper Ghost Warrior 2 also features online multiplayer. It’s 6v6 team deathmatch with sniper rifles and actually rather fun. You move around the map find a decent spot and then survey the area for movement. Real players pose a much bigger challenge than the AI controlled enemies. Taking them out is tough as they tend to move more and taking a shot is tense as a miss can give away your position.

Multiplayer can be a little frustrating when you come up against a skilled player and can’t pinpoint their position. The kill cam doesn’t give much away and returning to where you died usually means another quick death. The biggest issue with multiplayer is lack of content as there are only two included maps to play on. If the developers support this mode with map packs or new modes there would be a lot more reasons to play.

Sniper Ghost Warrior 2 improves upon the first game but is let down by repetitive gameplay and a lack of freedom. The first DLC for the game shows the developers are listening so hopefully the game will continue to improve over time. If you go straight for the sniper rifle when playing games like Call of Duty or Battlefield 3 then the budget price makes Sniper Ghost Warrior 2 worth checking out.