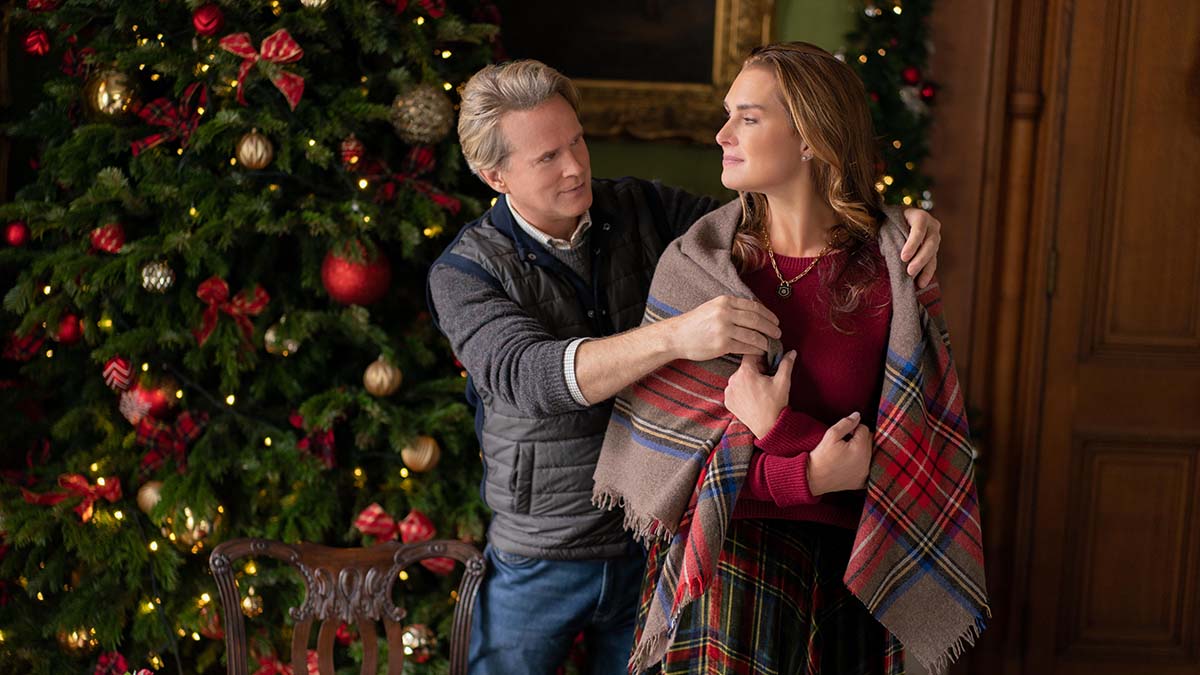 Best-selling author Sophie Brown (Brooke Shields) angers her fans when, in her latest book, she kills off one of the male leads. In a bid to escape the backlash, Sophie decides to travel to Scotland to find inspiration for her next book and to connect with her roots after discovering that her grandparents were groundskeepers for a Scottish castle. During her stay, Sophie becomes aware that a castle is for sale and she decides to buy it. That decision causes her to lock heads with the current owner, Scottish Duke Myles (Cary Elwes). As the two are forced to spend time together, they begin to realise that maybe they don’t hate one another after all.

‘A Castle For Christmas’ is among the new festive movies arriving on streaming platform Netflix in time for the holiday season. With Brooke Shields and Cary Elwes leading the cast, it certainly has plenty of star power but is that enough to draw people in? The story is as formulaic and predictable as they come, and you’d be hard pressed to find anyone who couldn’t guess how the plot will pan out. That having being said, ‘A Castle For Christmas’ has plenty of heart and while it may hit all the expected marks, it’s still entertaining enough.

Viewers are introduced to Sophie as she’s defending her decision to kill off a fan favourite character during an appearance on ‘The Drew Barrymore Show’. Things don’t go according to plan when Sophie has a meltdown on air and the decision to flee to Scotland comes easily as Sophie wants to essentially disappear for a while. Once in Scotland, she quickly charms the locals and integrates herself into the community, much to the annoyance of Myles who believes that Sophie is trying to buy his castle on a whim.

The inevitable will-they-won’t-they plays out for much of the film with Sophie and Myles sharing plenty of ‘almost’ moments. As is par for the course with romantic comedies, just as the pair get closer a hurdle is thrown in their way whether that be a clash of views or a jittery heart that isn’t sure it wants to commit. The unlikely couple is the heart of many a rom-com and the trope is used well here as Sophie and Myles battle each other for control of the castle and battle their burgeoning feelings for one another.

To give credit to Shields and Elwes, they play their roles well and they conjure up believable chemistry. Shields is her usual winning self, playing the kind of character that audiences will warm to and root for. Elwes arms himself with a convincing Scottish accent and he’s the character that audiences will love to hate, before of course falling in love with him themselves.

‘A Castle For Christmas’ isn’t breaking new ground and it’s unlikely to bother anyone’s favourite lists for 2021 but it’s a sweet enough romantic comedy that will appeal to its intended female demographic. One of the things that people love about rom-coms is their predictability and ‘A Castle For Christmas’ certainly plays things very safe. That having being said, the leads bring enough warmth and heart, along with the supporting actors, to ensure this is an enjoyable if not completely memorable ride.