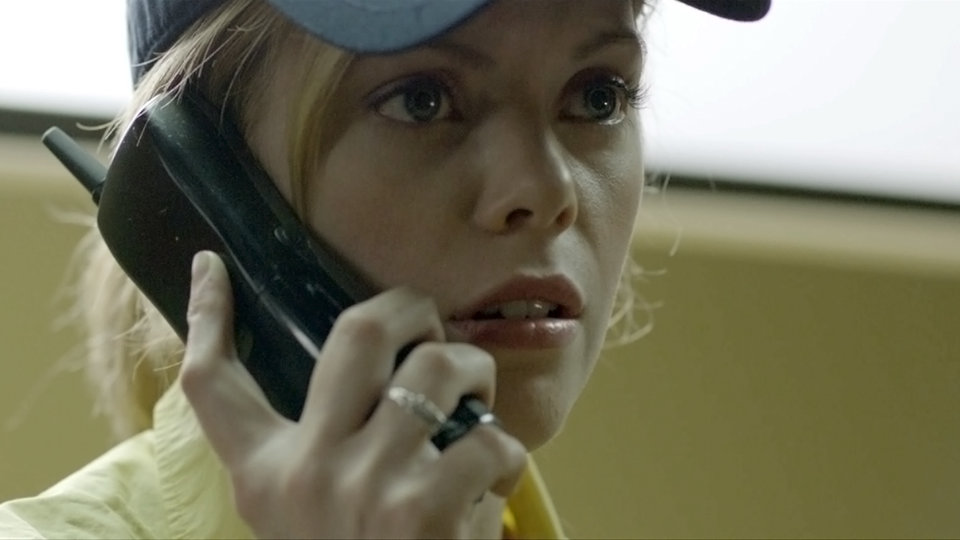 Based on true events, when a prank caller posing as a Police Officer convinces Sandra (Ann Dowd – Garden State), the manager of a fast food restaurant, that one of her employees Becky (Dreama Walker – Gran Torino) was involved in a theft. However, little does Sandra know the lengths that the prank caller will go – leaving no one involved unharmed.

Compliance is a film that sets out to shock you – it’s based on a true story that took place in the US during 2005. However, unlike real life shocking films like Catfish or The Imposter that continued to build on the already frightening story, Compliance feels like a film that gives the ending away from the beginning and you are just waiting to see what the final moments will turn out to be.

We never felt a sense of foreboding terror as to what might happen next, but instead we were shocked that any sane person would take the word of someone on the other end of a phone without getting proper credentials or reasons. Also the prankster says he is in touch with the stores regional manager… we would have thought the store manager would have got in touch straight away to check with her regional boss that he knew what was going on.

The real story is very unsettling and shocking, that someone could get people to do these acts, but this film never fully gives off the tension that it should do. We were only left thinking about how some people can become hoodwinked so easily without asking any questions? The pace of the film is very slow; it felt like it dragged in the middle section.

The only stand-out performance is Ann Dowd, as the restaurant manager. You really feel this woman is in between a rock and a hard place. She is under pressure from the front shop as per everyday, but also being in an unimaginable situation in the back office as well.

This is a film that is predominantly shot in one room, so it needs to be able to hold the attention of the viewer. Unfortunately, outside of the key scenes, it comes out as very boring for a majority of the talkie scenes. It’s more to do with the direction given rather than what the actors can do. This seems to slow the film down in terms of tension and pacing.

The key scene that everyone will talk about is very chilling, and it does make the hairs on the back of your neck stand on end. But we were constantly waiting for these parts to arrive, and when they did, they certainly left an impression but the lack of tension outside of these parts never follows suit.

Compliance could have been a brutal and tough movie that truly highlights the horrific story that went on. But we found it barely scratched the surface of what a film like this sets out to achieve.

Advertisement. Scroll to continue reading.
In this article:Compliance, Dreama Walker