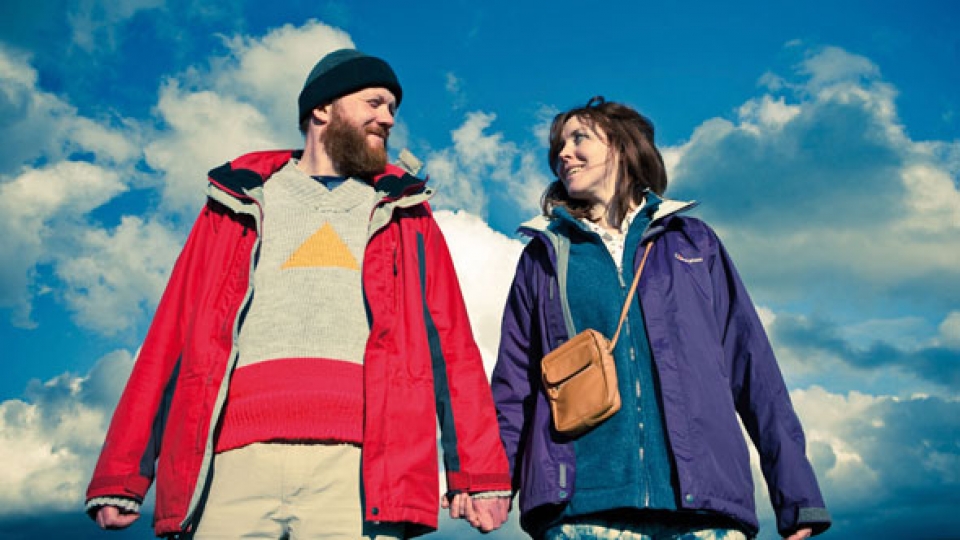 Chris (Steve Oram – It’s All Gone Pete Tong) wants to show his new girlfriend Tina (Alice Lowe – Hot Fuzz) his world and he wants to do it his way – via a caravan tour of the North East of England. Along the way they plan to take in many museums and tourist spots, however events start to transpire against them and the dream starts to fade into an altogether different reality. One that involves litter-bugs, noisy teenagers, pre-booked caravan sites, Tina’s meddling mother and killings.

Sightseers is the latest film from British director Ben Wheatley, who gave us the modern horror classic Kill List last year. Having loved Kill List in all its perverse glory we were prepared for the stakes to be upped in this film, and the horror to be amplified. However, we were only partially right. Sightseers does have a bit of hardcore violence that truly made our stomachs turn, but it’s the overall constant humour that caught us off guard. We never expected to laugh this much at a chilling and brutal film, and for all the right reasons.

The two leads play off so well against each other, and this is where the film stands out as a brilliant comedy as it felt like we were watching a double act in the style of Morecambe & Wise or Rik & Vivian. There is a brilliant scene set in the Keswick Penci l Museum where Tina tries to write a letter to Chris using a four foot pencil that she just bought. If you have ever experienced a caravan holiday then you will understand a lot more of the humour and jokes, especially trying to get the best spot at a caravan park.

We must mention the cinematography in Sightseers, as it looks brilliant. The close up shots in the caravan really makes you feel like you are trapped inside the plastic holiday home, especially when things get aggressive or sexual. But the greatest pieces are the long rolling shots of the countryside and the National Tourist spots that they visit. It never gives a bleak out look even though it seems to be raining quite a lot, instead we felt like we would love to walk these fells. Mostly shot in the Lake District, Wheatley has created a wonderful atmosphere with the outdoor sequences that look picture-postcard perfect.

Sightseers, whilst mainly a brutal horror at heart, is more a laugh-a-minute riot. The two lead actors are placed perfectly and have amazing chemistry as the love-lorn couple who happen to be in the wrong place at the wrong time. Sightseers is a huge stand-out film that shouldn’t be ignored.