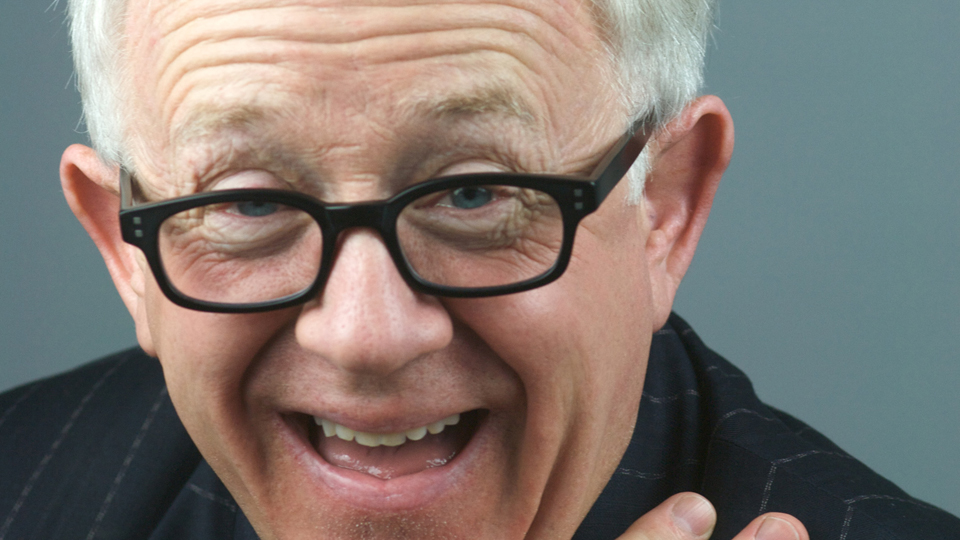 Actor Leslie Jordan’s one-man show Fruit Fly is playing for a few nights this week at the Leicester Square Theatre. Ostensibly about whether or not gay men turn into their mothers, Fruit Fly is a series of anecdotes about from Jordan about his childhood and his changing relationship with his mother.

Although the show starts at 7:30, there’s a half-hour warm-up set from the Supreme Fabulettes before the main act. Their performance was a little rough around the edges last night, with a few fluffed lyrics, and a patter between songs that felt a little forced at times. Any warming up that they succeeded in providing proved short-lived, as a pointless half-hour interval between their set and the main act left plenty of time for thumb-twiddling.

Despite a rocky start to the evening, when Leslie Jordan took to the stage there was no looking back. The diminutive bon vivant is world-class at winning over an audience and keeping them in the palm of his hand. With only a stool, glass of iced water, and photographs projected onto screens by way of dressing, Jordan holds court, parading the stage with incredible energy and flair for physical comedy.

Fruit Fly is very much Leslie Jordan’s story, told with great wit, poignancy and hilarity. There are moments such at the age of six having to give his underpants to his young cousin whose dress is failing to hide her modesty, through to taking on a drag persona at the age of seventeen and becoming favourites with the proprietress of the all-black Miss Odessa’s Speak Easy, which are killingly funny. Recounting the death of his father in a plane crash when Leslie was only eleven adds a touch of poignancy. Yet Jordan is a past master of finding mirth in everything, and recounting his mother’s inability to open her eyes proves one of the highlights of the evening.

The explanation for the title of the show, when it comes, is well worth waiting for. I won’t spoil it here. By then you’ll have experienced so many delicious, often-naughty and occasionally embarrassing (contracting the clap aged thirteen…) but always hilarious anecdotes from a born entertainer and raconteur.

Fruit Fly is gloriously camp, witty and laugh-out-loud funny. There’s so much in the larger-than-life personality of Leslie Jordan that appeals. His stories of his boyhood in Tennessee through to a move to the gay paradise of Atlanta and his adventures taking his mother and twin sisters with him on a gay cruise ship run seamlessly into one another, making Fruit Fly one of the funniest ninety minutes you’re likely to experience in a theatre any time soon.