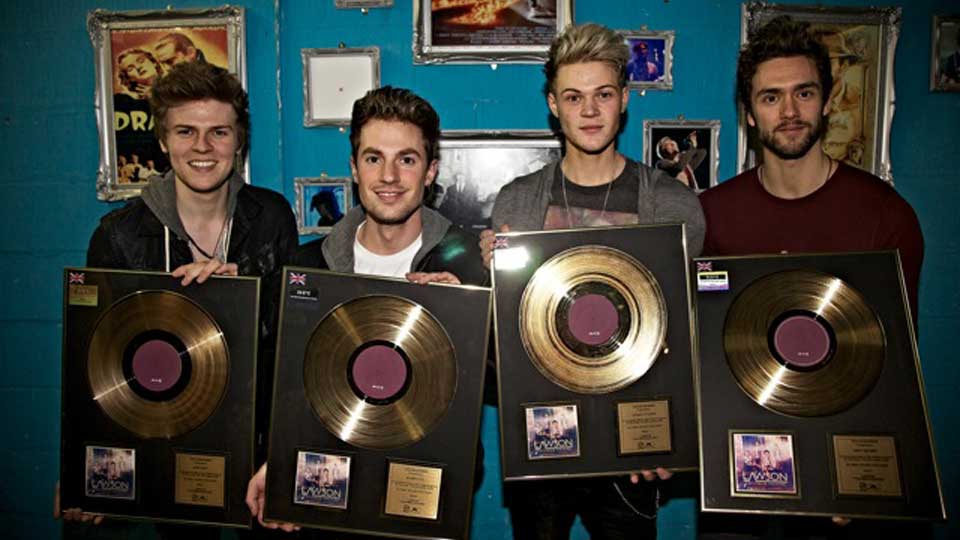 Lawson had reason to celebrate last week when their debut album Chapman Square was certified Gold.

Since it’s release late last year the album has sold over 100,000 copies. The band were on tour when they found out the news and celebrated on stage during their sold-out date at London’s Shepherd’s Bush Empire on Friday night.

The band took their gold discs on stage showing them to fans who were already enthralled by the band’s energetic live show. They also surprised the audience with a cover of Swedish House Mafia’s Don’t You Worry Child.