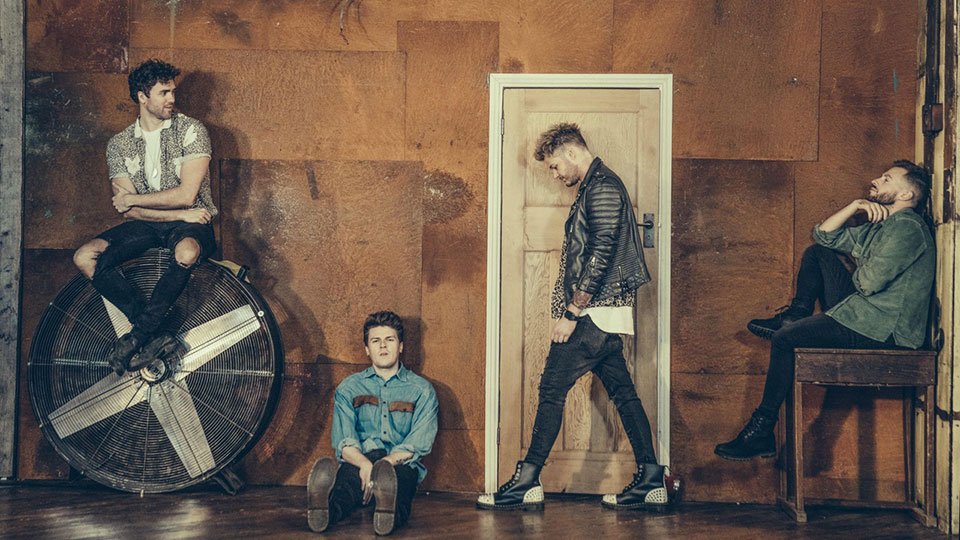 Pop-rock quartet Lawson are back with Lovers, their first new music in four years.

Putting a fresh tropical pop twist on their signature sound, Lawson explore new territory with the incredibly catchy Lovers. The song encapsulates the joy and excitement of a young romance, where nothing is more important than being with the person who means everything to you.

Frontman Andy Brown explains, “The song is about how you feel when you’re young and in love and there’s no better feeling in the world than that. It’s a feelgood song that our fans will love, but hopefully people who haven’t listened to our music before will love it too! It felt great to be back with the lads again and it gave us all a new energy to create what we think is our best stuff.”

Lawson – completed by Joel Peat (guitar), Ryan Fletcher (bass) and Adam Pitts (drums) – co-wrote Lovers with long-term collaborator Ki Fitzgerald (who they worked with on the hits When She Was Mine and Standing In The Dark) and Jon Green (James Bay).

Lawson reunited in 2018 for a headline show at Shepherd’s Bush Empire, which sold out in minutes. The reaction inspired them to make new music and work together once again.

As Andy recalls fondly, “I think the look on people’s faces and the fun we all had together that night made us realise how much we love and miss our fans and each other. We have all been busy with different things the past few years but it felt like now was the perfect time to get back in the studio and just enjoy making music together again.”