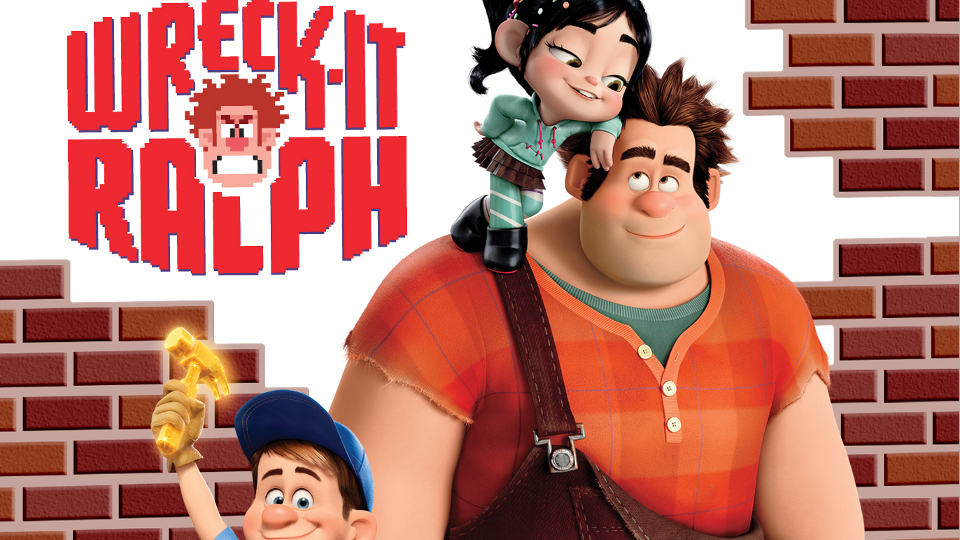 With Wreck-It Ralph hitting cinemas in the UK at the end of the week it’s no surprise to see a tie-in game release. Games based on movies tend to turn out disappointing for some reason which is often blamed on the short development cycle to rush the game out in time for the movie release. With Wreck-It Ralph being a 3D animated movie based around a game character and his videogame surely players are in for a satisfying release? I recruited the help of my 10-year old daughter Jessica to find out.

Sadly, unlike the film, Wreck-It Ralph on the 3DS is nothing special. We were certain the game would either follow along with the movie or be a copy of the fictional Wreck-It Ralph game but we were wrong. Instead the game actually follows on from the film and doesn’t feature the Wreck-It Ralph game. Presuming you haven’t seen the movie yet you will probably want to wait until you have seen it if you are considering picking this up.

The story of the game sees Wreck-It Ralph and Fit-It Felix working together to stop a Cy-Bug invasion. The hub of the game is Game Central where you can access three different worlds – Fix-It Felix Jr., Hero’s Duty and Sugar Rush. Unfortunately Game Central is just a simple corridor with a door for each world. The three worlds each contain four levels plus a boss fight.

As exciting as it sounds the 3DS release of Wreck-It Ralph is actually nothing more than a very generic platformer. Players can switch between Ralph and Felix at will by holding the Left Shoulder button or tapping the touch screen. Ralph is big and slow but strong while Felix is small and agile.

Ralph can wreck stuff and you need to use him to smash boxes and fight Cy-Bugs. Felix is able to repair things and can jump to places Ralph cannot thanks to his double jump and wall jump abilities. The combat in the game is very simplistic as it requires you to simply mash an attack button. It’s also frustrating as it is hard to avoid enemy attacks and you often get hit while waiting on your characters animations to finish.

The levels are linear and there are some simple puzzles to solve. Puzzles usually require you to drag a box, fix a beacon or pull a lever. Sometimes you need to be quick after pulling a lever to get through a door which younger players will find difficult. The levels are short and the first world is incredibly easy. However the difficulty improves on the other worlds and there’s actually some satisfying platforming action in parts. While the platforming will be easy for seasoned players the target audience for the game will struggle.

Levels are littered with coins to collect and there are also a few collectibles to discover. This adds to the replay value slightly but capable players will find most of them in a single playthrough. Once you’ve completed the game a Game Mode+ mode unlocks which ups the difficulty level.

Graphically the game looks dated with some very repetitive and uninspired level design. The 3D is also quite poor and brings little to the game. The best thing about the look of the game is the main characters which do look like their onscreen counterparts and are animated well. Wreck-It Ralph also features some decent voice acting.

Wreck-It Ralph is aimed at kids and will surely please younger fans of the film. Platform game fans will enjoy it while it lasts but will be disappointed that it’s over in just a few short hours.