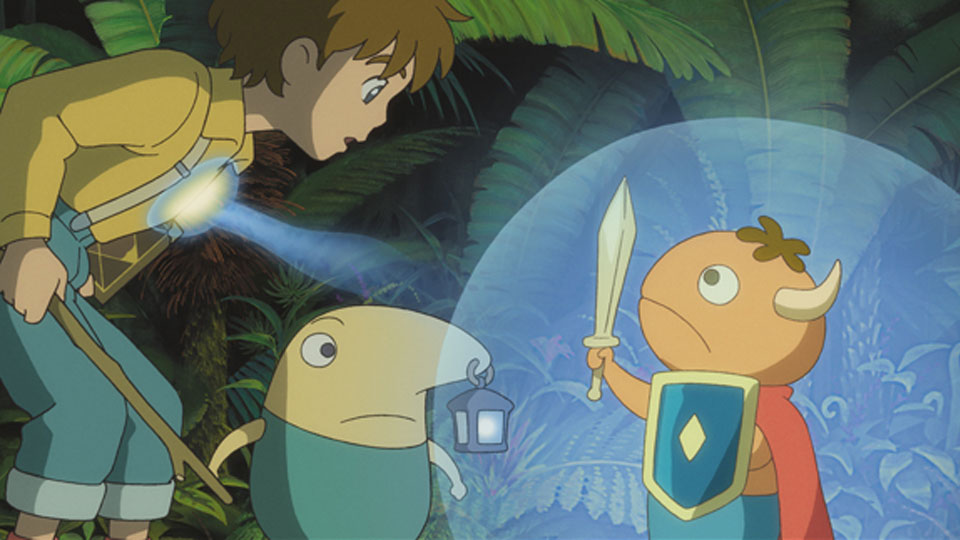 Ni No Kuni: Wrath of the White Witch tells the story of thirteen-year-old Oliver whose mother dies suddenly after rescuing him from drowning. Soon after her death he learns that there is a parallel universe and that he has magical powers. With his doll-turned-fairy sidekick Drippy, Oliver sets off on a journey to bring his mother back to life. From that point on Oliver’s world turns upside down and he discovers things he never knew existed.

There’s been a lot of buzz about Ni No Kuni: Wrath of the White Witch and it’s definitely been on the radar in terms of the biggest releases of 2013. Essentially the game is a very beautiful looking RPG with a huge amount of gameplay on offer. It comes as no surprise that the game is visually stunning seeing as Studio Ghibli has teamed up with Level-5. The game looks and feels like a feature-length animated movie giving it an aesthetic rarely seen in modern games. Its soundtrack is by the Tokyo Philharmonic Orchestra which puts it a cut above the majority of games.

Ni No Kuni: Wrath of the White Witch requires you to work through the story with a variety of seek-and-find missions with battles throughout. Despite its initial charm the game does take a bit of time to get into feeling very stop-and-start. Be prepared to spend time establishing the back story before you get into the real meat of the game which is battles.

Battle is one of the biggest aspects of the game and it recalls Pokemon. As to be expected it’s turn-based with gamers having to choose their attack option from the speech bubbles that appear over Oliver’s head at the bottom of the screen. Battling enemies increases in difficulties but as you battle you increase your skills. As well as weapons you can cast spells to help you defeat enemies. One of the best spells unleashes a ‘familiar’ which is an additional creature (or creatures) to fight on your behalf. If they get hit though, you take the hit with your HP.

Outside of the battles the story opens up plenty of side missions to give you lots to get your teeth into. Talking to the locals and fully exploring the environments reveals plenty of things that add to the amount of hours you need to put into the game. Those who like to explore every facet of a game will have a field day with Ni No Kuni: Wrath of the White Witch.

For the most part the voice work is good. There are times when captions appear on the screen rather than voice over giving the game a little bit of inconsistency. It’s not a huge bug bear but we’d have preferred voice acting throughout, especially as the cast here does a good job.

One of the things we disliked about the game is something many others have loved. Whilst there may be more than 60 hours of gameplay to work through, there’s an awful lot of time spent just watching cut-scenes which made us feel disengaged with the game. In the first hour we clocked less than 20 minutes of gameplay and felt more like we were occasionally participating in a movie rather than immersing ourselves in the adventure. It continues like this for several hours before gradually reducing the cut-scenes and letting you just get on with the game.

We can tell that Ni No Kuni: Wrath of the White Witch is a good game but sadly it just isn’t for us. We like to feel really involved with a game rather than spending lots of time observing the action unfold without playing a part in it. Fans of RPG will absolutely adore this title, and there’s much to admire, but sadly it left us a little disappointed.

In this article:Level-5, Ni No Kuni: Wrath of the White Witch, PS3, Studio Ghibli