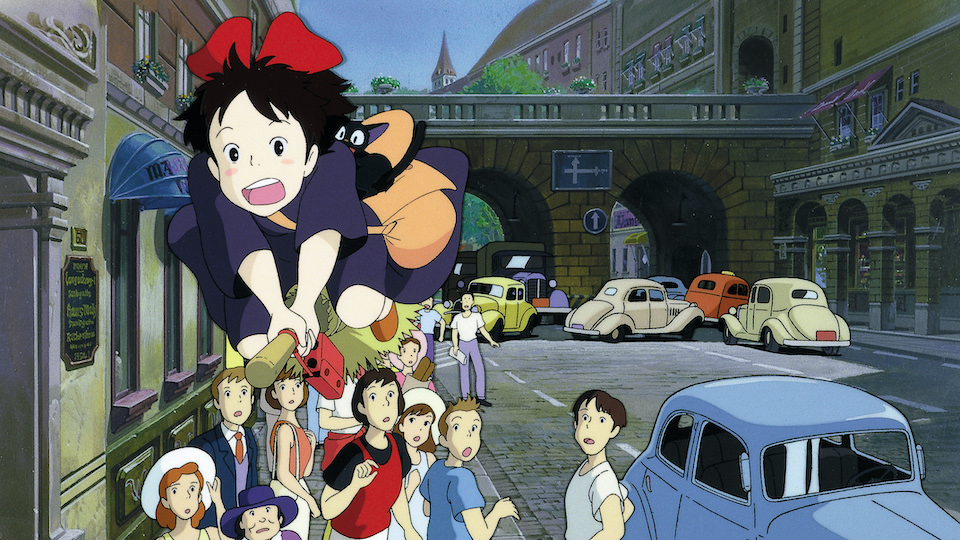 Here’s the thing about physical media, it’s much better than digital. Sure it’s not as convenient, but in every other way imaginable, it is better. You get better picture, better sound, plus all the bonus features and commentaries, and it’s yours forever. And that’s just with a basic Blu-ray or UHD release. The really good home entertainment labels will lavish their releases with stunning artwork and exclusive content, that make these so much more than just a movie. They become beautiful, tangible, pop culture collectibles. And there have been few more beautiful and collectible releases in recent years than the 30th Anniversary Collector’s Edition Box Set of Kiki’s Delivery Service from Studiocanal.

This gorgeous limited edition of the Studio Ghibli classic comes in holographically numbered box sets, with a dual format DVD and Blu-ray of the film, packed in a deluxe oversized rigid box with brand new exclusive artwork. Also included in the box is a 208-page hardback book, ‘The Art of Kiki’s Delivery Service’. There is a selection of art cards, and a poster featuring the original Japanese theatrical artwork from 1989. If that wasn’t enough there’s also a Jiji tea towel, a recipe card set, and an exclusive embroidered sew on patch featuring the anniversary logo. Make no mistake, this is a stunning release.

The film itself, directed by animation legend Hayao Miyazaki tells the whimsical story of Kiki, a trainee witch who must leave her family when she turns 13 and spend a year by herself in order to develop her magical powers. Along with her talkative black cat Jiji, she travels to a new city where she initially struggles to fit in, but then opens a witch delivery business at a local bakery, delivering bread by broomstick.

This wholesome and charming fantasy isn’t in the top tier of the Ghibli masterpieces, but still remains one of their classics. The hand drawn animation is beautiful, and the design of the city, inspired in part by Stockholm and San Francisco among others, imagines a 1950s world where the second world war didn’t happen. As always with Miyazaki, the visual invention on display is glorious.

Kiki’s Delivery Service is a gentle and slow-paced story, with endearing characters, and no external adversaries for our heroine to face. Which on the surface may make it seem quite dull in comparison to the empty calories and brightly coloured confections of many modern animations. But like so many Ghibli films it is a thematically rich piece of work, exploring the transition into adulthood and the often painful lessons that come with this. Kiki is trying to make her way in the world whilst also attempting to navigate the perilous terrain of adolescence. For all its fantastical elements, the film is really about finding your own path in life and following what inspires you.

There is a mountain of special features included on the disc, including complete feature length storyboards that can be viewed whilst watching the film. There are numerous short featurettes about the making of the film, with interviews from Miyazaki and the other filmmakers. There are clips about Kiki’s relationship with Jiji, and also a piece focused on the recording of the English dub overseen by Disney, with a very young Kirsten Dunst.

Also on the disc is a short piece with producer Toshio Suzuki talking about collaborating with the great Hayao Miyazaki. There’s also a 30-minute excerpt from a much longer documentary about the real-life locations that influence the settings in Studio Ghibli films. This segment obviously focuses on Kiki’s Delivery Service.

Finally there are the original Japanese trailers for the film, and a fabulous Studio Ghibli trailer reel. This is a 4-star film, but the overall package is 5-stars all the way. Physical media forever!

Kiki’s Delivery Service 30th Anniversary Limited Edition will be available exclusively at Amazon from 16th December 2019 and is available to order here – http://po.st/KIKI30