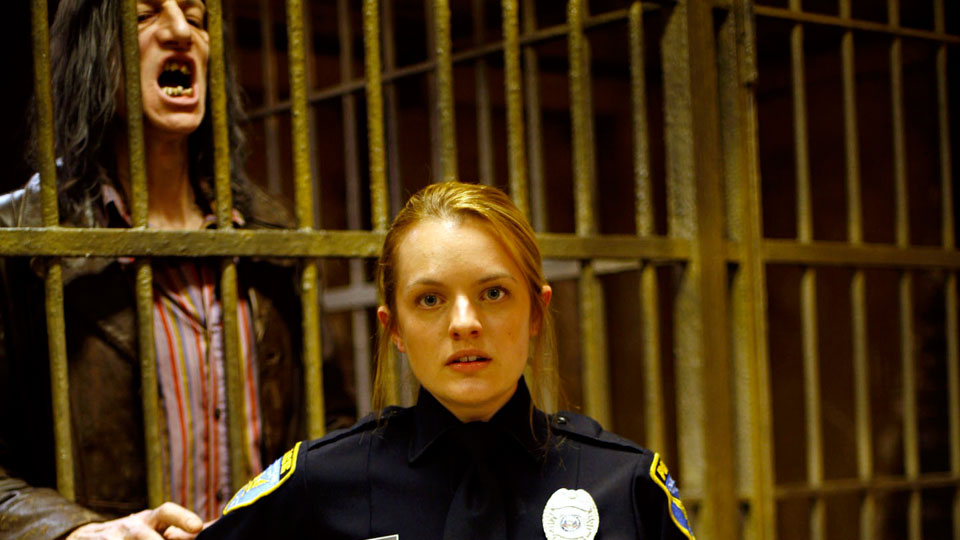 In 2008 NBC aired a little-known anthology series called Fear Itself. Packed to the rafters with recognisable faces, the 13-episode series went on hiatus before the 2008 Olympics and never returned despite promise from the network that it would. Hoping to imitate the success of other anthology shows such as The Twilight Zone and The Outer Limits, Fear Itself presented a new story with each episode that served up thrills, chills and plenty of gore. Sounds good right?

The brainchild of Mick Garris, best-known for Masters of Horror, Fear Itself pulled in disappointing ratings when it aired in 2008. Five episodes of the show were never aired so this DVD release is the first time they’ve been available for fans. Having watched all 13 episodes it’s pretty clear why the show wasn’t a hit and subsequently disappeared from the schedules.

Despite its high-calibre directors – Ronny Yu, John Landis, Darren Lynn Bousman and Mary Harron to name a few – the show was such an uneven mixture of horror clichés that audiences would likely have seen similar stories told in a much better way elsewhere. Originality is the show’s biggest problem and it doesn’t seem to know what kind of show it wanted to be.

For the DVD release the episodes have been resequenced. The quality of the episodes is hugely variable ranging from the completely absurd to almost watchable. The season opens with The Sacrifice starring Rachel Miner which tells the story of a group of criminals that stumble across an abandoned town. After stopping to look around they discover three sister s and are taken in. Soon of course the women start behaving oddly and the men realise they are in danger and that the sisters are hiding something deadly. What follows is a story full of vampires, cannibalism and murder. We rolled our eyes several times at least during the episode.

Sadly it doesn’t get much better than that and the characters often behave in such stupid ways that you can’t wait for them to get killed. Community is one such example. The episode stars Brandon Routh and Shiri Appleby as a young couple who move to a safe new community to try and start a family. After being borderline harassed by their neighbours and witnessing some very questionable behaviour you wonder why the couple don’t attempt to leave the community earlier. The story is clearly a twist on The Stepford Wives but it’s so dumb you find yourself counting down the minutes until it finishes.

The only episode we didn’t want to throw something at the screen during was The Circle starring Johnathon Schaech. He plays a writer who is ambushed by his wife and team during a quiet weekend away in the hopes that he’ll start writing again. A book is delivered to the cabin and the events in the book start to happen over the course of the evening. The episode is genuinely creepy and despite being let down by a terrible ending, it’s definitely the best of the season.

It’s amazing really the amount of stars that appear in Fear Itself. Granted most of them were on their way up when they filmed the episodes but it’s good to see Glee’s Cory Monteith (New Year’s Day), Mad Men’s Elisabeth Moss (Eater) and Twilight’s Anna Kendrick (The Spirit Box) in roles other than the ones they are known for. Eric Roberts also puts in a decent turn in one of the better episodes Spooked.

Fear Itself: The Complete First Season is an absolute let-down. We were pretty excited to finally see the show after all these years but sadly it’s a complete underwhelming mess. If you like your horror clichéd and recycled from better movies/shows then Fear Itself will be a treat. We prefer horror with originality and bite and sadly this show doesn’t really deliver on either.

‘Spiral: From the Book of Saw’ review

The Invisible Man: Elisabeth Moss is haunted by Oliver Jackson-Cohen in official trailer