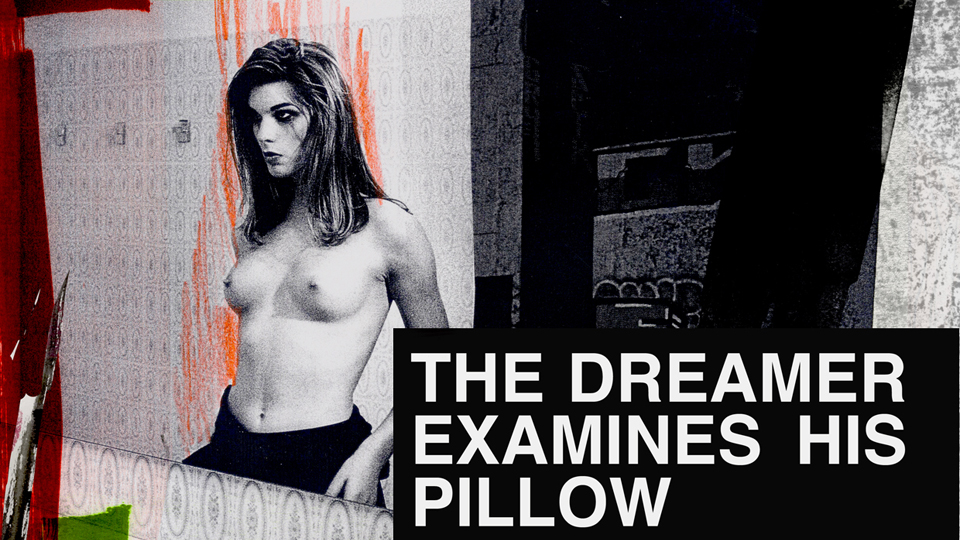 Anil Douglas is directing the UK premiere of John Patrick Shanley’s The Dreamer Examines His Pillow, which opens later this month at the Old Red Lion Theatre.

We caught up with him to ask about what audiences can expect from the play, what attracts him to Shanley’s writing, and how the Lightning Jar Theatre Company came about.

It’s the UK premiere of The Dreamer Examines His Pillow. What drew you to the play?

Its tenacity, poetry and thematic complexity. On the surface, the narrative is wonderfully simple and symmetrical. There are three scenes and three characters: a guy, his ex-girlfriend and her father. Yet the play’s real richness is buried deep beneath the surface. It was the contrast of having such a narrative whilst a complex, asymmetrical foundation of themes and textual issues lurked beneath that particularly resonated for me at first. It is a challenging text. But meeting that challenge is incredibly rewarding.

What can audiences expect from this production?

There is a primitive, raw honesty of the text that I feel anchors the acting, direction and design. It is exciting in its depth of character, unpredictable in its dialogue, and discursive in its treatment of themes. But it is perhaps the production’s intensity that an audience can best expect to encounter.

The play is set in the Bronx of the 1980s. What aspects of that era come through in the work?

It was a dark and isolated place to be, and the play explores that darkness and isolation. It was something of a sprawling urban graveyard, grappling with poverty, and interspersed with rubble and fires. The crumbling of communities and people’s livelihoods made people question humanity and their own identities, and the play explores thoughts of that ilk. Yet there was a strength and independent defiance in the Bronx at that time that is also evident in the text and our treatment of it.

Which themes in a thirty year-old play will still resonate with contemporary audiences?

It is perhaps not the themes themselves, but the questions the play asks of them that I feel will resonate. It asks us what we actually know about love; whether someone’s actions determines who they are; how sex makes us feel; if art has a purpose; whether you can truly know somebody else… A good text should always have the capacity to resonate, because its issues are human, irrespective of the context. This play is no different – it is about being human and human identity, and all the difficulties, challenges and questions that come along with that.

How easy was it to secure the rights to stage John Patrick Shanley’s work?

It wasn’t too difficult. I suppose it being a relatively unknown and underperformed text (particularly over on this side of the pond) made it slightly easier.

What do you admire about Shanley’s writing?

There is a rebelliousness in his writing that I really like. He uses words that do not appear to belong in their sentences – he chucks in the word ‘thyself’ in scene one – but it works, and it sometimes comes close to poetry rather than playwriting because of it. Yet his play’s characterisation, narrative or themes do not suffer as a result. A good way to explain is that he manages to make you feel increasingly intrigued and uncertain about the real themes of the play each time you read it. This is something that only a few playwrights can do.

Shanley is arguably best known for his screenwriting. Is there a cinematic quality to his playwriting too?

Certainly. He is very good at writing discussions and arguments you want to follow, whether in Moonstruck, Doubt or in this, because they move in such a gripping and unpredictable manner and rhythm. You never feel like you truly know his characters either, even by the end. Yet the play’s poetry and sense of raw honesty is something that I feel is slightly more suited to live performance, and therefore theatre. He is certainly the same writer, but here he seems freer to explore and experiment.

What appealed about the Old Red Lion Theatre as a suitable venue?

We hope that its intimacy will accentuate the intensity we want to create in the production. The space has a somewhat organic and self-sufficient feel to it, which I really like. It gives you a good vibe when you walk into it – it has personality but not so much that you feel it will conflict with your production. And it is a well-established fringe theatre venue, with a strong following, a good history, and there is a pub downstairs. Which is nice.

What is the remit of Lightning Jar Theatre Company and how did the company come together?

We want to try and create theatre that is watchable, simple and exciting, founded upon strong performances, in-depth work on the text, and clarity and cleanness in the design. We want to trust the form of theatre itself, rather than feel it needs to be altered into something different in a modern climate and for a modern audience. We came together from Manchester University and Central School of Speech and Drama, and wanted to put on some theatre. So we did.

What does the rest of 2013 have in store for Lightning Jar?

All my energy and focus is on this production at the moment. I’d be lying if I said it didn’t partly depend on the reception and success of this play, but we all get on, enjoy what we are doing, and are hopefully doing it well. So who knows?

‘The Dreamer Examines His Pillow’ runs at the Old Red Lion Theatre next to Angel Station from 22nd January to 16th February. Tickets are available online.