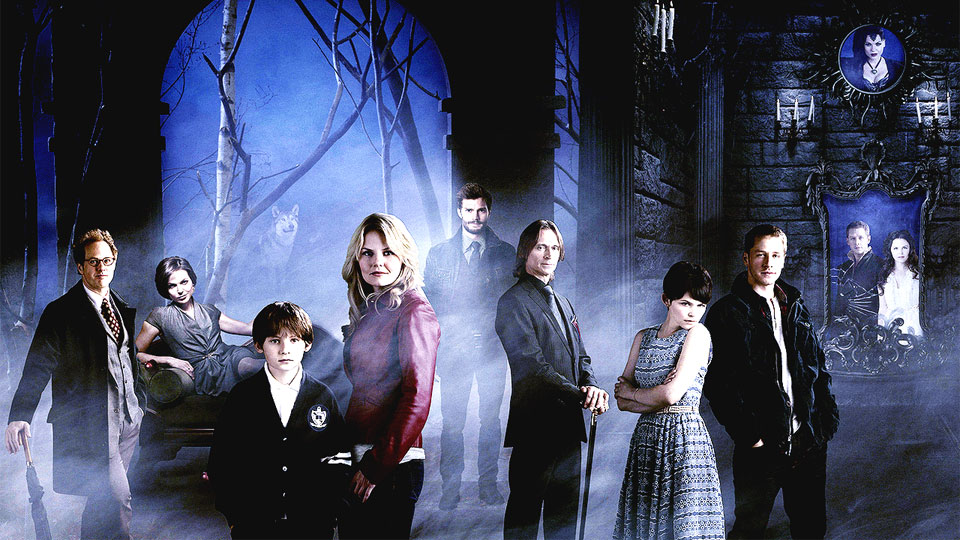 Emma Swan (Jennifer Morrison) is drawn to Storybrooke after her 10-year old son Henry (Jared Gilmore), whom she gave up for adoption, turns up on her doorstep. As she drives him back to his adoptive mother Regina (Lana Parrilla), the mayor of Storybrooke, Emma becomes concerned when Henry tells her that all the people in the town are fairytale characters who have been cursed by the evil Queen who he believes to be Regina. At first dismissive, Emma decides to stick around and joins the Sheriff’s office so she can keep an eye on her son and find out what’s really going on.

Once Upon A Time is a refreshing and interesting concept for a TV show. Utilising the well-known stories of fairytale characters such as Snow White, Prince Charming and Little Red Riding Hood, the show features a split narrative that reveals the characters’ pasts whilst a storyline unfolds in the present day. Emma is told by Henry that she is the daughter of Snow White (Ginnifer Goodwin) and Prince Charming (Josh Dallas) and decides to indulge what she believes is a fantasy so she can get to know him. Soon her constant battles with Regina make her suspect there could be more to Henry’s story and her encounters with the shady Mr Gold (Robert Carlyle) add more weight. Henry believes she’s the only person that can lift the Storybrooke curse but will Emma believe in time?

The pace of Once Upon A Time is pretty slow which is one of our main criticisms. It picks up in the second half of the season when a murder takes place and Mary Margaret aka Snow White is framed for it. Until then the show feels a little like it’s plodding along and some of the characters’ backstories we just didn’t care much for. In many ways the narrative device reminded us of Lost and it has the same love/hate reaction depending on which character it focuses on.

Our other criticism would be the special effects. Often it’s pretty obvious that the actors are acting in front of green-screen as the environments they are in look so artificial. It’s a shame really as this stops you from being able to suspend your disbelief. The modern day scenes are absolutely fine but the flashbacks could have been finessed a bit more.

One of the reasons Once Upon A Time works so well is because of its cast. Jennifer Morrison shakes off her Houseassociation as heroine Emma whilst Ginnifer Goodwin is the standout as the doe-eyed Mary Margaret who unbeknownst to herself is the ass-kicking Snow White. Josh Dallas provides eye candy as the hunky David aka Prince Charming whilst Robert Carlyle is suitably creepy as Mr Gold aka Rumpelstiltskin. Lana Parrilla relishes her every line of dialogue as the evil Queen and controlling town Mayor Regina. She clearly loves being evil and her performance is very convincing.

Extras on the boxset include audio commentaries, deleted scenes, bloopers and a variety of featurettes that take you behind-the-scenes.

Once Upon A Time: The Complete First Season shows a lot of promise and despite its initial slow pace it does become very addictive. If you can forgive some shoddy special effects (and the appearance of the ever-present Alan Dale) then you’ll find much to dig into. It’s wonderful to see such well-known stories being brought to life with a new twist and Emma and Henry are truly a partnership you want to succeed. Roll on season 2.

In this article:Ginnifer Goodwin, Jennifer Morrison, Josh Dallas, Lana Parrilla, Once Upon a Time, Robert Carlyle