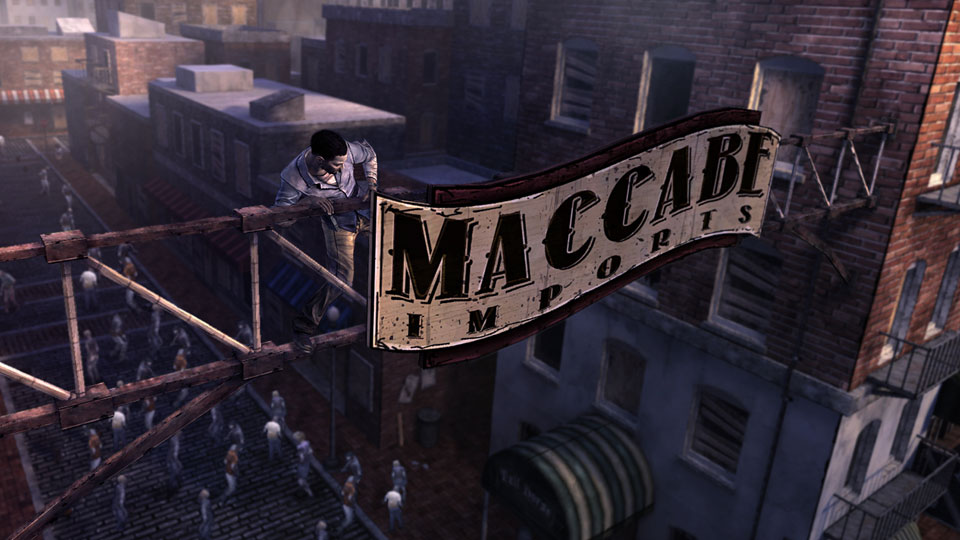 Hands up who was as surprised as we were at the end of The Walking Dead – Episode 4: Around Every Corner. We were left reeling as Lee succumbed to a zombie bite as he desperately searched for Clementine realising that she’d been taken by someone. As is the way of the game it’s up to you what you tell people and we chose to conceal it (for a short time anyway). The final instalment in The Walking Dead’s first season picks up with Lee, Kenny and Ben in the sewers trapped by Walkers as Lee’s health begins to rapidly deteriorate.

No Time Left is a fitting end for the first season of The Walking Dead by Telltale Games. Not only does it conclude the story in a satisfactory way but it pulls on every heartstring you have and it left us in tears. For those yet to play it we won’t give away the end, or at least the end we experienced, but just know that it will leave you an emotional wreck for quite a while after the game ends.

Unlike the previous instalments of The Walking Dead, No Time Left is considerably shorter in terms of gameplay time. We completed the episode in around 90 minutes but we were so hooked it whizzed by seemingly much quicker. The objective of the episode is to find Clementine and deal with the aftermath of Lee’s bite. As the episode progresses Lee’s health rapidly deteriorates and you have to make some devastating choices. Before the title credits of the episode even roll you have to decide if you think cutting off part of Lee’s arm will save him from turning into a Walker.

The supporting characters get a lot of screen-time in this final instalment as their stories come to a head too. Kenny and Ben finally come to blows as their simmering feud blows up and a few home truths come to light. Similarly Christa and Omid are forced to make difficult choices about their future in light of the news that Lee has been bitten. Clementine’s kidnapper turns out to be a real surprise and provides one of the tensest moments in the episode. If you really want to be disturbed we recommend you look in the bag…

As the episode drew to a close we had tears rolling down our cheek as we waved goodbye to The Walking Dead’sfirst season. The second season has been confirmed but at this stage we have no idea if it will be a continuation of the first season or a brand new story featuring different characters. As there are still some loose ends by the end ofNo Time Left we hope that we see the return of several characters.

Once you complete the episode you see all the decisions you made over the course of the season. It’s definitely tempting to go back to the beginning and make different choices to see how different the game pans out.

The Walking Dead has been nothing short of a triumph for Telltale Games. With remarkable story-telling, an unexpected emotional experience and some deeply difficult decisions to make, the game is one that has stayed with us over the course of our time playing it. It’s rare for a game to affect as much as this one does and we feel incredibly sad that we don’t have another instalment coming up imminently. Over the last few months we’ve spent hours with these characters and waving them goodbye is tough.