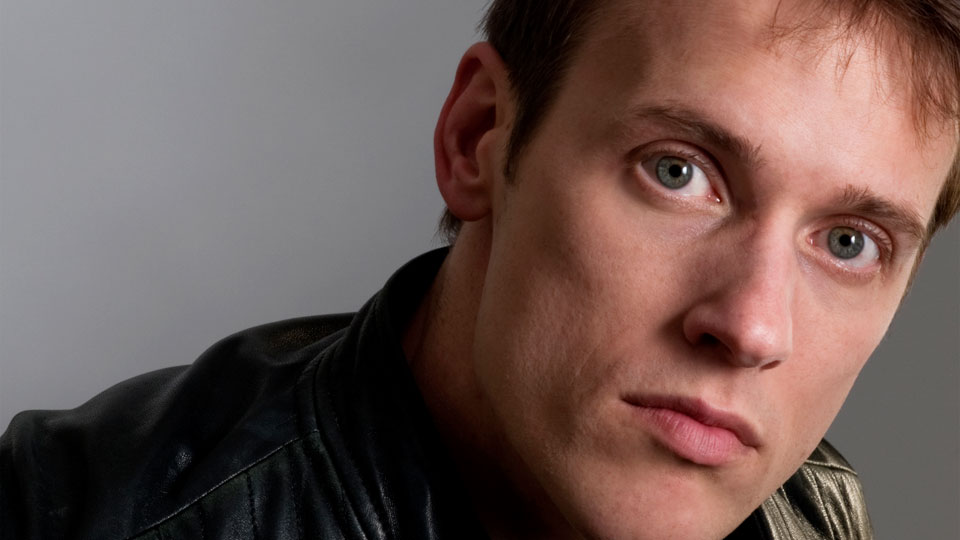 The penultimate day of Hollywood’s Hottest is here and we’ve got two more rising Hollywood stars to put on your radar.

Today’s spotlight is on actor Sean Hemeon who has racked up an enviable resume with his theatre and TV work. More recently he’s become known as one of the stars of hit online TV series Husbands.

We caught up with Sean to find out more about Husbands, talk about his career, and find out if he thinks the equalized world of Husbands will ever become a reality.

I am doing really well – just got back from NYC Comic Con where we had many opportunities to meet Husbands fans and sign autographs! Oh and we got to meet Elmo!!  I feel very cool now.

You are one of the stars of web series ‘Husbands’ which is currently in its second season. What can you tell us about it?

Husbands is a marriage equality sitcom that follows the two characters Cheeks and Brady. I play Brady – a pro baseball player who recently came out and has been dating Cheeks – an out actor – and in this world the federal marriage amendment passed. So Cheeks and Brady decide to celebrate in Vegas and end up drunk married! So rather than be the first celebrity divorce they decide to make a go at it. It’s like Mad About You or I Love Lucy.

How did you come to be involved with the show? What attracted you to the project?

I immediately loved the writing – it was just so well written and that’s always a dream for an actor. I loved the idea behind it and most of all I loved that I hadn’t seen anything like this – that’s always exciting to get behind.

I was the one wild card – the one part they needed to audition and they tried for a month to find the right Brady. I was the last guy to come in and right off the bat Cheeks and I had this chemistry that was palpable and well that was that…

Your co-star Cheeks aka Brad Bell is also the creator of the show. What’s he like to work with?

He’s fantastic to work with – a very giving performer and all around really generous human being. It always amazed me how he could step into the many different hats so flawlessly. He’d be giving his opinion on setting up a shot, or dealing with some mini crisis and then the director, Jeff Greenstein, would yell “action” and Cheeks would be right there with me in the scene!

Jane Espenson of ‘Buffy’ fame is co-writing ‘Husbands’ along with Brad. What’s it like working with a cult TV legend?

Oh I geeked out when I realized who she was. I am a huge Battlestar fan!! I watched the entire series a few months before the audition and felt so lucky just to have the opportunity to say her words. It’s so much fun going to all the conventions to see how many people she inspires – there are a lot of writers out there that claim her as the reason they write. That’s cool. Oh and she happens to be an amazing human being on top of that. Her, Cheeks and I have way too much fun together!

During a time when America is deciding their president, gay rights are at the forefront of the debates. How do you feel about the current state of gay rights and do you think we’ll ever reach the equalized world of ‘Husbands’?

I absolutely believe we will reach the equalized world of Husbands. Simply because it’s the right thing. I mean the world can be unfair but TRUTH always comes through – always! Gay rights are just following suit to the women’s rights and then civil rights movements. I know a lot of people don’t look at gay rights as a civil rights issue, which is fine for them but still doesn’t change the fact that it actually is a civil rights issue.

In my lifetime, in my state, and in my country – as a gay man I completely believe that I will marry the right person for me and it will be a right. We all deserve the same opportunities as any other citizen in this country – or in this world.

Now back to you. Tell us how you got into acting. What was your first break?

My first break was playing the character Max on As The World Turns. It was all a big blur from beginning to end. If people don’t know, soap operas shoot on a very tight schedule so it’s mostly all about hitting your mark and getting the line out – that’s it! So from audition to filming it was all over in like two days and I really got lucky to land the part. But it was enough for me to think that I could possibly do this.

We see from your ever-expanding resume that you’ve guest-starred in ‘True Blood’ and ‘Criminal Minds’. What were those experiences like for you?

I love vampires!!! Can’t wait to play another one!! Those experiences were just that – experiences, opportunities for me to grow my resume, and to experience being on a real TV set, which for someone starting out can be really intimidating and scary. I was blessed though because every time the other actors I worked with were just the coolest; they took me under their wings and walked me through everything. I love Denis O’Hare who I worked with on True Blood and Kirsten Vangsness from Criminal Minds was my Angel!! She shared her experiences with being on set for the first time and really brought all my fears down and just smiled and held my hand through it. Honestly, I was lucky and grateful to have someone like her! Now she’s becoming an amazing friend.

You’ve also done a lot of theatre work. Is that something you intend to do more of or would you like to shift the focus to TV?

Oh I was just in NYC and was able to check out a few Broadway shows. I definitely want to pursue theatre – absolutely!! I feel it’s where I really get to stretch myself as a performer and really go for things that I otherwise wouldn’t be able to. With all the rehearsal time that goes into theatre productions, I get to work me – my instrument – and see what I can do. On set I may get no rehearsal and only a few takes and sometimes after its shot only feel like I am just warming up. Theatre is like camp – or school – and it can really feed me creatively. On top of that – the audience is responding in real time and nothing can beat that.

I have three things I am working on right now.

First: the most important one to me right now is Husbands is headed to SLC on Nov 11th. We had some fans reach out to us from SLC (Salt Lake County) and see if Husbands could do something to support the Homeless Youth Resource Center there – Team Husbands knew that I was the “recovering mormon” so the group handed me the reins agreed to whatever I could come up with. So Husbands is headed to SLC for a viewing and panel discussion afterwards. We want to bring awareness to the at risk LGBT youth there in Utah and raise funds for the Homeless Youth Center which is actually disproportionately LGBT kids who have been kicked out because of their sexuality. Trevor Project – a national LGBT suicide hotline – is coming with us to expand their reach. It turns out that there’s at least one suicide a week because of LGBT issues. It’s really sad. I feel very grateful though that my experience in my life can actually contribute in some way even if it’s just sharing my story or help raise awareness. These kids are the future and I want them to know we stand behind them!

Also I’ll be guest starring in the Second Season of Bloomers the Series http://bloomerstheseries.com/

And working on a new online series called My Synthesized Life http://www.facebook.com/MySynthesizedLife

For all the latest news on Sean follow him on Twitter @SeanHemeon and check out his websitewww.seanhemeon.com. You can watch ‘Husbands’ online at www.husbandstheseries.com. Check out the first episode below: