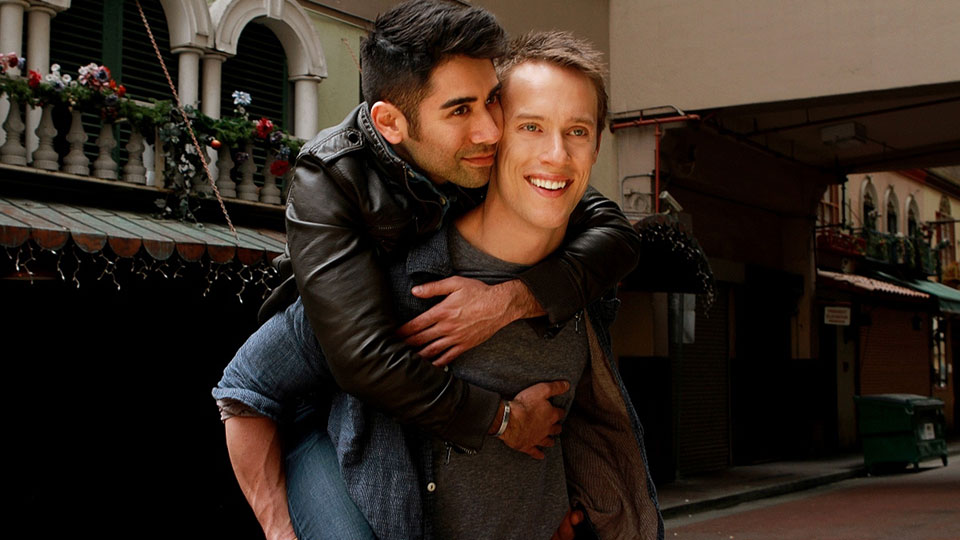 Husbands’ star Sean Hemeon is guest-starring in the second season of the hit web series Bloomers.

Making his first appearance in last week’s episode, Sean plays Ken who is a potential love interest for Brooke (Matt Palazzolo). The two didn’t get off to the best of starts but it seems their storyline has got some distance to go yet.

We caught up with Sean to talk about his time in Bloomers, find out how he got involved in the show, and to discuss the huge success of Husbands since we last spoke to him.

How are you today? What have you been doing so far?

This week saw your character Ken make his debut in Bloomers. Tell us a bit about him.

Ken’s a dude bro type guy – maybe tried to hide in his frat as a straight man but had sex with one to many of his dude bro friends and eventually was outed. Of course to his surprise his bro’s still loved him. Brooke comes into Ken’s life at a cross roads. Ken faces the challenge of living up to his dude bro persona via seeking the validation of his straight friends or living life with his heart and being true to himself and his feelings via Brooke.

He’s not gotten off to the best of starts with Brooke has he? How will their relationship progress?

Ken’s also met Karen, albeit in a different guise than usual. Will he be interacting with any of the other characters in the show before the season’s out?

Oh for sure! In one way or another there’s still more interactions! And with new important characters that haven’t been revealed yet!

How did you get involved with Bloomers?

Matt’s a great friend of mine and I appreciate his hard work on the series. We’ve acted in a few things together and I always love working opposite him. We have great chemistry.

How was your experience shooting the show and working with the talented cast?

Honestly, I know most of the cast from acting class so for me it couldn’t have been even more fun than it was. It really was just like a bunch of friends hanging out and having a good time, even when shooting through the night. Some friends play basketball, others knit, we create dramedy!

Web series are really popular at the moment. Why do you think so many actors, writers and directors are using that platform now?

I think I was born an artist. It’s who I am. So however that needs to come out of me, it will. The online world is inexpensive and there are no rules to it. It’s like a giant playground.  You can create whatever you want. So mostly it fulfils that deep desire that I imagine many of us artists share. At the same time, it’s a really cheap way to test a show out, to see how people react to radical ideas or groundbreaking content. Networks get iffy on taking risks with formulas that haven’t been tested yet. This is a way to test it.

You mentioned last time we spoke that you wanted to pursue some theatre roles. Have you got anything lined up?

I wish!! It was hard when we last spoke because I was stepping into pilot season. I had a lot of auditions and not a lot of time for a play. Things are calmer now so let’s see what comes my way!

Like I said – Husbands airs August 15th on the CW digital platform. So get ready for some more newly wed antics! And Matt (Brooke) and I are collaborating on a few other projects that we hope to roll out in the next few months so more on that later!

Find out more about Bloomers at www.bloomerstheseries.com. You can watch the latest episode The Uncertainty Principle below: