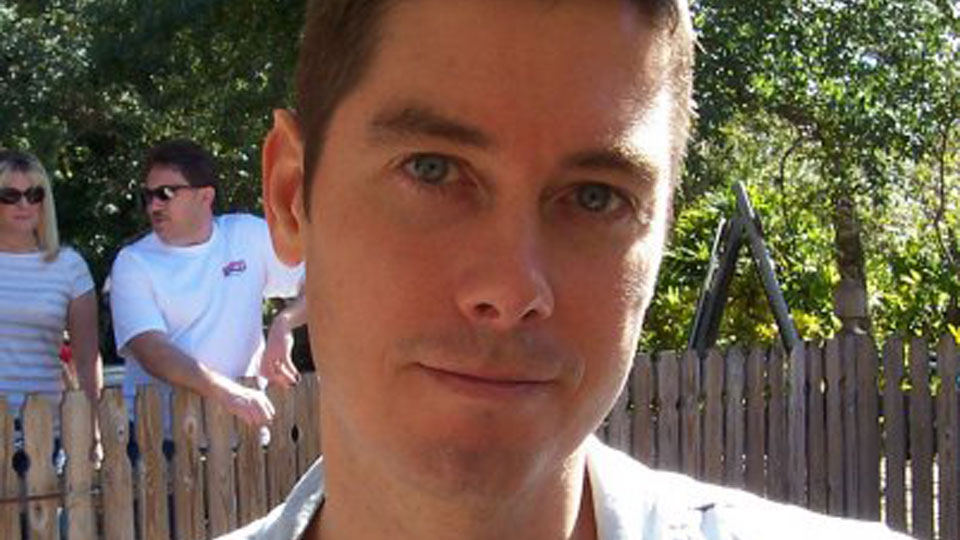 Writer and director Keith Hartman is under the spotlight in today’s instalment of Hollywood’s Hottest. Best-known for his debut feature film You Should Meet My Son, Keith is currently working on his new movie Real Heroes.

We caught up with Keith to talk about Real Heroes, find out what he learned from his previous movie and talk about his plans.

How are you today Keith? Where does this Q&A find you?

No surprise, I’m at Starbucks on my laptop.  You can find me here most days.  We’ve got a great little shop here in West Hollywood where everybody knows each other. And the guy behind the counter was in the film I shot this summer.

You’re currently in post-production for your new movie ‘Real Heroes’. Tell us about the movie.

It’s a comedy about B-string superheroes who go on a reality television show to promote themselves.  Sort of a screwball action comedy.

Where did the inspiration for the movie come from?

Honestly, it started because a friend of mine shot a really bad indie superhero film. Just unwatchable crap. But it got me thinking about all the fun stuff that you could do with a small budget superhero film. Weird, quirky stuff about their personal lives that you’d never be able to do in a studio film.

And of course, I always like to root for the underdog.  I love Spider-man and Wonder Woman, but I’m much more interested in the unknown heroes who are trying to break into the business, who are hoping to crack their first big case.  Like Sable, the single mom superhero in the film.  She’s trying to hold down a waitressing job, and raise her moody teenage daughter, and fight off a zombie Nazi who’s carrying around Hitler’s brain in a pickle jar.  And she’s starting to realize that she can’t be good at all three of those things.

Tell us about the casting process for the movie. How easy was it to find the right people for the roles you’ve written?

That’s the great thing about LA – the pool of talent is really deep.  Even on a small indie film like this, you have your pick from an amazing array of actors.

We spent a lot of time having the actors read with each other, because the chemistry is so important in a character-driven comedy like this.  For example, we had to find just the right pair of actors to play Sable and her rebellious daughter.

We hear you’ve jusy launched a Kickstarter campaign to help fund the final stages of the film. What made you decide to do that?

Yeah, I’m kind of nervous about the Kickstarter campaign.  If it works, it could completely revolutionize the way I’m making movies.

I was kicking around Hollywood for about 10 years before I managed to raise the financing for my first film You Should Meet My Son.  And it took me a couple years after that to raise the money for Real Heroes.  And even so, I was only able to raise enough for principal photography on that film, which is why I’m trying to Kickstarter the funds for Post-Production now.

So if the Kickstarter Campaign works, it lets me finish Real Heroes the way it should be finished.  But it will also give me a new way to move forward with other projects.  If the fan base is able to support my films on Kickstarter, then I could be making a film a year, rather than a film every two to five years.

How difficult is it to get a movie made when you’re working in the independent arena? What are the biggest challenges?

Financing is by far the biggest challenge.  I hate to say that it all comes down to money, but if you can’t raise the financing you can’t shoot the film.

The other big challenge is building a team.  Filmmaking isn’t really about one guy with a vision, it’s about a bunch of creative people who work well together.  And while there are a lot of wonderful talented people in LA, there are also a lot of lunatics.

Luckily, I’ve finally got a team that I’m really happy with.  My editor, Donna Mathewson, has this deep analytical understanding of comedy that’s just amazing.  I’ve also found a really good composer, a great sound engineer, a great line producer… a bunch of freakishly talented people who work well together.

The dirty little secret of directing is that 90% of your job is to hire people who are smarter than you are, and then to try and keep up with them.

What lessons did you learn from your first feature ‘You Should Meet My Son’?

I got really lucky with that film.  I cast the two leads separately, because they were both friggin’ brilliant. But I had no idea what would happen once we put them together.  As soon as they started rehearsing with each other something magical happened. Some of the reviewers have compared their comedic chemistry to Lucy and Ethel.  They just built this amazing relationship.   Whole layers that I’d never even thought of.  I wish I could take credit for it, but it was dumb luck.

So the biggest thing I learned from the first movie was to cast for chemistry.  It means that callbacks take a lot longer, because you’re having the actors read together in different combinations.  But it’s worth it when you find that magic chemistry that brings a relationship to life.

Of course, as it turns out, one of the best combinations in Real Heroes still happened by accident.  We had an actor leave the project two days before the shoot because he got a role in a bigger film.  And so we had to bring in a new actor very quickly, and there was no time to have him read with the guy who would be playing his boyfriend. And we got real lucky again.  Both the actors were very good, but something amazing happened when we put them together.  They wound up being one of the funniest, most engaging couples I’ve ever seen on screen.

Here’s the first in a series of fake interviews that we shot with them, so you can see what I mean:

You’ve been working on the script for your next movie ‘Vampire Strippers Must Die’. What can you tell us about that project?

It’s an action-comedy about B-string American Male Strippers who are on tour in Europe.  And half the guys in the group are straight, and half are gay, and they’ve been on tour for six weeks.  And they’re all about ready to kill each other.

And then they get to this small Romanian town where they’re attacked by vampires, and they have to band together to save each other.

I actually finished the script a few years ago, and it’s won a few awards.  But unfortunately, it will cost at least a million dollars to shoot, so I don’t know when I’ll be able to make it.

My next movie is a different project, called Confessions Of A Former Teen Superhero.  It’s sort of a superhero coming-of-age romantic comedy featuring Rick & Josh, the two characters that we all fell in love with while shootingReal Heroes.

We’re a fan of your writing, as well as your movies, what do you have coming up next? Will Drew Parker be making a return any time soon?

I’d love to do another Drew Parker novel, but those books are really densely plotted and they take me a couple of years to write.  I’m honestly not sure when I’ll have a chance to get back to them.

Most likely, the next book that you’ll see from me will be a graphic novel version of Vampire Strippers Must Die!  I’m working with an artist on the first issue. It’s gonna be fun, with the option to either read it like a conventional comic, or listen as actors read all the roles.  We’ll put the first issue up on the web for free, and then see if the fanbase can support a Kickstarter campaign to finish the other 11 issues in the story.  Comic book art is expensive.  Not as expensive as movie-making, but still expensive.

I don’t mean to sound like a walking ad for Kickstarter, but it really could be a game changer for all of us creative types.  If it works, it means that a lot of these weird little quirky projects like mine will find their way into the world.

What other projects do you have coming up in the remainder of 2012?

2012 is almost done!  So, the next few months are tied up with post production work on Real Heroes and (hopefully) shooting a couple of additional scenes that we just didn’t have the money to shoot this summer.

2013 is kind of at the mercy of Kickstarter.  If it works, we’ll be shooting Confessions Of A Former Teen Superhero in the summer and putting out the graphic novel for Vampire Strippers Must Die!  If it doesn’t, I’ll probably spend most of 2013 trying to figure out how to finish Real Heroes on the cheap.

Find out more about Keith at his website www.keith-hartman.com and his new movie ‘Real Heroes’ over atwww.realsuperheroesla.com.

Watch the Kickstarter video for ‘Real Heroes’ below and head over to Kickstarter to get involved.