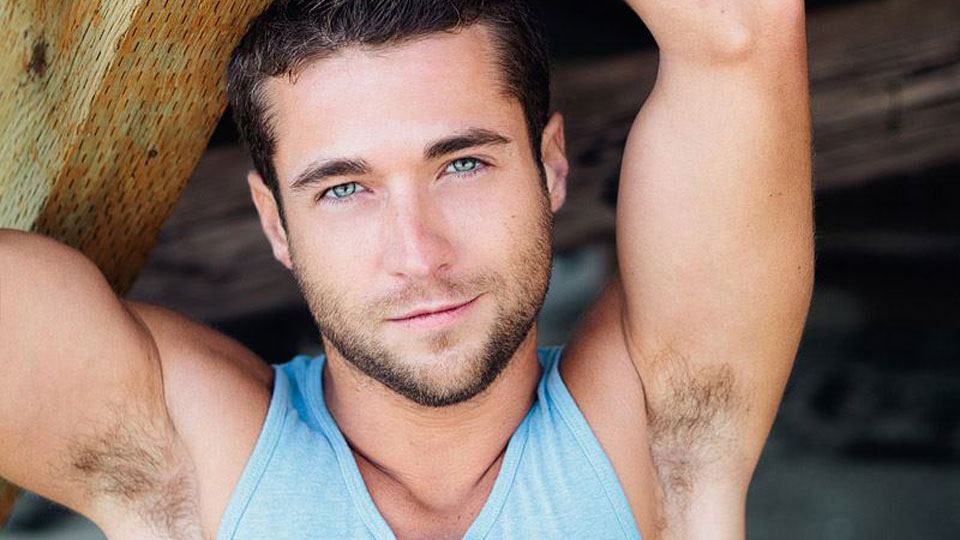 The final day of our Hollywood’s Hottest week is here and we’re definitely going out with a bang.

For our final day we’re moving the spotlight onto model, dancer and LGBT activist Colby Melvin who is making a name for himself with a new campaign aimed at encouraging people to vote.

We caught up with Colby to talk about his work with the Full Frontal Freedom campaign, talk about the state of politics in the US and discuss his modelling work.

I’m in Los Angeles.  I just returned from a trip to Seattle and I am leaving early next week for New York City.

You’re currently fronting the ‘Full Frontal Freedom’ campaign. What is it all about?

Full Frontal Freedom is the anti-PAC.  It is a coalition of independent artists and media executives – who want to use our talent and creativity to raise awareness and enhance civil discourse.?

We recognize that with creativity, innovation, passion and the power which comes from being on the right side of history, we can change hearts and minds in our favor.

I hope readers check it out.  www.fullfrontalfreedom.com.

Politics is a real talking point in the US right now. Why do you think there is still a large percentage of Americans that have not registered to vote?

Because too many people still think their vote doesn’t count.  There is still a feeling of apathy with Americans that think their voice cannot affect change.  Having become so involved in the fight for Marriage Equality, I would say the ONLY way to truly affect change is with your vote.

How do you hope to encourage people to get out there, vote and make a difference?

I am trying to be as vocal as possible.  I’m doing voter registration events in several cities and trying to do as many interviews about voting as possible.  I came out two years ago and I am trying to be an example about using your voice to work for positive change.  It isn’t an easy fight, but it is the most important fight I can think of.  Equality will only come from those who believe and work for it.

With the upcoming Presidential elections there’s a lot at stake in terms of gay rights. What are your feelings on the state of that topic at the moment?

It’s getting better and we are making progress, but there is still a long mountain to climb.  There are too many within our community that accept inequality.  We can’t stop fighting.  I hope that what happens in the individual states on November 6th will energize a new wave of momentum as people see that equality can be achieved – NOW!

It’s fun, but I’m not a singer.  The voice of the video is the wonderfully talented David Forest. However, if Wrong Direction helps further the cause, I’ll do it as long as people watch our videos.

What message would you send out to voters who haven’t registered yet?

What are you waiting for?

As well as your work with this campaign you’re a model and a dancer. How did you get into those?

I keep asking myself the same questions! Everything has really been serendipitous. It’s really been about being at the right place at the right time. An underwear model is not something I ever dreamed of becoming…ever…at all. All I know is, I’m enjoying it and having the time of my life in all that I do.

You have an enviable physique. What’s the secret to your finely sculpted body?

I grew up in Louisiana where we love to cover everything in butter and salt. I lived in a culture that literally revolves around food and I was always the skinny kid.  When I finally started working out, about 3 years ago, my body just responded well.  I know we hear this all the time, but it is about maintaining an active lifestyle.  I love the outdoors! I don’t want people to think I’m starving myself or depriving myself of flavour, in fact it is quite the opposite! Seriously, you should see me at a buffet. They key is self-control, not self-loathing.

Honestly, too many to count! I will of course have more photo and video shoots for Andrew Christian, more work with Full Frontal Freedom, and a lot more travel.  I don’t want to give away too much, but I promise there is MUCH to look forward to.

To find out more about Full Frontal Freedom head over to www.fullfrontalfreedom.com. For more about Colby visit his website www.colbymelvin.com and follow him on Twitter @ColbyMelvin