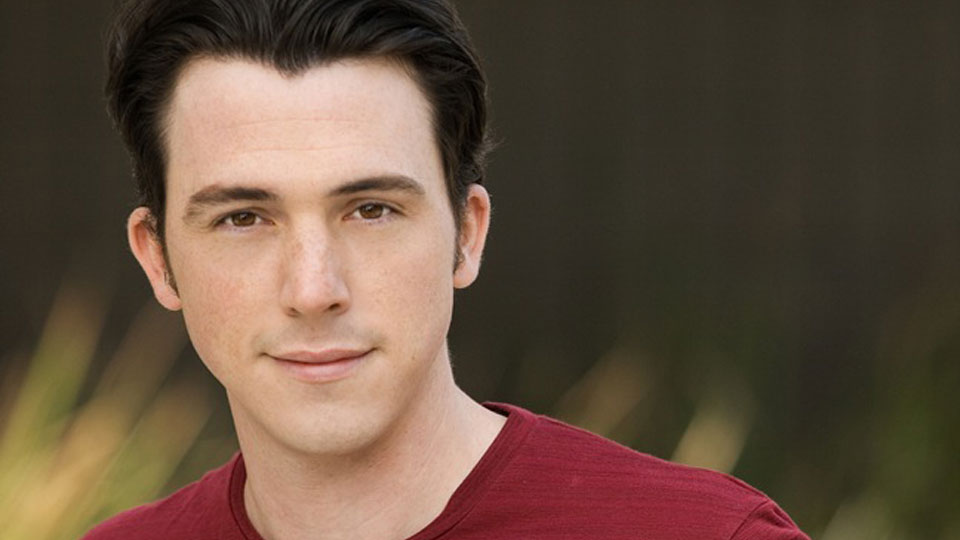 The temperature just keeps rising this week’s with our Hollywood’s Hottest week and you guys just can’t get enough.

Today’s Hollywood’s Hottest spotlight is moving onto the dashing and talented Nicholas Downs. A producer, writer and actor in Hollywood Nicholas enjoyed his breakthrough with the J.C. Calciano movie Is It Just Me?

We caught up with Nicholas to talk about the continuing rise of his career, find out about his web series Steam Room Stories, and to find out what he’s got coming up.

Doing very well thanks. I’m in my home in Los Angeles between auditions and found some time to answer your questions while enjoying a cup of tea.

You first came to our attention in the romantic comedy ‘Is It Just Me?’ How important a role has that movie played in your career?

I’m very proud of Is It Just Me? and my role in that film. Not only did I get to play a character I’ve always wanted to play but I have had such great response to it. Weekly I get messages from fans telling me how much they like the film and my role in it. I appreciate each and every one of those messages.

Since ‘Is It Just Me?’ your career has been going from strength-to-strength. What has been your favourite job since then and why?

I have enjoyed working on films, TV shows, web series and a play since then. I’d say two that really stick out are a play I did in Los Angeles called The Girl Most Likely To, where I played three roles and my episode of Castle, where I got to work with Nathan Fillion and Susan Sullivan.

Your partner in crime on a lot of your projects is director, writer and producer JC Calciano. What is it about working with JC that you enjoy so much?

We pretty much agree on everything, we have a very similar way of working and vision. It’s actually a rarity when we don’t agree on something, and that’s a hard thing to find. JC is not only a collaborator but he’s also a very good friend. He’s very talented and I completely respect him as a filmmaker.

You are a producer and writer for the hit online series ‘Steam Room Stories’ which we regularly feature. Tell us about the series and how it came to be.

It’s a web series that takes place in a steam room at a gym, need I say more? Ok I will…It came about when JC and I were looking to find ways to promote our films and get more fans. We came up with the idea for Steam Room Storiesand kept the setting simple with a little skin thrown in to boot. Before we knew it, it took off and had a life of its own and has become quite popular. You can check it out at www.steamroomstories.com.

What do you look for when selecting your next project?

Projects and roles that excite me are always great and if they can help to further my career and push me to the next level that’s a bonus. To be honest, work is work, but I have gotten to the point in my career that I won’t just do anything, I’ve been a bit discerning lately, I think one has to when building a career.

Do you have any desire to try directing in the future?

I’ve given that a lot of thought. And I’d say yes. It seems quite a number of actors have made that jump. It seems like a very fluid transition from acting. I feel acting will always be my number one, but directing does seem very creative and perhaps I could direct something I’ve written.

Something on the forefront of every American’s mind right now is the Presidential election and debates. What things do you want to see change post elections?

Less division. Right now it’s all about winning. It seems there is always a run off, or election. It would be great if it stopped being about who’s on top and who controls what house, and politicians get together and do the most good for the people. That’s what it should be about, but at the moment it’s about winning, not about the people.

What are your plans for the next six months? What’s in the pipeline work wise?

To continue looking for good projects to act in. Continue to work with the various filmmakers and producers I’m currently working with on various projects, from web series to feature films. I’m currently working with four different filmmakers/writers/directors/producers on varying projects on both an acting and producing level. And to continue to push my own scripts and see about getting them made as well.

What will you be doing for the holidays this year?

Spending it here in Los Angeles with my family. I think we are hosting Thanksgiving again this year! That’s what I get for making a good turkey last year.

For more on ‘Steam Room Stories’ head over to www.steamroomstories.com and to keep up to date with Nicholas follow him on Twitter @NicholasDowns