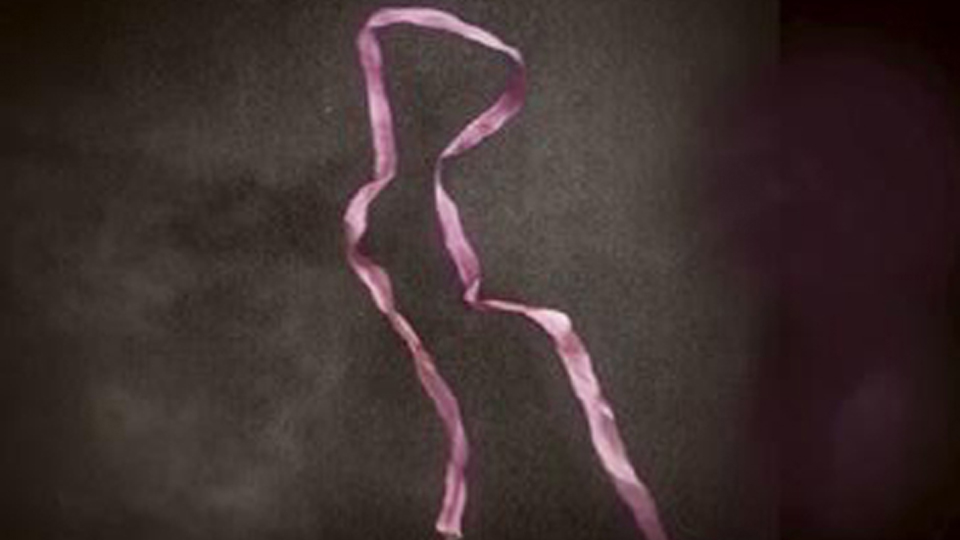 As you emerge from the tiny Brockley Jack Studio Theatre after an incredibly intense hour of Euripides’ epic tragedy, about of a country and family at bloody war, you’ll likely feel disorientated. Especially given you’ll stumble straight into the utterly nondescript-looking public house it’s bolted onto, possibly to the sound of a quizmaster reading out general knowledge questions in dreary monotone, like I did. But this contrast only emphasised how surprisingly good this production is.

Wisely, and despite the limited space available, homage is paid to the density and emotional scope of this ancient Greek text with the sophisticated deployment of a cast of 11 – all in the audience’s line of sight throughout. In theory this should make for a jumbled, bumping-into-one-and-other disaster, but every single actor and actress follows to the letter a fantastically intricate slow-mo choreography that communicates as much to the audience as the intimidatingly complex language.For this is difficult text, make no mistake. If you’re unfamiliar with the plot I suggest reading up beforehand. I’ll be honest. I didn’t – I didn’t think I’d need to; and I really, really struggled for it. However, having got over the initial shock of the darting themes and complex, powerful soliloquising against a Trojan War backdrop, the devastating family drama at the heart of the story becomes accessible. The three leads are excellent in facilitating this: their understanding of the story is so intelligent and boasts such depth that they can truly, truly act it (even peppering their deliveries with a modern twang), rather than just reciting the dialogue. (To the end, I hasten to add, I detected only one botched line throughout the entire play).

To pacify the gods ahead of the oncoming Trojan War, desperate Greek commander Agamemnon (Wayne Reid) makes plans to sacrifice his daughter Iphigenia (Maryanne Hedges) much to the horror of wife Clytemnestra (Jocelyn Weld Forester). An exhausting extremity of emotion is displayed as the characters debate with a panicked sense of urgency Iphigenia’s imminent death; I found Weld Forester the most impacting here. As the authoritative matriarch, her performance becoming more and more voluminous as the play wears on.

Just as she seems to channel the experience of a woman twice her age, Hedges’ inner-child is  pretty convincing: rather than skip around and be annoying and then collapse into a fit of sobs, Hedges’ lends Iphigenia a true sense of innocence, confusion and eventually acceptance as she tries to get her head around her fate. Last night, she got so caught up in the sadness of her character’s plight, she cried real tears. It’s hard not to be swept away by the committed performances: at various points director Gavin Harrington-Odedra punctuates the story by having an individual break down under a hazy spotlight, and Reid’s father on the brink of his sanity, all contorted limbs and hair pulling as he anticipates what he has orchestrated, excels in this moment.

I loved the gentle creativity of the choreography and the stoic dignity of the chorus; I also admired the slight, almost uncanny effect the modern costumes had on the centuries-old story. But most of all I liked that the reinterpreted elements were subtle enough to not overpower a timeless story that I guess I’ll have force myself to read now.