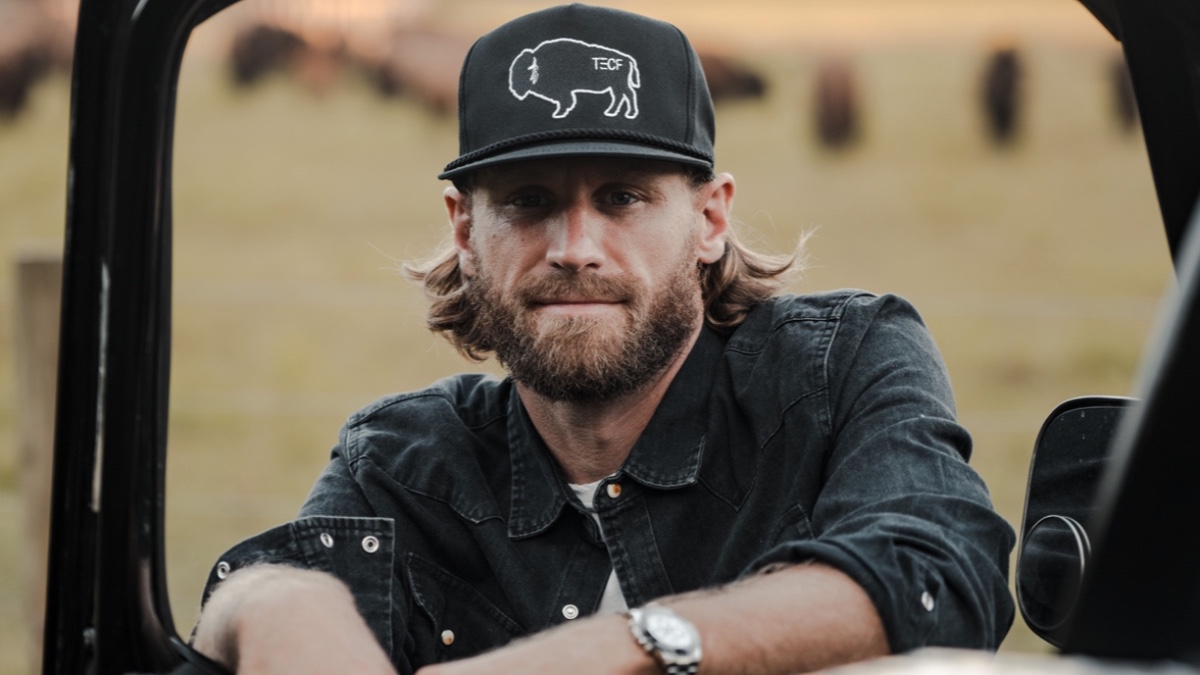 For singer/songwriter Chase Rice, a year off the road spent reconnecting with his passions both musically and personally resulted in a brand-new album featuring a sonic return to his roots. ‘I Hate Cowboys & All Dogs Go To Hell’ set for release 10 February, 2023 and is available to pre-order / pre-save HERE.

Featuring 13 tracks, ranging from emotional reckoning to admiration of a Western way of life and including recent releases ‘Key West & Colorado’ and ‘Way Down Yonder,’ plus a reimagined album version of ‘If I Were Rock & Roll,’ the project honours his late father, Daniel Rice, with its cover art.

“My dad was one of those good guys you read about – tough, hardworking, always helping other people out,” Rice notes of the man gracing the album cover. “I try to live my life in a way that would make him proud. I haven’t always measured up to that, but I get closer to that man I want to be and the man he’d be proud of every single day.’

“Making this album was a big step towards that musically, too,” he continues. “Not only is it the most vulnerable I’ve ever been, it’s also a sound he’d enjoy listening to. I’ve always wanted to honor him by using this photo as an album cover, and I know this project is the one that deserves that. I can’t wait for y’all to hear it.”

Building on solo songwriting sessions with just his acoustic guitar, plus trips with friends where songs were born from real life as opposed to Music Row writing appointments, Rice took the same approach into the recording process with producer Oscar Charles. Forgoing a traditional studio, Rice and Charles turned his rural home into their 24/7 workspace, bringing in a live band with no click track to capture a rugged, authentic sound.

The resulting sound is a raw, passionate side of a reinvigorated Rice, who serves as a writer on all 13 tracks, including three solo writes. For all the latest news on his forthcoming music as well as upcoming tour dates, visit ChaseRice.com and follow Rice on Facebook, Twitter and TikTok@ChaseRiceMusic and on Instagram @ChaseRice.

I Hate Cowboys & All Dogs Go To Hell Track List: