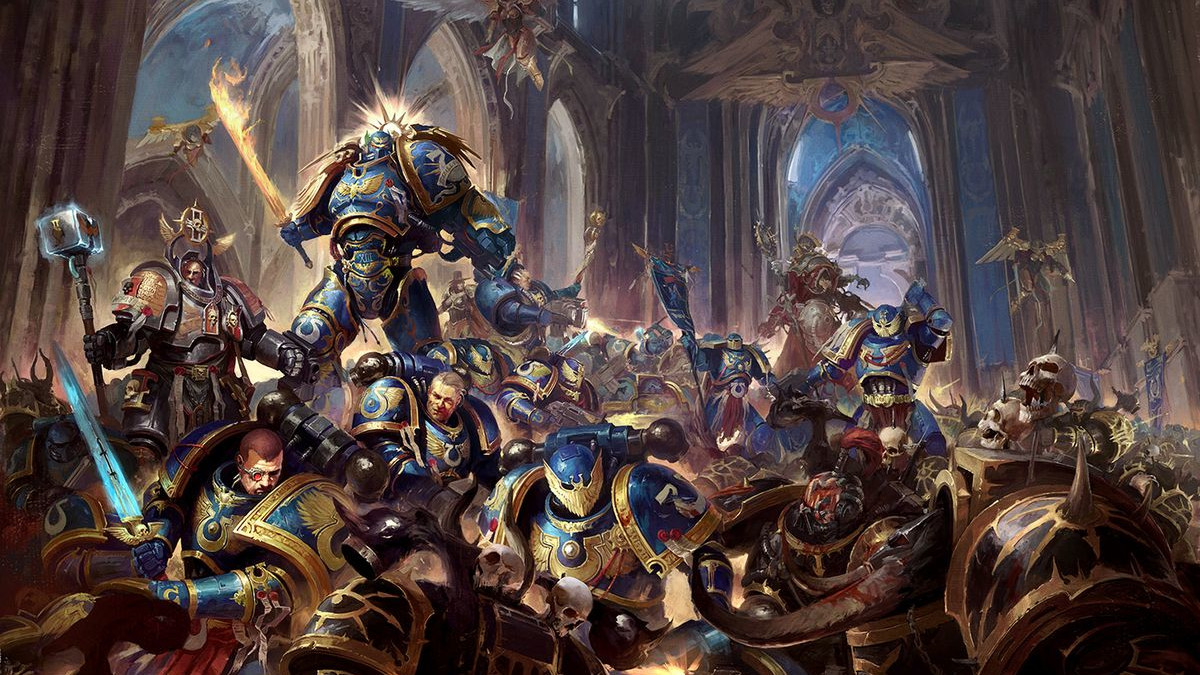 Around thirty years ago I was an avid collector and wargamer within the Warhammer fantasy game. I had hundreds of the, then lead, models, a hastily built gaming table ( a piece of plyboard on the floor) and seemingly all the time in the world to pursue my hobby whenever I felt like it. Fast forward three decades and I’ve decided to get back into the hobby and have started collecting and painting Warhammer 40K models. This time around though, things are different and there are many considerations I’d taken before I dove straight back in. Don’t get me wrong, I don’t regret doing it, but if you plan on doing the same there are more things to take into consideration than you might think.

Do you have the time?

As a kid, you have nothing but time. You likely had very few commitments and every school holiday was an ocean of time you could simply get lost in. For most adults, this is not the case and is something you need to think about. The question to ask is ‘can I fit this hobby into my life?’

Collecting and painting Warhammer is a time sink. Building even the most basic of models can take longer than you expect once you’ve clipped everything off the sprues, cleaned the mould lines and then assembled everything. I’ve spent several hours building only a few models to ensure they are up to scratch before I even think about applying any paint. If you feel you can’t commit the time then don’t get back into the hobby, it will simply be a waste of your money and a source of regret.

All of this is before you even think about taking your army into battle.

Can you afford it?

Let’s be honest, times are getting harder and money is finite. Collecting Warhammer can be very expensive, especially when you are starting again and need literally everything. Think about it, you need paints, brushes, glue, clippers, a craft knife and the list just goes on. This is before you’ve bought any models or rulebooks. There is a decent second-hand market, which I will touch on later, but Warhammer stuff tends to hold its value pretty well.

You don’t have to buy everything all at once.

By this, I don’t mean the basics. Obviously, you need paints, models and at least some basic tools. What I’m referring to here are all of the extra and expensive pieces of kit that are available nowadays. My example here is a bit extreme but helps to put my point across.

I’m sure you’ve been watching Youtube videos on the topic like I have and all of them seem to use airbrushes. I’m quite impulsive and immediately wanted one before I’d even bought any models. Thankfully I saw sense and didn’t invest as these things can easily set you back a few hundred quid for a decent one.

I essence keep things simple. All you need are some paints, brushes, models and a few basic tools to begin with. Everything else can be picked up at a later date once you’ve decided you’re committed to the hobby again.

Don’t compare yourself to others.

Watch youtube, and join some Facebook groups but don’t compare your work to what you see on these sites. In short, when you start out again you are going to be rubbish at painting. Your models will likely look like sh*t compared to what you see online, remember that people only want to show off their best stuff and videos are edited to cut out the mistakes.

Definitely use these resources to learn and have the standards on display as something to aspire to but don’t spend too long thinking about how bad your sad lumps of plastic look compared to these works of art.

You suck at Warhammer.

You can’t paint, you have no idea what army to buy other than what you think looks cool and even then you have no idea what units to buy, how they work, whether they are game-legal and how to paint them up properly. Yep, it blows being a new Warhammer player, most of what you knew as a kid is irrelevant and you are literally starting from scratch.

This has been my experience at least and you know what? I don’t care. Not knowing anything has made getting back into this hobby an adventure and I’m loving it. I’ve simply been picking up what I think looks cool. I don’t care if it can be played in a game, at the moment I just want to get a feel for things and have models that look good to me. As I get better I will certainly pay more attention to what I am buying so that I can build up a credible force to take to battle.

Buy bits of everything at the start.

There are far more armies available nowadays than when I was a kid. With this in mind, I recommend not committing fully to any particular army before you’ve painted up some models from a few of them. Just because you like a few models from one army doesn’t mean you’re going to like the whole army. For example, I really like the look of the Black Templar Space Marines and I’ve gradually built up a small force. Since then I’ve picked up a couple of Chaos Marines which I have enjoyed painting far more than the templars and now I’m thinking should I have gone Chaos?

My point is to take your time before you go all in, do some research, play a game with several forces if you’re able to and try painting up different models before you fully commit.

Back when I was young there was no internet, you either went to Games Workshop, a different hobby store or traded with your friends. These were the only real options available to us at the time when we wanted new Warhammer stuff.

Nowadays things are very different and there are lots more ways to go about purchasing new things. You should definitely join a few groups where people are buying and selling Warhammer. I’ve been able to pick up some bargains and generally the community in these groups has been really nice to deal with. I recently had a guy literally drive to my house so I could look through all of the stuff he had for sale and got loads of stuff you can’t buy any more for an absolute steal!

In short, don’t just assume you need to only use your local Games Workshop store, there are so many more options available to you now.

In this article:Games Workshop, Warhammer 40k, Warhammer Age of Sigmar