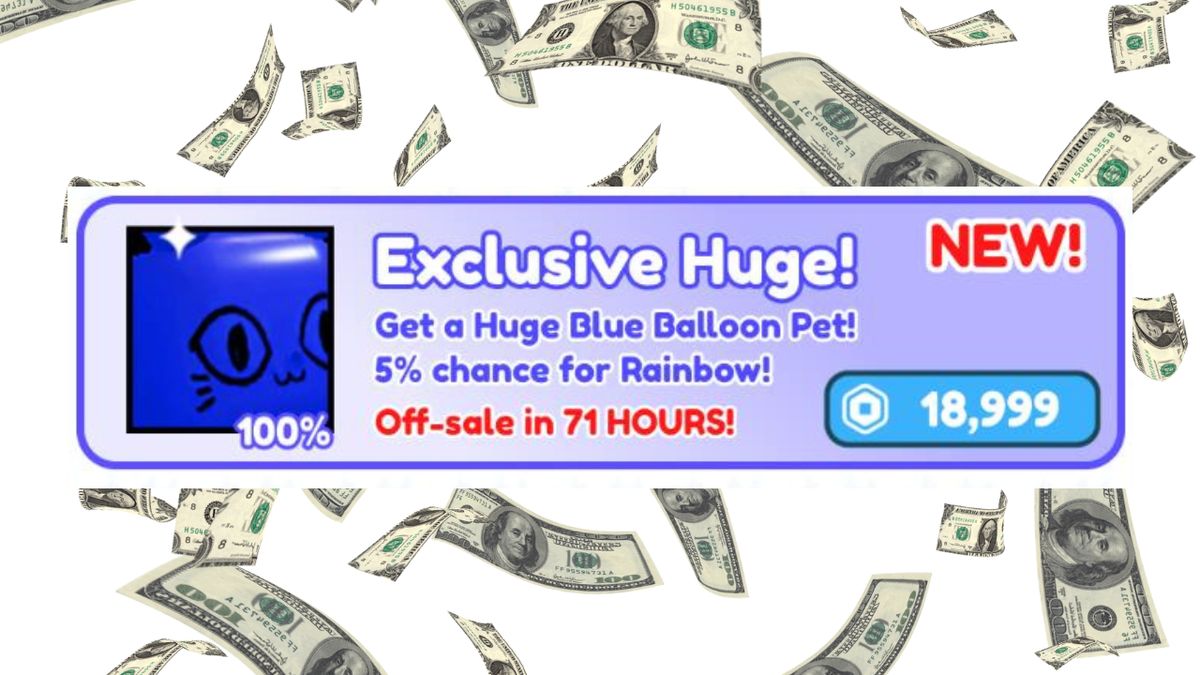 Many Roblox games are notorious for being play to win and simulator games tend to be the worst. Winning in simulator games is generally considered to have the rarest pets, most of which can only be obtained by spending money on game passes. This approach already alienates many players on the platform as many of them are kids. It can also put a lot of pressure on parents as their kids could well be asking for Robux so they can obtain these items.

Pet Sim X, in my opinion, has become the worst of the worst. It’s already almost impossible to get the rarest pets even when you’ve bought all of the game passes. In addition, lots of pets are often hidden behind a paywall and not a cheap one either.

In short, the developer appears to be more interested in making as much money as possible rather than improving the game itself. There has been little work on the game recently other than the very lazy Hardcore Mode update (check out my review) and players went months without a credible update until the release of Cat World last week.

The update that went live today (09/11/22) cements in my mind that the developer only wants your money as he has introduced a pet that costs a staggering 18,999 Robux. To put that into context, this would cost you around £180 to buy the required amount of Robux. Granted, you would have some spare after buying it but I feel this is a ridiculous amount to charge for a virtual pet in a game.

Personally, I find this incredibly insulting and certainly won’t be spending my hard-earned money on such a ludicrous item.

I understand that game developers need to make money in order to further develop and improve their games or work on new titles and I am absolutely fine with spending money on game passes in games. I would prefer it if it actually cost Robux to buy a game but that isn’t the way things seem to work on the platform. What has really annoyed me about this release is not only the really obvious cash grab, but the fact that it feels like none of the funds ever seem to go into making the game better.