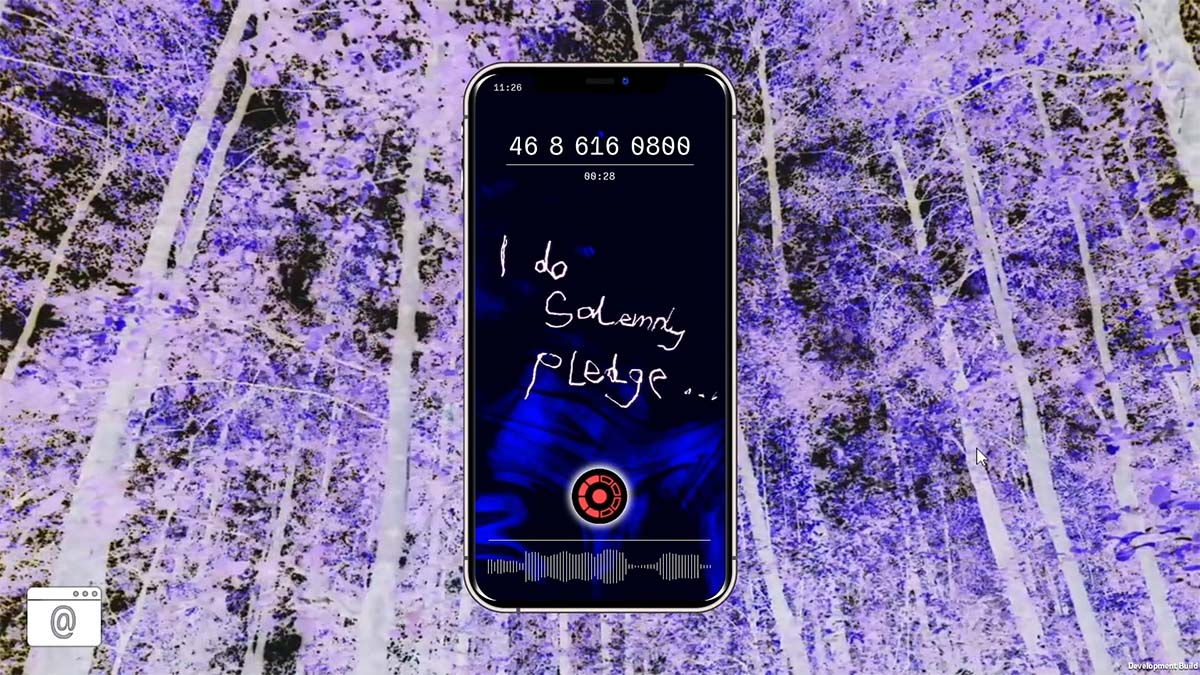 ‘Unknown Number: A First Person Talker’ is coming to Steam on 21st September 2022, it has been announced by indie studio godolphin games.

‘Unknown Number’ is a game that’s guaranteed to get people talking… literally. After a mysterious phone call drags you into a high-stakes heist, you’ll be cracking passwords, tricking guards, impersonating oil executives – and just generally saving the whole goddamn world – all with your voice.

“’Unknown Number’ is the world’s first ever ‘First Person Talker’ – and we can’t wait for you to experience it”, says Thomas Keane, Creative Director at godolphin games. “The game will have you talking, shouting, singing, and whispering – in a daring attempt to save the earth from climate catastrophe. It will also have you wondering why on earth more games aren’t built around voice-commands. For us, the ambition of Unknown Number is to kickstart that revolution. Over to you, Rockstar – ‘GTA: A First Person Talker’ has just gotta happen.”

‘Unknown Number’ is played via a series of interactive ‘phone calls’. You’ll be using voice-commands to talk directly to a rich cast of complex characters – and to solve a wide variety of puzzles.

Expect moral quagmires and head-scratching aplenty, in this quest to help two eco-warriors steal $7b from seven heavily guarded vaults. Who knows, you might even make it out alive.

Watch the trailer for the game at the top of this article.

In this article:Steam, Unknown Number