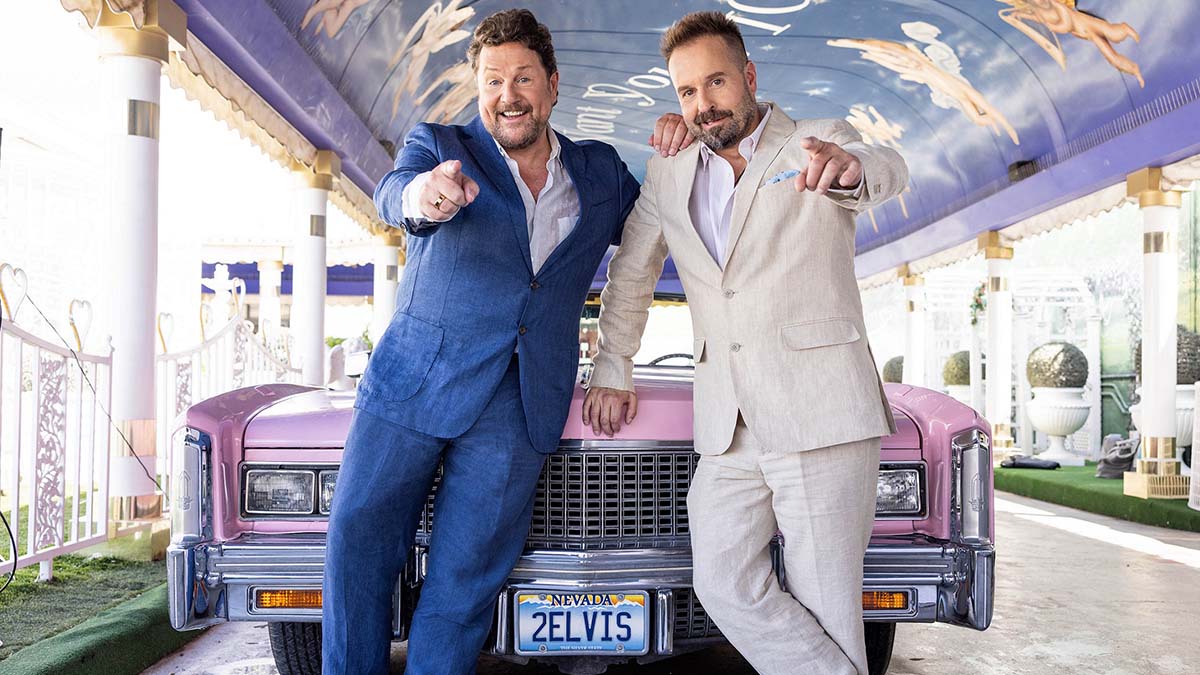 Michael Ball and Alfie Boe will release new album ‘Together in Vegas’ on 28th October 2022 on Decca Records.

Their fifth studio album together, ‘Together in Vegas’ sees the duo covering classics from Las Vegas icons such as Elvis Presley and Frank Sinatra.

Speaking of the new album, Michael says: “Working on this album with Alfie has been a blast and I can’t wait for you all to hear it. I honestly think it’s the best one yet! Recording classics from legendary artists such as Elvis, Frank Sinatra, Dean Martin & Frankie Valli, who are not only huge inspirations to us, but true Las Vegas icons, is an absolute dream.  As we all know, Las Vegas really is the entertainment capital of the world and, hopefully, we can bring a little bit of that magic to you through this album.”

With Alfie adding: “Playing Vegas has always been a dream of mine and finally it’s becoming a place I’m performing and spending more time in. Making the latest Ball and Boe record Vegas-themed was exciting to us for many reasons. There is an energy in Vegas that lights up in a way nowhere else does, and it felt like the perfect moment in time to bring that energy into our new album. It’s a chance to let go and have some fun, especially after a pandemic, and it’s important for our incredible fans to feel that excitement with us. Everyone is in need of a bit of Vegas in their lives right now!”

Inspired by Alfie’s momentous two-day concert event at the legendary International Theatre at Westgate Las Vegas Resort & Casino this summer, the decision to record such iconic repertoire was an easy one for both singers.

‘Together in Vegas’ follows the phenomenal success of the duo’s previous four duet albums; Their debut ‘Together’, became the UK’s best-selling album of 2016, beating the likes of Little Mix and The Rolling Stones to the Christmas No.1 spot.

This was followed by ‘Together Again’, which brought the pair yet another No.1 album in 2017. Ball and Boe went on to release ‘Back Together’ in 2019 which reached No.2, before a third No.1 album, ‘Together at Christmas’, in 2020.

The track listing for ‘Together in Vegas’ is:

In this article:Alfie Boe, Michael Ball