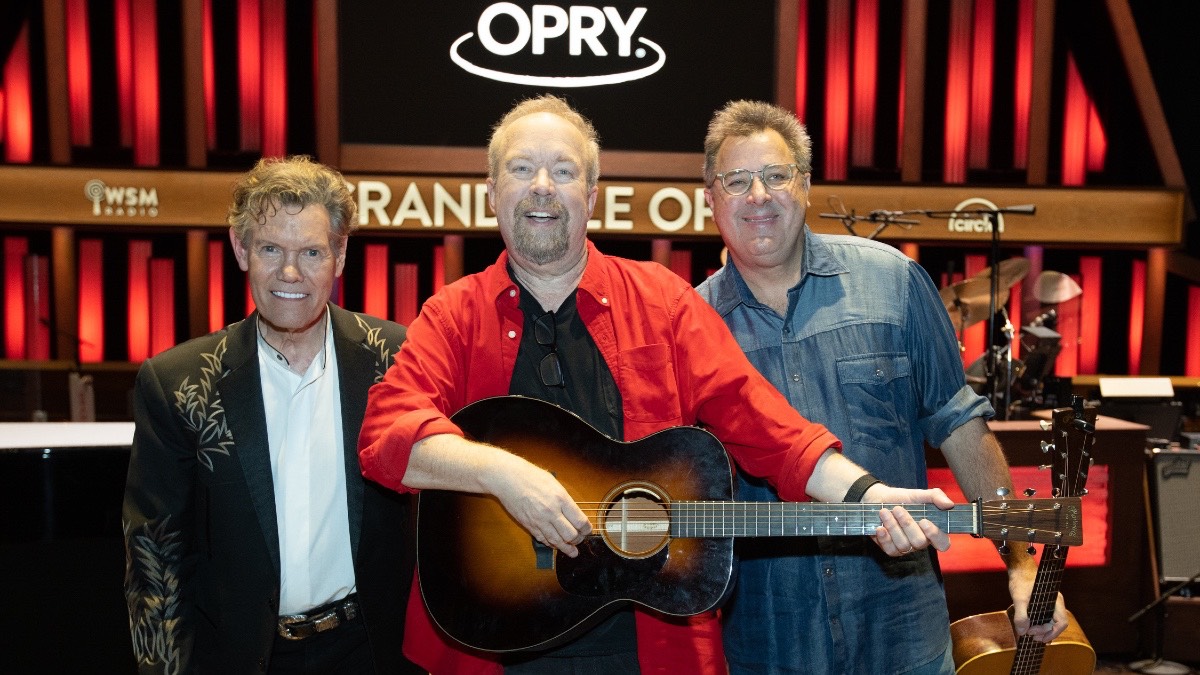 Award-winning songwriter Don Schlitz, a member of the National Songwriter Hall of Fame and the Nashville Songwriter Hall of Fame, has been welcomed as an official Grand Ole Opry member by Opry legend Vince Gill. His surprise Opry invitation earlier this summer along with Hall of Famer Charlie McCoy was the first time the Opry has invited two entertainers in a single evening since it has become customary to make the surprise invitations in public.

Schlitz opened his performance with ‘The Gambler’ and ‘When You Say Nothing At All’ and then remarked to the audience, “Since Kenny (Rogers) and Keith (Whitley) aren’t here, I get to represent what you and they had together. I get to be a bridge for them. That’s why I get to be a member of this special place, because I’m representing these artists.”

He then welcomed his dear friend, Opry member and Country Music Hall of Famer Randy Travis to the stage. After waving hello to the audience, Travis was seated on the stage to watch Schlitz perform the Schlitz-penned Travis classic ‘Forever and Ever, Amen.’ The performance brought the audience to their feet and was followed by a video of numerous leading country artists singing Schlitz’s compositions on the Opry stage over the course of the last five decades.

Opry member Vince Gill then joined Schlitz at center stage. The two shared banter about their nearly 40-year friendship and the time Gill unexpectantly brought Schlitz out to the Opry and on stage.

“Don Schlitz’s songs have had a home on the Opry stage for years, and we are all thrilled that our friend Don is now officially home here as well,” said Dan Rogers, Opry executive producer. The Opry will outlive all of us, and I have faith that generations from now, great artists will still take to the Opry to sing Don Schlitz songs, all of them gifts that keep giving to music fans.”

In this article:Don Schlitz, Vince Gill