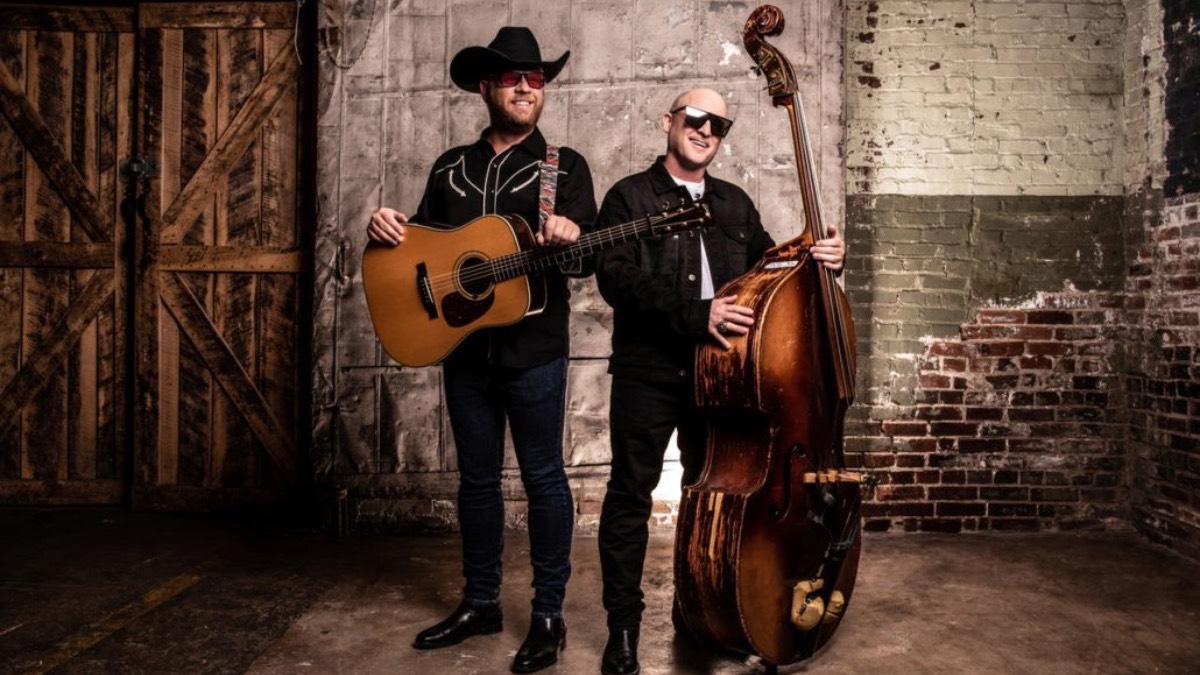 Jamie Dailey and Darrin Vincent have released 9 albums since 2007 and have emerged as one of the most successful duos in bluegrass music. They have won 5 Grammy awards as individuals, Jamie did nine years as lead singer for Doyle Lawson & Quick Silver and Darrin with Ricky Skaggs & Kentucky Thunder, and garnered six more nominations for their work in Dailey & Vincent.

This new partnership with BMG under the stewardship of esteemed producer Paul Worley (Lady A, The Chicks) sees the duo stretching out from Bluegrass into the area of traditional Country music in some style. For such accomplished musicians that transition must have been quite easy and you can hear the skill, quality and deft musicianship all over ‘Let’s Sing Some Country’, an album of classic songs and re-interpretations that feature contributions from the likes of Vince Gill, Alison Krauss, Jimmy Fortune and Rhonda Vincent.

There is a timeless quality to to the music on offer on ‘Let’s Sing Some Country’. You can hear the 70s, 80s, 90s, for sure, but what you will be left with after listening to this album is a sense of ‘decade-less’ Country music that exists, in and of itself, outside of any time-stamp or pigeonhole. This is simply, honest to goodness Country music, played with aplomb and delivered with heart and soul.

Album opener, ‘I’ll Leave My Heart in Tennessee’ sets the tone for this album, one that sits up there alongside the great ones produced by the likes of Vince Gill and Marty Stuart. Seemless, seemingly effortless, musicianship binds the songs together in a continuous narrative that is a delight to listen to. ‘…….Tennessee’ has just been adopted as the song of the state with the same name. It is all crisp, clear vocals and plaintive fiddles until a gentle but insistent drum beat kicks in in the second verse as the duo sing about all the things they love about the state.

Dailey and Vincent’s admiration of a certain Vince Gill is writ large across this album. They cover Gill’s ‘Colder than Winter’ song but manage to turn it a shade darker with a portentous opening and a lush, intense production. ‘Young Man’s Town’, from Gill’s ‘Next Big Thing’ album is also part of the album too. Lovely piano flourishes here underpin a steady, driving beat on a song that deftly touches upon the inevitability of getting older and the passing of time in the music industry. The final nod to Gill comes on album closer, ‘If I Die Drinkin’, which he co-wrote with Ashley Monroe. Some superb steel guitar anchors a song that is dripping in heartbreak and wisdom. It’s a lovely way to close down the album as the duo sing ‘If I die praying, I ain’t afraid to go.’

Elsewhere on ‘Let’s Sing Some Country’ you’ll find some superb bar room honky tonk and wonderful three part harmonies. ‘You Rescued Me’ is a lovely song about redemption, love and finding your true north with a delightful mix of guitar, fiddle and church organs underpinning a melody that just makes you want to sing. ‘Those Memories of You’, meanwhile, has some of the best harmonies you’ll hear on an album in 2022 and a unique time change that elevates what is a simple song into something much more. First recorded by Bill and James Monroe in 1978, ‘Those Memories……’ was also recorded by Pam Tillis in 1986, Dolly Parton with Linda Rondstadt and Emmylou Harris in 1987 and then LeAnn Rimes in 1992 so there is a huge pedigree behind this song but Dailey and Vincent make it theirs in one classy three minute blast.

The honky tonk is provided by ‘Feels Like That Again’, a song written by Karen Staley who wrote songs for Patti Loveless, Faith Hill and Tracy Byrd back in the 90s. It’s a funky, uptempo number with some some gorgeous melodies popping out all over. ‘Message from the Farm’ takes the bar room feel even further whilst adding in a dash of Marty Stuart style panache. It’s a tongue-in-cheek look at a guy’s life, and a farm, falling apart after the departure of a women, that is artfully delivered with a unique chorus and some bar room piano joy. Add in a cover of the Oak Ridge Boys’ ‘Dig a Little Deeper in the Well;, which has a superb baritone providing the third part of the harmony and you’re left with something bigger and better than the sum of its individual parts.

With ‘Let’s Sing Some Country’, Dailey and Vincent have produced a classic Country album that exists in a timeless space where only the greats, like Vince Gill and Marty Stuart frequent. It’s full of quality, nuance, light and shade. The deft touches are quietly executed with style and the whole thing feels removed from the hustle and bustle of the modern mainstream Country industry. It exists in its own little universe, separate from the machinations of the labels and Music Row. These Bluegrass legends have added another string to their bow and I wouldn’t be surprised to find another Grammy nomination heading their way.

Tracklist: 1. I’ll Leave My Heart in Tennessee 2. You Rescued Me 3. Hillbilly Highway 4. Colder than Winter 5. Those Memories of You 6. Dig a Little Deeper in the Well 7. Closer to You 8. Feels Like That Again 9. Young Man’s Town 10. Message From the Farm 11. If I Die Drinkin’ Record Label: BMG Release Date: 16th September Buy ‘Let’s Sing Some Country’ now