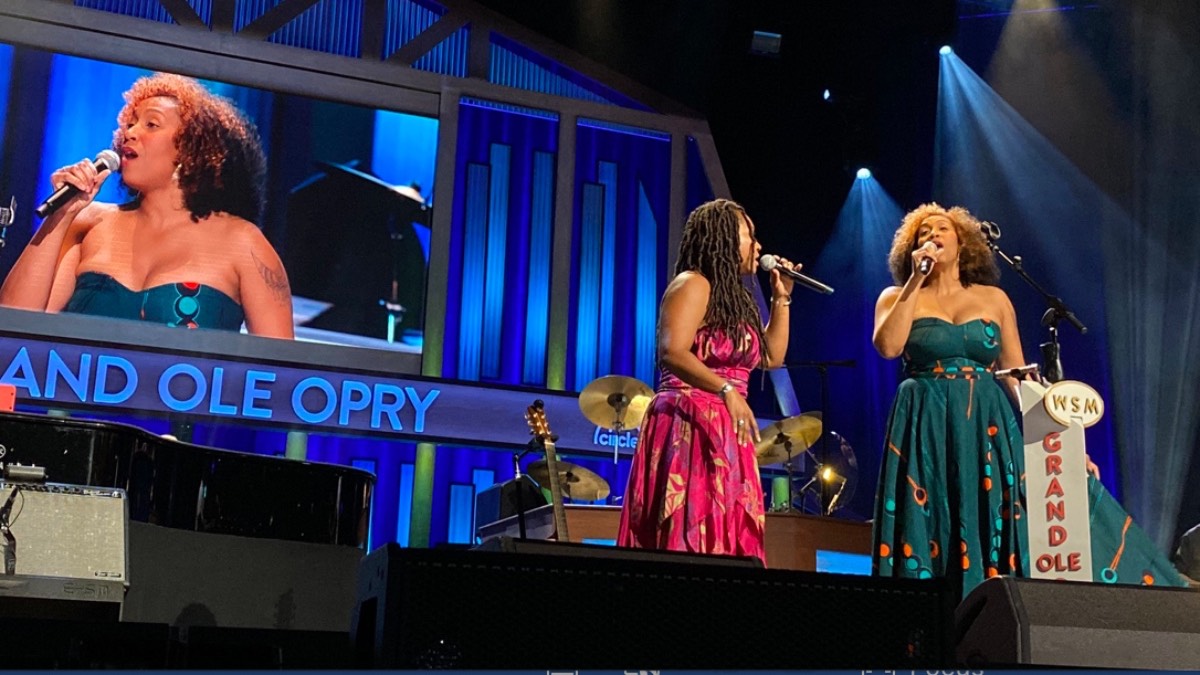 Miko Marks was surprised on Friday, August 12, that she will be making her own Grand Ole Opry debut on October 14, by Rissi Palmer when Marks took the stage to sing two songs with Palmer during her Opry performance.  You can see both artists performing at the Long Road festival here in the UK on Saturday August 27th. Grab your tickets now.

The two first performed a song they wrote together called “I’m Still Here,” and then performed “Flies On The Butter” by The Judds. Following the performances, Palmer surprised Marks with the news that she will be making her very own Opry debut on Friday, October 14, 2022, the same day she will release her album ‘Feel Like Going Home.’

After releasing her critically-acclaimed album ‘Our Country’ (via Redtone Records) in March 2021, Marks dove head first after a 13 year break from releasing music. She closed out 2021 with her EP release ‘Race Records’ which shined a light on the arbitrary divisions forced upon artists and audiences in the early days of music marketing in the 1940s.

In January of this year, Marks was named to CMT’s Next Women of Country Class of 2022 and by April, she stood alongside five other artists and managers chosen to participate in the inaugural Equal Access Development Program, a program designed by mtheory and CMT to foster and support marginalized communities underrepresented in the genre of country music. Now more than ever, the change needed is beginning to come to fruition; a change Marks feared she wouldn’t bear witness to in her existence: ‘I get emotional around it, because I didn’t think I would see any of this in my lifetime’ Marks says.

‘Feel Like Going Home’ is an amalgamation of where Marks has been and where she is going. What she has learned and what she wants to teach. It’s an innermost look at the ebb and flow of her past, present and future. It’s the stories she wants to tell but hasn’t been able to speak into existence ever before. The messages are profound: healing, restoration and distinctly individual. ‘Feel Like Going Home’ will be released on October 14, 2022.