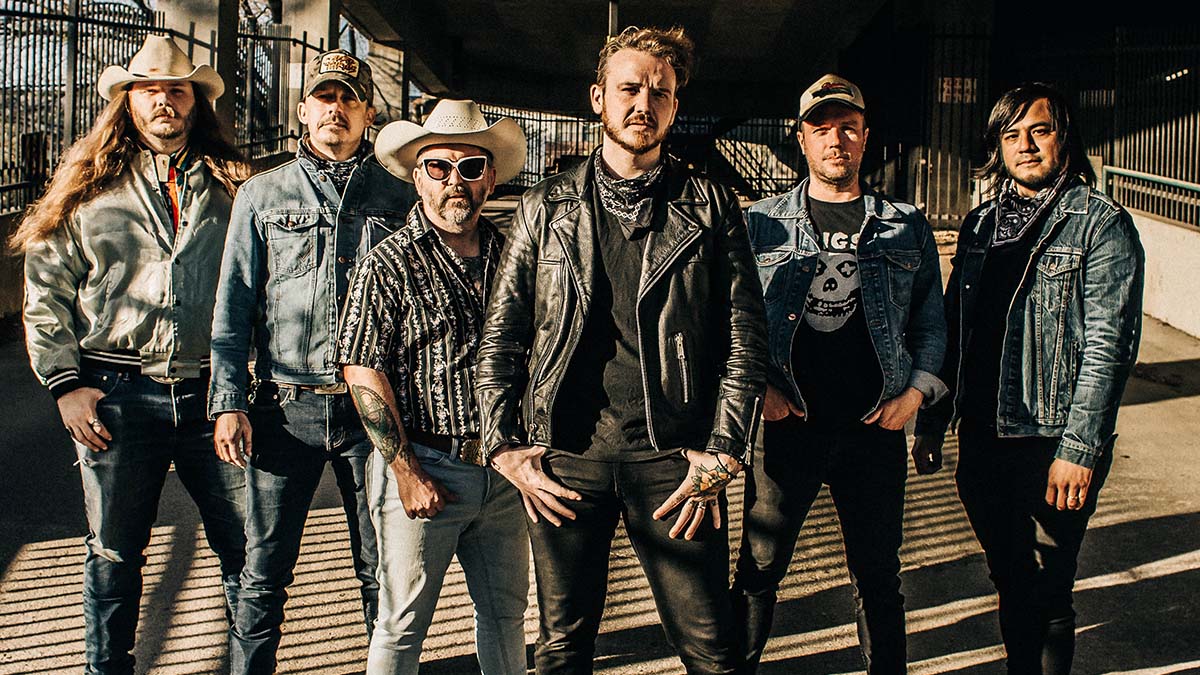 Joshua Fleming is the lead singer and principal songwriter of the Texas country-meets-punk band, The Vandoliers, which also includes bassist Mark Moncrieff, drummer Trey Alfaro, fiddler Travis Curry, electric guitarist Dustin Fleming, and multi-instrumentalist Cory Graves (who, I am assured, is completely unrelated to the former professional wrestler and current WWE commentator). He joined me from me from his music room, where several guitars could be seen hanging on the wall, to discuss the band’s latest, self-titled LP, which was released on Friday, August 12. The album mixes alt-country and punk with the various strands of Texas music, from blues to Latin horns. It’s one of the most unique, stand-out albums of the year so far, according to our review.

Recently, the Vandoliers have opened for punk legends Flogging Molly, Red Dirt icons The Turnpike Troubadours, and their former labelmates, Lara Jane Grace & The Devouring Mothers. The Troubadours went on hiatus prior to the pandemic, as frontman Evan Felker dealt with alcoholism. I mentioned to Joshua that the pandemic seemed to have allowed Evan to get on top of his issues; Joshua replied he’d been working on them for a while.

Previously, the Vandoliers recorded on the Chicago independent label, Bloodshot, known for its particular brand of “insurgent country.” Well before the pandemic, however, problems became apparent, with a nasty dispute between the various owners and management. The label eventually folded , leaving its artists looking for new homes.

Joshua told me that, between label and touring issues, it felt like they were “starting over.” “We weren’t playing theaters,” he said, when they went back to the road after the pandemic, returning instead to the bars, Recent gigs, noted above, have taken them back into larger venues, but this difficult, “after doing this for 20 years.” Going back to those smaller venues meant, sometimes, playing to very small audiences. Josh told me, “You have to decide if you’re going to play the same way to 2 people as to 200.” I interjected that there’s a certain amount of pride one takes as a professional, regardless of the audience.

I mentioned to Josh how, at a Los Lobos concert, I watched the band become increasingly frustrated at an equipment issue which didn’t make an audible difference to the audience — they knew the difference. Musicians are far more sensitive than their audiences; they work with their instruments every day, and they hear things we don’t.

In response, Joshua related an incident when the band was playing, and the power went out on an entire half of the side. He was able to keep playing and sustain the song while another act rigged up their gear to the rest of the band back online. Events like these, he said, lend shows their unique character; one of the thrills of live music is that it’s unpredictable and you don’t know exactly what’s going to happen when you go to a show. Neil Young’s recent live album, Noise and Flowers, is a fine record, but it’s also cherry-picked cuts from across a tour, and doesn’t capture any of this part of the live music experience. What Josh is talking about here gets to why we usually prefer live albums that document a whole, warts and all, rather than a more perfect record.

Much of the album had already been finished before the pandemic. When things shut down, Joshua figured they’d take a few weeks off, then come back in and put the finishing touches on it. Obviously, things didn’t work out that way, and when they did eventually return to the studio, masking and other precautions were in place.

Ultimately, the forced delay may have benefited the album. With the release delayed, Joshua spent additional time writing and came up with some of the tracks that ended up recording on the album. While they would no doubt have preferred to avoid these delays and difficulties, it’s hard to argue with the quality of the final product, which is their finest album yet.

Check out The Vandoliers self-titled new album on all platforms now.

In this article:The Vandoliers