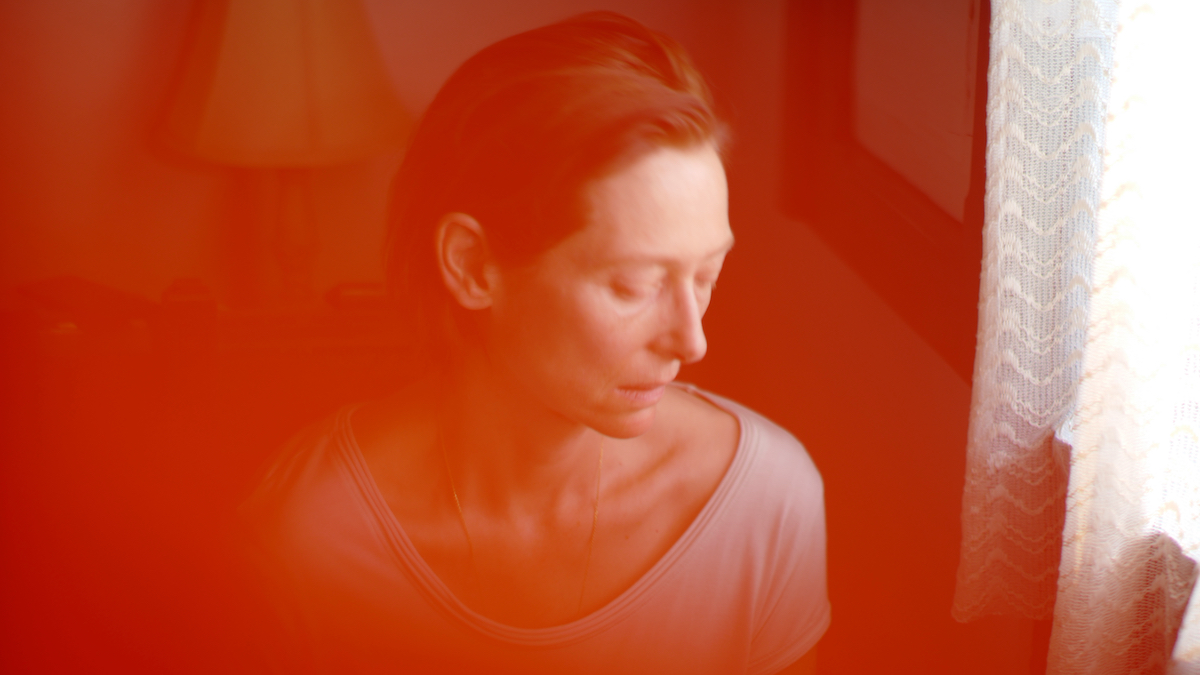 ‘Memoria’ is one of the most unique and extraordinary films I have seen in many years. It’s weeks now since I watched it and even though I initially struggled with it, and certainly didn’t engage with it emotionally, I have been unable to get it out of my mind. But even now as I begin writing this review, I couldn’t give you a definitive answer as to whether or not I liked it, never mind recommend it.

At times, Apichatpong Weerasethakul’s latest feels more like an art installation than a piece of cinema. Hypnotically paced, almost challenging you to stay awake, ‘Memoria’ is a haunting and meditative detective story, which perhaps makes it sound more entertaining than it actually is. Because make no mistake this is not an entertaining film, nor was it intended to be, but there’s a certain dreaminess to its sleepy rhythms that you can get lost in.

In the grand tradition of Béla Tarr, Andrei Tarkovsky, and more recent exponents such as Carlos Reygadas and Nuri Bilge Ceylan, Apichatpong Weerasethakul is a master of slow, contemplative filmmaking. ‘Memoria’ takes the theory and technique of slow cinema and pushes it almost to the limit. There is literally a scene in here where we watch a man take a nap.

Tilda Swinton stars as Jessica, a woman living in Bogotá, Colombia, who is being haunted by a noise only she can hear. A booming thud that almost sounds like a body hitting concrete. The film hints that she might be grieving, but would never explicitly state something so narratively conventional. She appears to work at a university as a researcher, but also is starting a flower business. She is also visiting her sister who is ill in hospital. None of these things really matter. They don’t come together, or coalesce in any meaningful way. We just follow Jessica as she tries to discover the source of the sound.

She visits an archeological excavation where some human remains from thousands of years ago have been discovered. Could this have something to do with the sound? In the film’s standout scene she visits Hernán, a sound engineer at the university, and asks him to help her recreate the sound with pre-recorded noises and effects. It’s another long and slow scene as we watch Hernán methodically work. When Jessica goes to visit him again he isn’t there, and no one seems to have any memory of him ever working there.

As you would expect for a film called ‘Memoria’, memory is a key theme. From the simple remembering of recent things, to more philosophical questions of nature and humanity, all the way to the profound anthropological notions of deep-rooted folk memory. ‘Memoria’ is baffling and incoherent at times. It’s also challenging, beautiful, mesmerising, exhausting, and ridiculous. Under the right conditions—total darkness and headphones at full volume—it’s a film that you could just let wash over you like a sonic cinematic bath. But under most other conditions it’s a bit of a slog.

The film is being released on a rather lovely dual format special edition, which comes with a specially limited run booklet featuring a collection of interviews and articles, including notes from British writer & screenwriter Tony Rayns, plus cast & crew biographies, additional behind the scenes photos and film stills from the production.

The disc comes with a 30-minute Q&A with Tilda Swinton talking with Simon Field at the ICA as they discuss Memoria, from the film’s inception, how she became involved, filming in Colombia, and how audiences have received the film worldwide. This is followed by a further Q&A with Peter Bradshaw talking with Swinton and director Apichatpong Weerasethakul in a fascinating insight into the making of ‘Memoria’.

There is also an engaging roundtable discussion between Simon Field, Tilda Swinton, director Apichatpong Weerasethakul, producer Diana Bustamante, editor Lee Chatametikool, and sound designer Akritchalerm Kalayanamitr as they each offer their own specialist insights into the making of ‘Memoria’.