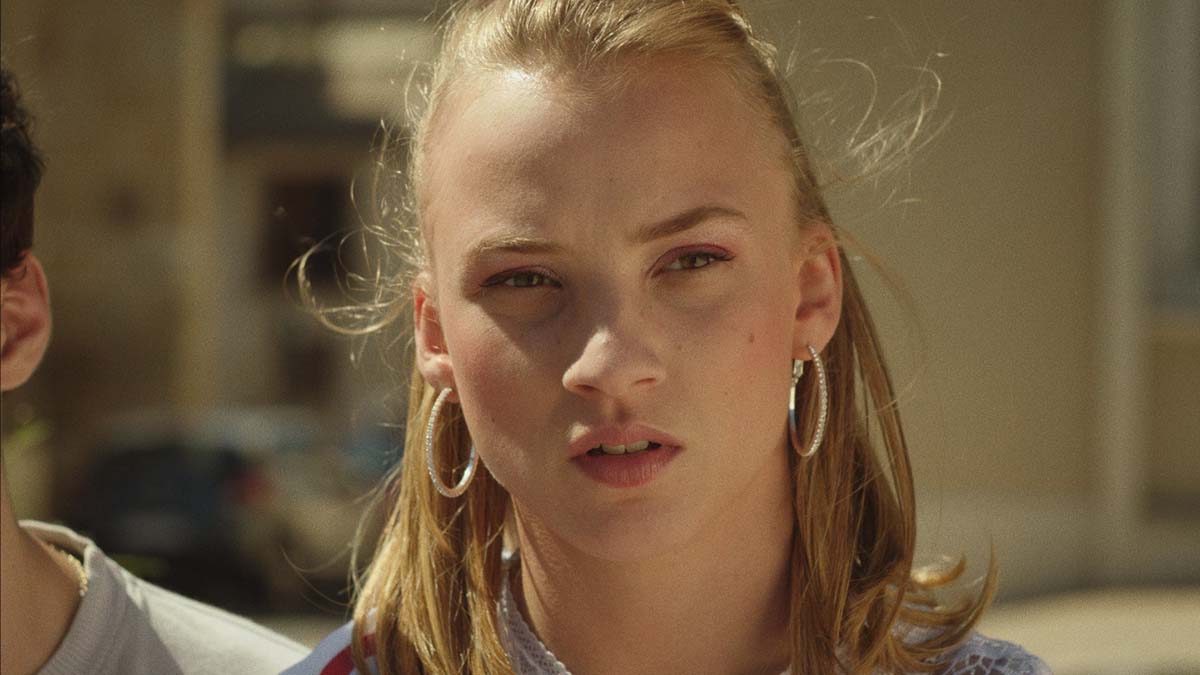 NQV Media continue the rollout of their ‘Girls Feels’ series with second instalment ‘Girls Feels: Forces of Nature’. Following on from ‘Girls Feels: Into the Blue’, this collection consists of five shorts from directors from Italy, France and the Netherlands. The theme that runs through this collection if the societal pressures that keep young women’s wants, bodies and desires under wraps, and there’s a hint of the fantastical about some of these stories too.

Opening the collection is Laura Samani’s ‘The Sleeping Saint’, which takes the viewer straight into a fantastical tale. 12-year-old Giacomina is chosen as the guardian of Saint Achillea’s statue for the annual procession but she’s thrown a curveball when her friend Silene is found in a state of paralysis. The short skirts the line between fantasy and reality, and it has shades of Shakespeare’s ‘A Midsummer Night’s Dream’ about it. For me, it’s not the strongest of the shorts here and I think it could prove divisive for audiences.

Sticking with the fantastical, Mael Le Mée’s ‘Aurore’ is a tale of sexual exploration for a young girl who is coming of age. Rather it be a straightforward tale though, ‘Aurore’ moves into fantasy as the titular character finds that she has powers that allow her to feel through the bodies of other people. Tensions escalate as she explores her sexual interests and while the short has some interesting ideas, I found it a little too bonkers to be able to take completely seriously.

The standout moment on this release is ‘Miss Chazelles’ by Thomas Vernay, which tells the story of two beauty pageant rivals who are far more interested in their burgeoning feelings for one another than they are winning a pageant. With tensions flaring between their families, the two girls are pitted against one another and as they become closer, those around them do everything they can to keep them apart. It’s a classic forbidden love story but it’s so well acted and directed that you can’t help but engage with it.

The other two shorts on the collection are ‘Grand Tour’ by Floor Houwink ten Cate and ‘Kaolin’ by Corentin Lemetayer Le Brize. ‘Grand Tour’ was one of the more forgettable moments, focusing on a 16-year-old girl who travels to an island to meet the first love of her life while ‘Koalin’ is a surprisingly heart-warming story about a wheel-chair bound little girl who wants to take part in the Grand Prix des Kaolins. The latter short has plenty of heart and some touching scenes as the determined girl battles her father to make her wishes come true.

‘Girls Feels: Forces of Nature’ isn’t quite as strong as the first instalment for me. It has its moments but overall I didn’t engage with this collection as strongly. I feel ‘Girls Feels: Into the Blue’ benefitted from a really strong thread that brought the four shorts together but that was lacking here. These films are all worthy of your time, and perhaps you’ll get more out of them than I did, but I hope the third instalment ‘Girls Feels: Skin Deep’ has a greater depth.

In this article:Girls Feels, Girls Feels: Forces of Nature