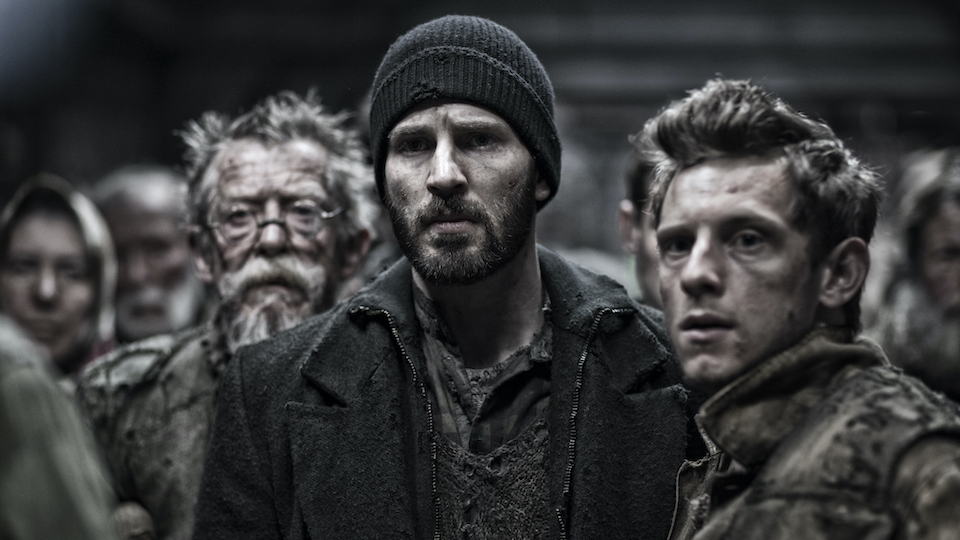 What a journey this film has been on to finally have a physical release here in the UK. Director Bong Joon-Ho’s allegorical sci-fi thriller was released in 2013, but unfortunately the distribution rights were in the hands of Harvey Weinstein. The notorious producer wanted to recut the film, but director Bong stood his ground, leading to Weinstein limiting the release of Snowpiercer in the US, and pulling it completely from the UK. Unless you saw it at the Edinburgh Film Festival in 2014, or were able to watch an imported DVD, the first time we got to see the film was a digital only release in 2018.

No doubt inspired by the sudden surge in interest in director Bong and his eclectic filmography after his glorious night at the Academy Awards in February, and the upcoming Netflix TV series inspired by the film, we finally have an HD release of Snowpiercer in the UK that we can hold in our hands. So has it been worth the wait? The answer is a resounding yes.

The film is set in the not too distant future, where an attempt to slow down climate change has led to global catastrophe, leaving the entire planet frozen and dead. The last survivors are now circling the globe on a gigantic train. A Noah’s Ark divided into strict class groups. The wealthy elite are housed in gilded luxury at the front. The poor and lower class are crammed into the squalor of the tail. For 18-years order has been maintained on the train through strict and brutal enforcement of this class divide. Know your place.

One of the residents of the tail section, Curtis (Chris Evans) has had enough of this regime, and leads a revolution against their oppressors. He wants to get to the front of the train and take control of the engine, but first he must get through the hordes of guards, and defeat the train’s sadistic political leader, Minister Mason, played beautifully by Tilda Swinton as a kind of Yorkshire accented dictator.

Featuring an all-star supporting cast, including Song Kang-ho, Octavia Spencer, John Hurt, and Jamie Bell, the first half of the film is a thrilling and brutal fight through the different carriages of the train. The production design is stunning, lending the film a grimy and claustrophobic, post-futurist aesthetic. As they fight their way towards the middle, they see a window for the first time in years, and catch a glimpse of the frozen wasteland that was once planet earth. It is hauntingly beautiful.

The action scenes—on this odyssey to the front of the train—are extraordinary. Superbly imagined and then stunningly realised by director Bong, they are terrific, brutally violent, and each one different from the last. Most importantly however—like all good action scenes should—they reveal character. This isn’t just violence for the sake of it, and Bong’s idiosyncratic direction brings some beautiful and unexpected grace notes to these scenes.

At the half-way point of the film, the world of the train expands, and the scope of the film expands with it, taking the story—though very linear and moving in only one direction—into unexpected places. The film’s thematic concerns around capitalism, class, and gentrification become ever more apparent. Watching it today—as the divisions between the haves and have nots become ever more vivid, as we teeter on the edge of climate catastrophe, and our political class treat us with nothing but contempt—for all its darkly tinged comic book fantasy, this is a film with thundering relevance.

What makes Snowpiercer such a blast is that it takes these deeply serious political messages, and mixes them into this violent, often very funny, occasionally very bleak, propulsive sci-fi action thriller. It is a thrill-ride of a film. Visually stunning, directed with the unique wit of Bong Joon-ho, and buoyed by terrific performances. How wonderful it is to finally own it.

As for the blu-ray itself, the picture and sound quality are excellent. It looks fantastic. There are some decent features on the disc, but somewhat disappointingly they have all been ported over from the 2014 Region-1 special edition DVD. It would have been nice for there to be something new included.

Transperceneige: From Blank Page to Blank Screen is a 54-minute documentary tracing the origin of the graphic novel and its journey to eventually being adapted into Snowpiercer. Chris Evans and Tilda Swinton on Snowpiercer sees the two lead actors discussing their roles and experiences of the making the film in a short interview clip.

The Birth of Snowpiercer is a short piece featuring interviews with director Bong and some of the cast. There’s some terrific behind the scenes footage here of the sets, sound stages, and impressive rigging used to make the train come to life. The End of the World and a New Beginning is a short-animated prologue depicting the savage moments before the train was boarded. Finally, there is a short featurette about the characters, including interviews with the main cast and director Bong.