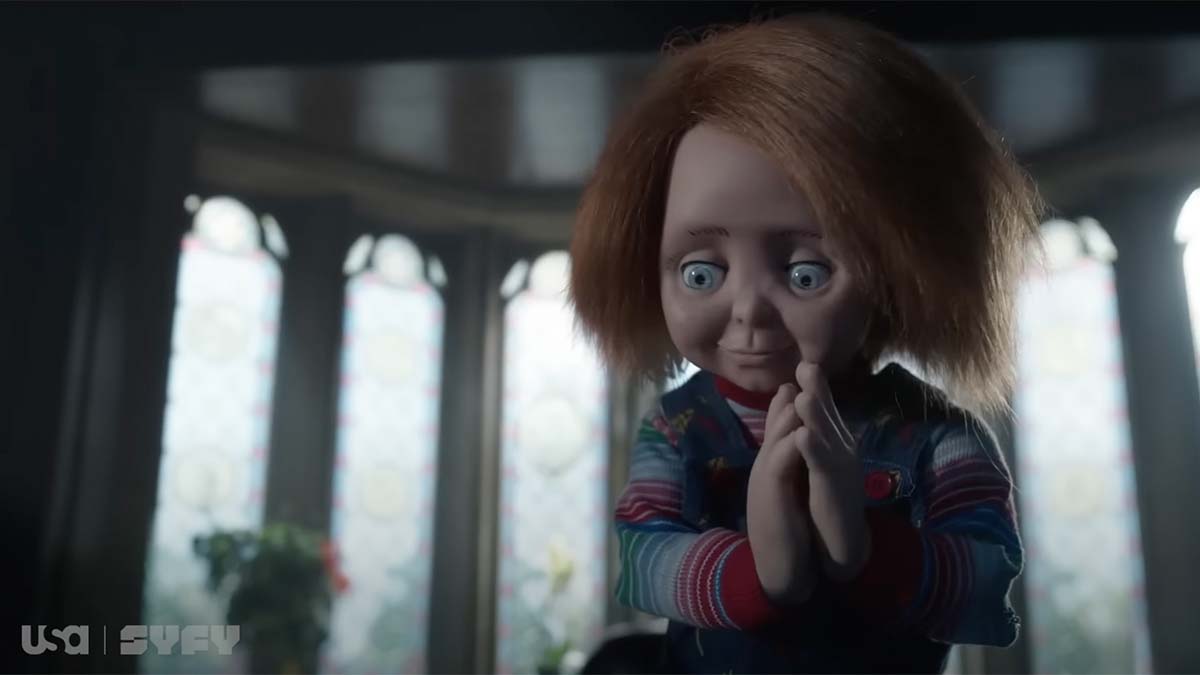 The second season of Chucky is coming this year and during Comic Con, the trailer for the new season premiered.

Due to land in the US on Syfy and USA on 5th October, with an international release date to be confirmed, the second season looks as mad as the first. In season one Chucky terrorised Hackensack and set his sights on closeted loner Jake Wheeler (Zackary Arthur).

Over the course of the season Chucky grew close to Jake and tried to get him to give in to his darker thoughts. Jake managed to resist, finding allies in love interest Devon (Björgvin Arnarson) and frenemy Lexy (Alyvia Alyn Lind) to fight Chucky.

In the season 2 trailer, Jake, Devon and Lexy look set to switch schools as we see them being shown around a religious school with Devon Sawa playing a new role as a priest.

Of course, it’s not long before Chucky is back to cause havoc along with Tiffany and a now limbless Nica. The trailer also teases the return of Chucky and Tiffany’s child Glen/Glenda, who appears to have their soul split into two different bodies.