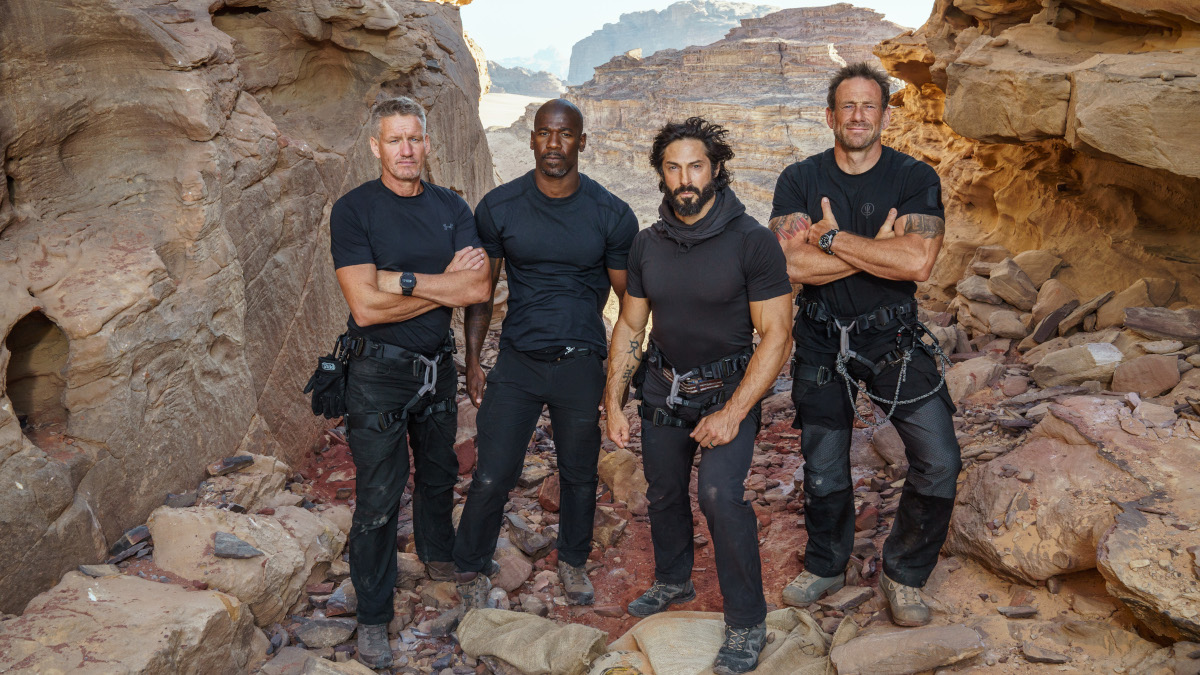 SAS: Who Dares Wins season 7 continued last week on Channel 4. During the penultimate phase of selection the remaining 9 recruits were tested on Leadership.

In episode 5 the DS split the recruits into two teams. They identified number 13, Sarah and number 10, Reece as needing to be tested and decided that they would lead the teams. After assigning the rest of the recruits to one of the teams they all headed out for a new task.

The task involved pushing two broken down vehicles 550m while under simulated mortar fire. These weighed 1000kg and were loaded with an additional 100kg of equipment. Before they could be moved, the vehicles had to first be dug out of sand traps. During the task number 10 went to pieces and struggled to lead. Number 13 made a much better effort and had Team Alpha clear the equipment from the vehicle first. This led to Alpha taking a 10 minute lead before Bravo even got moving. It looked like Alpha would easily win but they veered off the optimal path and got stuck in deep sand just 10m from the finish. Bravo eventually managed to catch up and crossed the line first.

Back at base, the DS brought in number 10 for tactical questioning. They asked about his performance as team leader and he spoke of his lack of confidence and fear of letting people down. The DS were surprised to hear he works as a stripper. They suggested he use the confidence he has from his job and apply it to improving his leadership.

Ahead of the escape and evasion stage, the DS set up a beasting designed to deplete the recruits of their reserves. The two teams had to compete to race laps around a circuit. Number 16, Cat began to struggle and fell. She lost her temper briefly but managed to recover and made it to the end.

After the beasting the DS brought number 13 in for questioning. Foxy said she was doing alright but she seemed disappointed in her performance. She spoke of letting people down and feeling worried that people would think of her as a bad person. This stemmed from an affair she was involved in that had hurt many people. The DS said she needed to forgive herself and move on.

To test the mental resolve of the recruits, the DS brought them in individually to answer a video call from home. Some recruits decided to accept their calls while others chose to decline.

At 1am, the recruits were woken up and sent out on the escape and evasion task. With just a compass and map, each team had to make it to two rendezvous points before moving to an extraction point. All the time they had to evade a hunter force. Team Alpha made quick progress but Team Bravo went completely the wrong way and got lost. Team Alpha made the first rendezvous point but were captured a short time later by the hunters.

In the series finale, two teams of recruits are captured by the hunter force and questioned by a specialist team of interrogators with over 40 years’ experience in war zones. They’re subjected to a variety of punishing interrogation techniques, as they use a cover story to hide their true mission.

In the most feared phase of the course, they receive severe punishments, being buried alive, and thrown in water tanks, to force a confession. As the recruits edge closer to the end of the course, who is tough enough to pass?

SAS: Who Dares Wins series 7 concludes at 9pm Sunday 15th May 2022 on Channel 4. Preview episode 6 with our gallery: